The Pfizer/BioNTech Covid-19 vaccine booster plan remains on track for the week of September 20, according to a source familiar with the discussion, but it may take a few weeks longer to move forward with boosters of Moderna’s vaccine.

There have been internal conversations within the Biden administration about scaling back the ambitious booster plan laid out by top federal health officials last month as the calendar nears September 20,when officials initially said boosters could be available for people who had either mRNA Covid-19 vaccine. A person familiar with the matter told CNN there was a meeting between top federal health officials and White House staff on Thursday in which officials warned that more time may be needed before enough data is in to recommend boosters for all adults, the person said.

Federal health officials relayed that Moderna’s submission was “found inadequate and needs strengthened data” from the company, a source said. The company announced on Twitter Friday that it has completed submission of its data on booster doses to the FDA. The agency is already evaluating data submitted by Pfizer/BioNTech for approval of a booster dose.

The Pfizer process remains on track, with the FDA’s Vaccine and Related Biological Products Advisory Committee meeting set for September 17, the source said.

“These things happen and are part of the process,” the source said. “We have and will continue to follow the science.”

The New York Times was first to report on the discussion about scaling back the booster shot plan.

FDA officials previously tried to get the White House to not put a specific date on when people should expect Covid-19 booster shots, but they did anyway. White House coronavirus response coordinator Jeff Zients and federal health officials have repeatedly said the September 20 booster rollout was pending signoff from the FDA and US Centers for Disease Control and Prevention. White House spokesman Chris Meagher echoed those thoughts Friday.

“We always said we would follow the science and this is all part of a process that is now underway. We are awaiting a full review and approval by the FDA and a recommendation by the (Advisory Committee on Immunization Practices). When that approval and recommendation are made, we will be ready to implement the plan our nation’s top doctors developed so that we are staying ahead of this virus,” Meagher said in a statement.

“Why would you announce this? Well, we need to have a plan and the plan would involve the vaccination of very large numbers of people in the United states with a booster dose,” Woodcock told Dr. John Whyte of WebMD during a virtual interview published online Thursday.

“We have to make a plan somewhat before we have all the data and I think that, John, is what’s confusing people,” Woodcock said.

Woodcock added that even though the FDA doesn’t have all the data it needs yet on booster doses, the studies are coming soon.

It’s likely that three doses of Moderna or Pfizer coronavirus vaccine will end up being the recommended full regimen for protecting people from Covid-19 infection, Dr. Anthony Fauci said Thursday, noting that it’s up to the FDA to make the final decision.

Fauci pointed to two Israel-based studies that showed a decrease in infections among people who got a third shot.

“But I must say from my own experience as an immunologist, I would not at all be surprised that the adequate full regimen for vaccination will likely be three doses,” Fauci, who is director of the National Institute of Allergy and Infectious Diseases, said at the White House Covid-19 response team’s briefing.

Waiting a few months in between doses allows the immune system to develop a full and mature response, which is then helped by a boost, he said.

“It is entirely understandable why the results that I just reported from the Israeli boost is so dramatic,” Fauci said. “And we all hope and I believe we have good reason to believe that that only will not be a strong response, but that it will actually be durable, and if it is durable, then you’re going to have very likely a three dose regimen being the routine regimen.”

Much relies on data that Moderna and Pfizer present to support their FDA applications, he said.

If FDA and the CDC’s Advisory Committee on Immunization Practices endorse a booster dose, the federal government will promote it, Zients said.

“Once the FDA and ACIP make their recommendations on boosters, that same intensity of operations and coordination and partnership will be applied to the booster campaign,” Zients said.

Johnson & Johnson is also studying the possibility of adding a second dose as a booster to its one-shot vaccine.

This story has been updated with additional details on Friday. 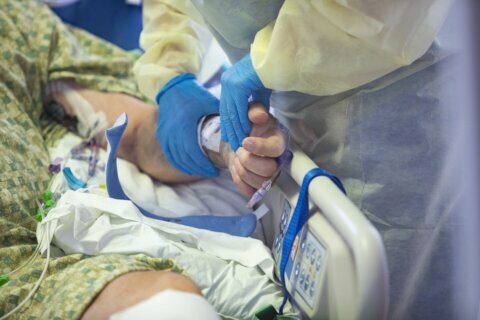