The average pace of first doses of COVID-19 vaccines being administered across the United States has nearly doubled from a month ago, according to a federal government tally.
Listen now to WTOP News WTOP.com | Alexa | Google Home | WTOP App | 103.5 FM

The average pace of first doses being administered across the United States has nearly doubled from a month ago, according to a federal government tally. The uptick is the latest sign of growing interest in the shots amid surging COVID-19 cases around the country and a push to vaccinate children ahead of the new school year.

Nationwide, the country was averaging around 441,198 new vaccinations per day as of August 5, according to figures released Tuesday by the Centers for Disease Control and Prevention. That represents a 95% increase from the mere 226,209 average of first doses recorded a month prior, on July 5.

The sharp turnaround comes after the average pace of new vaccinations had been plummeting for months, bottoming out around 218,696 on July 7.

Since then, the pace of first doses has steadily climbed in nearly every state. Some of the largest increases have come in areas that had long lagged the nationwide vaccination average, and are now besieged by spikes in COVID-19 cases, hospitalizations, and deaths.

In Alabama, which has one of the lowest vaccination rates in the U.S., the average pace of new vaccinations has climbed more than 100% according to the CDC’s figures from July 22. The next largest increase was in Louisiana, where first shots have accelerated 84%, followed by Nebraska and Minnesota. Alabama and Louisiana are among the states that have seen some of most severe COVID-19 surges so far this summer.

The largest share of first doses in the past two weeks has gone to adults between 25 and 39 years old. That group made up more than 25% of all Americans who started their COVID-19 vaccination regimens over the past two weeks.

Some of those new first doses may have been driven by a growing list of employers moving to push their workers to get the shots, including hospital employees and government workers. The share of unvaccinated Americans who said they would get a COVID-19 vaccine “only if required” fell from 6% to 3% last month, according to a poll from the Kaiser Family Foundation.

The Biden administration last week touted its own efforts to aid school districts in getting students vaccinated. For older teens headed to college, some 675 campuses have moved to require vaccinations for at least some of their students or staff, according to a tally by The Chronicle of Higher Education.

And with many children still yet to be fully vaccinated, many public health experts have renewed calls for states not to loosen mitigation measures ahead of the next school year.

“Despite high adult vaccination, the risks of both in-school SARS-CoV-2 transmission and resulting infections among students, educators/staff, and their household members remain high when the delta variant predominates and students are unvaccinated,” concluded the authors of a recent study funded in part by the CDC, which has yet to be peer-reviewed.

While children tend to face less severe symptoms of the disease, many are now flooding into hospitals at record numbers with COVID-19. Federal health officials have said they are investigating surging cases of the COVID-19 Delta variant among children.

“And so, my plea is that for those who are not vaccinated: Think about it,” the president added. 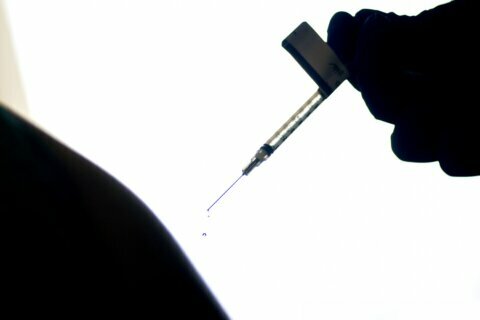