Coronavirus News: The nuance of dealing with COVID-19 | New cases in Montgomery Co. | 'Is It Normal Yet' Podcast: A perfect storm | Latest cases in DC region
Home » Coronavirus » Cardinal in serious condition…

A high-ranking Catholic cardinal who has COVID-19 is alive but in serious condition and has been sedated, according to officials at a Wisconsin shrine that he founded.
Listen now to WTOP News WTOP.com | Alexa | Google Home | WTOP App | 103.5 FM

MADISON, Wis. (AP) — A high-ranking Catholic cardinal who has COVID-19 is alive but in serious condition and has been sedated, according to officials at a Wisconsin shrine that he founded.

Cardinal Raymond Burke, one of Pope Francis’ loudest critics and a vaccine skeptic, tweeted Aug. 10 that he had caught the coronavirus. His staff tweeted Saturday that he was hospitalized and on a ventilator. His condition and whereabouts since then have been unclear. His staff has provided no official updates. The U.S. Conference of Catholic Bishops referred questions to officials at the Shrine of Our Lady of Guadalupe, which Burke founded in La Crosse, Wisconsin.

On Tuesday, the shrine issued a statement saying Burke is in serious but stable condition at an undisclosed location. He has been sedated and is still using a ventilator to breathe. He has received sacraments from priests nearby and several relics have been placed in his room. The statement did not elaborate.

The statement said no one should try to call Burke’s family, shrine staff or Burke’s residence in Rome to discuss his condition, saying such communications can become a “burden.” The statement said the shrine alone will release updates and then only if Burke’s status changes significantly.

“In humility, we understand that it is not necessary for us to know every detail of the Cardinal’s treatment,” the statement said. “Though his family realizes that the Cardinal ‘belongs’ to the Church, they also ask that we respect his privacy. The period of hospitalization, and for now isolation because of the COVID virus, may be prolonged as His Eminence’s body fights the infection and recovers strength. For the time being, the sedation assists his own peace and rest.”

Burke, 73, holds a doctorate in canon law. He served as bishop in the Diocese of La Crosse before becoming archbishop in St. Louis. He left St. Louis in 2008 to oversee the Vatican’s supreme court, becoming the first American to hold that position.

He has built a reputation as an outspoken conservative. He drew attention in 2004 when he said he wouldn’t give Holy Communion to Democratic presidential nominee John Kerry because Kerry supports abortion rights. In 2009 he chastised the University of Notre Dame over plans to give then-President Barack Obama an honorary degree because Obama, too, supports abortion rights.

Francis moved Burke out of the Vatican court in 2014 after Burke said the church was like a ship with no rudder.

He has been on the attack against Francis since then. He joined three other conservative cardinals in formally asking Francis in 2016 to explain why he decided to let remarried Catholics receive Holy Communion.

He also has joined a chorus of conservative and traditionalist criticism of Francis’ crackdown on the celebration of the old Latin Mass, calling the decision severe and saying he shared the sorrow of Catholics who felt Francis had unfairly attacked them.

Burke also has warned people that governments were using fear of the pandemic to manipulate people. He spoke out against mandatory vaccinations in May 2020, saying some in society want to implant microchips in people. He has said the best weapon for fighting the virus is Jesus Christ. 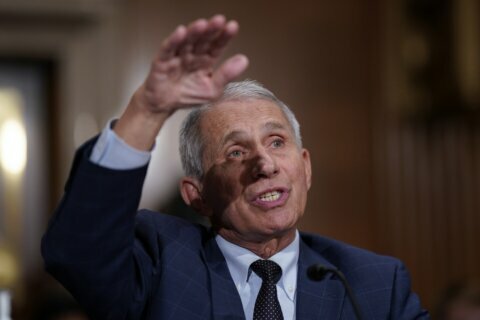