Rebuilding in COVID’s awful wake: One small step at a time

PARIS (AP) — The musical notes waft through the apartment window, from the fast-moving fingers of the accordion player serenading restaurant diners below.

For years, the wandering minstrel has been part of the decor in Montmartre, the bohemian Paris neighborhood where Edith Piaf warbled and Pablo Picasso kept a pet mouse in the disheveled studio where he revolutionized art.

The accordionist vanished during the height of the coronavirus pandemic in France, as if swept away. For 15 months, not a peep was heard from the buttons and keys of his squeezebox. Then, in late May, he suddenly reappeared.

And the crazy thing: In a world where so very little is as it used to be, his repertoire is — note-for-note — exactly as it was.

“Incredible,” says Nathalie Sartor, hanging out of her Montmartre apartment window on a June evening, humming along to his wheezy medley of tunes. “He has been playing under our window for 10 years, and in 10 years, his music hasn’t changed one iota.”

In a world deconstructed, derailed and upended by the viral storm, the few things that survived completely unscathed are both comforting and painful, reminders of what was but also of what has been lost: millions of lives, livelihoods, certainty.

“It’s when things start up again that you realize how hard it was,” says Sartor, 57, a teacher.

As a study of how people are trying, as best they can, to get through it all, The Associated Press honed in on Sartor and her family in Montmartre and on a couple in Brazil. Why them? Because their pandemic has been, on the whole, unremarkable — if one can say that of a world-changing cataclysm. It didn’t kill them or people they love. But it turned their lives upside down, and still is: They are us all.

The virus, such a minuscule speck of disease, has proved to be both a great leveler and great divider of humanity. Capable of reaching into the cells of all of Earth’s 7.8 billion inhabitants, regardless of who or where they are, it also has been the biggest stress-test of unity since World War II. It has both forced collective changes of behavior and torn open myriad old and fresh divisions.

The macro — countries hogging vaccines, leaving billions behind and unvaccinated, vulnerable to variants that pose new threats. The micro — neighbors applauding medical workers but also leaving them “you spread disease” notes. Friends both propped up and ignored each other. They socialized on virtual networks, but became de-socialized during months locked away.

It has been a pandemic of “all in this together” and “each unto his own,” an experience by necessity shared that also left many feeling utterly alone.

Sartor’s husband, João Luiz Bulcão, a photographer, feels weird talking about what they’ve been through, even though their experience speaks for billions.

“Others have suffered a lot more, no?” he says. “Everyone has their own reality, their own stories.”

Rebuilding the post-pandemic world will be a colossal human effort. People will have to dare to make plans again, take risks again, spend money again, make babies again. Love again, laugh again, be human again. But some of those things will be unattainable for untold millions who’ll emerge from the pandemic with even less than they had before.

In the 15 months that the Montmartre accordionist was silent, the pre-pandemic world of cavernous disparities further shattered into what will be a post-pandemic mosaic of even deeper chasms between haves and have-nots.

Multiple worlds — some with rich support networks and opportunities, others largely devoid of them — are emerging from the maelstrom that made billionaires richer and calved new ones, but which also worsened poverty, with an additional 100 million workers eking out existences on little more than $3 per day.

And in the furrows of inequality — in gaps of wealth, race and gender — the coronavirus planted deadly seeds and reaped its richest harvests. In wealthy countries, vaccinations are bringing down deaths, bringing back life and pulling families from the chrysalis of lockdowns. Many are mourning, pained, emotionally battered and mentally bruised but they’re also beginning the rebuild and envisioning futures.

Sartor has literally had to force herself to be sociable again.

“COVID separates people from their friendships. There are friends who live close by that we haven’t seen, people from Montmartre, who are within walking distance,” she says. “I’ve told myself that I must not fall into the trap of staying locked inside, the homebody habits of solitary people.”

Now fully vaccinated, Bulcão is hoping that France’s reopening to tourism will bring back commissions from romantics who hire him for artful photos in Paris, to immortalize their memories made in the City of Light.

But Brazil, where Bulcão was born and grew up, is still deep in the thick of its epidemic.

Just over one third of Brazilians have had first injections; in France, the figure has just passed one half. After losing 111,000 people — a quarter fewer than Brazil per head — to three infection waves, France is defrosting after months of restrictions and privations. Just in time for summer, restaurants, museums and borders are open again. France’s customary double-cheeked embrace abandoned as a potential kiss of death at the plague’s height is also coming back, as vaccinations make cheek-to-cheek intimacy feel safe again.

But as Brazil heads into winter, it is still adding more than 1,500 additional deaths per day to its total of over 515,000 lives lost. A third surge in infections looks likely. Normalcy is a long way off.

With roots in both countries, Bulcão, Sartor and their two daughters measure their good fortune.

“Had we been in Brazil,” says Sartor, “surviving would have been difficult.”

Gael, for a boy, or Carolina, for a girl. They currently top the list of names that Celso Franco Jr. and his wife Juliana are toying with for the baby they are too scared to conceive. Because making new life simply seems too risky when so many people are still losing theirs beyond the walls of the small apartment that is their life raft in Brazil’s storm of deaths and infections.

Juliana Franco, 35, would rather wait until they’re vaccinated, even though their turn likely won’t come before September. Her father survived a spell in intensive care with COVID-19. Her mother and one of her brothers also fell ill. And both knew people, acquaintances, who died.

Celso Franco Jr.’s job at a bank also gives him a front-row view of the devastation unleashed by the pandemic on Brazilian families with few, if any, welfare protections and businesses largely left to fend for themselves. He sees how clients have depleted their cash reserves, the jobs they’ve lost and axed, and how they no longer jump at his offers of credit.

“Now I only get calls to refinance debt, postpone investments,” he says. “The first time I saw some stores reopen, even for a short while, I was all emotional. This is very hard on business.”

The couple have lined their nest in Suzano, a commuter city near Sao Paulo, with trinkets that recall the time before Brazil became a no-go zone for foreign travel, red-listed internationally because of the contagious variant that first ravaged the Amazon city of Manaus. Magnets from Europe decorate the couple’s fridge. They have framed photos of a trip they made to Paris in October 2019. They hired Bulcão to freeze-frame the moment when Celso Franco Jr. got down on bended knee and proposed marriage with the Eiffel Tower as a backdrop.

They long to go back to Paris — with Gael, Carolina or whatever name they end up settling on for the baby. But they first have to feel safe enough again to actually make it.

“We want to get pregnant before the end of the year, but we are a bit afraid,” she says. “My sense is that the vaccine is not far off, so maybe we should wait until we get our shots.”

The vagueries of the pandemic with infection rates that rise and fall with seasons and policies have thrown humans out of sync with each other.

Rarely has the lottery of geography felt so influential, shattering the global pandemic experience. Deaths surging here, receding there. Restrictions loosened or tightened. Even within countries, cities, streets and households, it’s been a battle to keep track of what’s doable and what’s not. Phrases that won’t be mourned: “Do we need a mask?” “Kid, you got school today?”

When Bulcão snapped the bubbling Brazilian couple at the Eiffel Tower before the pandemic blew human trajectories to the winds, all those there that day shared those universal goals of love, life and the pursuit of happiness.

And then life just became survival.

Juliana texted Bulcão after the photoshoot, thanking him.

“Today was a very important day in our lives,” she wrote. “Sensational.”

But Bulcão hasn’t been back to the Eiffel Tower since the pandemic began. From being someone who’d jump on a plane at a whim, he was grounded.

“Now, I no longer know what I am going to do in the near future,” he says. “That’s what worries me: that lack of immediate perspective.”

Time, perhaps, will heal some wounds and bring some clarity.

Anaïs, Bulcão’s youngest daughter, says the darkest days of the pandemic in France are already becoming a hazy memory to her. Eligible for vaccination, the 17-year-old is out and about again, impossible to miss on Montmartre’s streets in her black-and-white striped soccer jersey, the colors of Botafogo, her father’s favorite Rio de Janeiro team.

“Looking back, it seems like the lockdown only lasted a day,” Anaïs says.

Her elder sister, Livia, is moving on, too. She was in Australia, traveling, discovering herself, when the coronavirus hit. Repatriated on a government flight, she found herself back at square one, at mum and dad’s, sharing a room with Anaïs. From there, the 23-year-old started putting pieces back together again.

Sweeping in from a day at work, and before rushing out again to dine with friends, she announced that she wants to resume her studies.

“It came over me all of a sudden,” she says.

Sartor responded with a squeal — “Yeeeeeeah!” — and clenched fists of delight.

When France started to ease out of lockdown in May, Livia and her friends went straight back to their Montmartre watering hole, “Le Chinon,” picking up where they had left off before the pandemic “as though nothing had changed.”

“I can live my life as I might have done had the pandemic not happened, with inconveniences that are tiny compared to other countries,” she says. “I am privileged.” 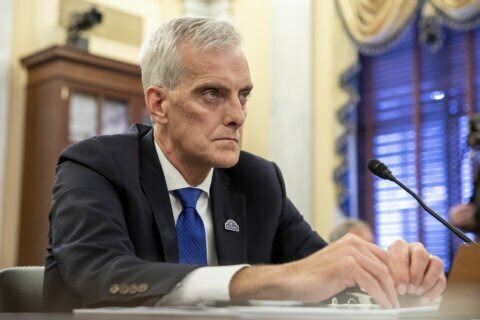 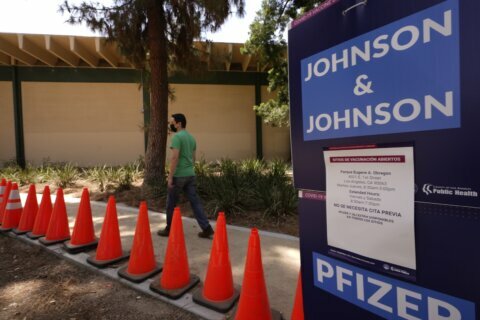 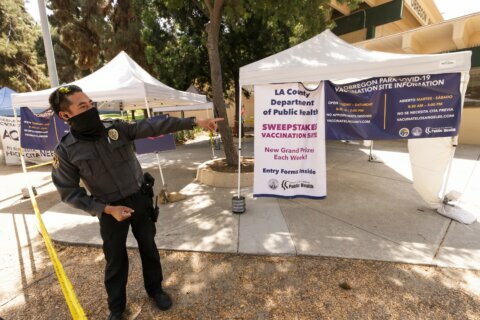