LONDON (AP) — Prime Minister Boris Johnson on Thursday rejected claims by his former chief aide that he botched Britain’s coronavirus response and is unfit for office, denying an allegation his government oversaw tens of thousands of needless deaths.

Health Secretary Matt Hancock also hit back after Dominic Cummings singled him out for criticism in an excoriating attack on the government.

Cummings, who left his job as Prime Minister Boris Johnson’s top adviser in November, claimed the government’s slow and chaotic initial response, and Johnson’s failure to learn from mistakes, meant that tens of thousands of people had died unnecessarily.

“People did not get the treatment they deserved. Many people were left to die in horrific circumstances,” he said during his hours of testimony to lawmakers on Wednesday.

Cummings — whose key role in the campaign to take Britain out of the European Union helped propel Brexit-backer Johnson into the prime minister’s post — said Johnson was “unfit for the job,”

Johnson brushed aside the criticism, saying “some of the commentary I have heard doesn’t bear any relation to reality.”

“This has been an incredibly difficult series of decisions, none of which we’ve taken lightly,” Johnson said. He said that “at every stage, we’ve been governed by a determination to protect life, to save life.”

“What people want us to get on with is delivering the (reopening) road map and trying, cautiously, to take our country forward through what has been one of the most difficult periods that I think anybody can remember,” he told reporters on Thursday.

Cummings accused Hancock of lying to the public and said he “should have been fired” for mistakes including testing failures that saw patients with the virus discharged from hospitals to nursing homes. Around 20,000 people died with COVID-19 in British nursing homes in the first months of the outbreak.

Hancock said “the unsubstantiated allegations around honesty are not true.”

“We worked as hard as we could to protect people who live in care homes,” he said at a news conference.

“But we could only do that once we had the testing capacity,” Hancock added, saying “it wasn’t possible” to test everyone being discharged from hospitals at the start of the outbreak.

The health spokesman for the opposition Labour Party, Jonathan Ashworth, said the government had questions to answer, whether or not Cummings’ testimony was true,

“These allegations from Cummings are either true, and if so the secretary of state (Hancock) potentially stands in breach of the ministerial code,…or they are false and the prime minister brought a fantasist and a liar into the heart of Downing Street,” Ashworth said. “Which is it?”

The government says it will begin an independent public inquiry into its handling of the pandemic within the next year. Opposition politicians, and families who have lost loved ones to COVID-19, want it to start sooner.

The U.K. has recorded almost 128,000 coronavirus deaths, the highest toll in Europe, and experienced one of the world’s deepest recessions in 2020 as three successive lockdowns hobbled the economy.

A mass vaccination campaign that started in December has brought confirmed cases and deaths down sharply, though Britain is now reckoning with a more transmissible new strain of the virus first identified in India. It is spreading across the country, with the number of cases doubling in the past week, according to Public Health England.

Scientists expect the variant become the dominant one in Britain, but they say existing vaccines appear to work against it.

Almost three-quarters of British adults have had one dose of a coronavirus vaccine, and 45% have had both doses.

The government has been lifting restrictions in stages, with indoor eating, drinking and entertainment venues reopening last week, but social distancing and mask-wearing rules still in place.

Hancock said it was “too early now to say” whether remaining social restrictions imposed to slow the spread of the virus could be lifted on June 21 as planned.

Johnson said removing the remaining measures would depend on how much the new variant drove an increase in cases, and the speed of the vaccination campaign.

“I don’t see anything currently in the data to suggest that we have to deviate from the road map,” he said. “But we may need to wait.” 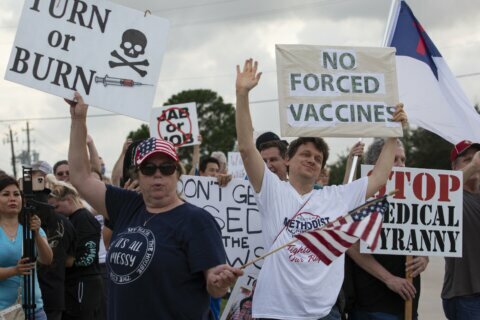 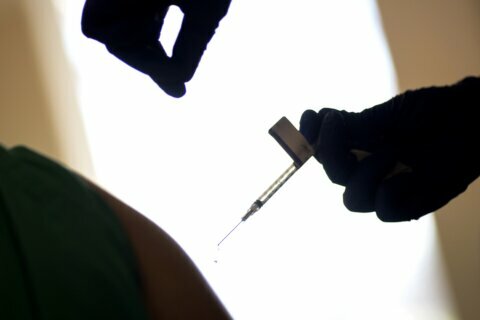