Biden marks vaccine progress, thanks troops ahead of holiday

President Joe Biden started the Memorial Day weekend by visiting a rock climbing gym in northern Virginia as the state lifted all COVID-19 distancing and capacity restrictions at private businesses and much of the nation pushes toward a greater sense of normalcy.
Listen now to WTOP News WTOP.com | Alexa | Google Home | WTOP App | 103.5 FM

ALEXANDRIA, Va. (AP) — President Joe Biden started the Memorial Day weekend by visiting a rock climbing gym in northern Virginia as the state lifted all COVID-19 distancing and capacity restrictions at private businesses and much of the nation pushes toward a greater sense of normalcy.

Biden sought to use the stop on Friday at Sportrock Climbing Centers — an 18,000-square-foot (1,670-square-meter) space of climbing and bouldering walls, a gym, and yoga studios — to celebrate progress made as the country looks to turn the corner on the coronavirus pandemic, which has killed more than 593,000 Americans and 3.5 million people worldwide.

The president, who later paid tribute to the armed forces with an address at an Air Force base elsewhere in Virginia, used the day to thank Americans who have already received vaccinations —about 51% of Americans are now fully vaccinated — and again urged Americans who haven’t to get their shot.

“All over the country we’ve gone from pain and stagnation of a long dark winter to an economy on the move,” Biden said. He added, “Americans of every party, race, creed have come together and rolled up their sleeves — literally — and done their part.”

This year, the long holiday weekend that marks the unofficial start to summer comes at a moment when the federal government and state governments are relaxing masking and social distancing rules now that a majority of Americans are vaccinated and more people are looking to return to their pre-pandemic routines.

Virginia Gov. Ralph Northam lifted coronavirus-related restrictions on capacity and social distancing in the state on Friday. He had already lifted Virginia’s indoor mask mandate for fully vaccinated people on May 15 for most indoor settings, though businesses can still require masks if they want to.

Biden appeared enthralled by the Sportrock climbers, who seemed unfazed as the president watched them climb. Asked by a reporter if he’d like to give it a go, Biden responded that he would “like to” but suggested he start with one of the easier walls.

“I’m not gonna try the angle wall. I’d try that wall,” Biden said with a grin, pointing to a flatter climbing wall.

The visit came as Biden is pressing Republican lawmakers to back a massive infrastructure bill to rebuild roadways and bridges, replace millions of lead waterpipes and more — something that the White House is pitching as a salve for an economy as the U.S. turns the corner on the worst public health crisis in more than a century.

“The American people are more ready to come together, I believe, than the Congress and the elected people,” Biden said.

Biden later traveled to Joint Base Langley Eustis, in the state’s Tidewater region, to thank U.S. troops for their service. After beginning with an emotional remembrance of his late son Beau, a veteran, Biden acknowledged the unheralded sacrifices made by the service members and their families.

“You are the very best of what America has to offer,” Biden said.

Biden also underscored his recent decision to pull troops out of Afghanistan later this year, expressing gratitude to service members who took multiple tours of duty in America’s longest war.

“My message for you is simple: Thank you,” the president said, adding that they were “1% of the population defending 99% of the rest of us. You’re incredible.”

The president was then scheduled to travel to his home in Wilmington, Delaware, where he is expected to spend most of the holiday weekend. He was slated to participate in a Memorial Day event there on Sunday before returning to Washington and visiting Arlington National Cemetery on Monday. 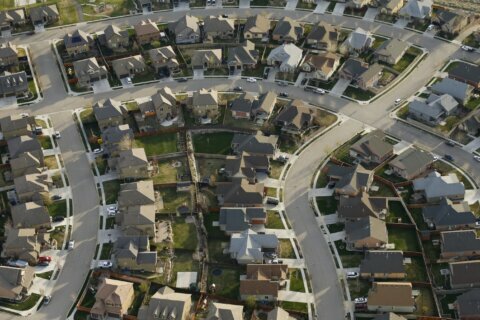 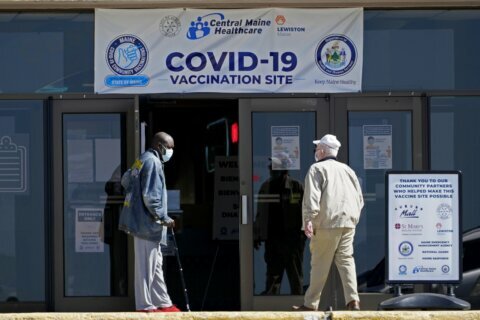