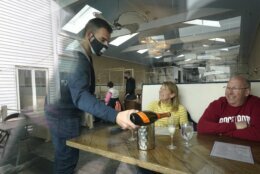 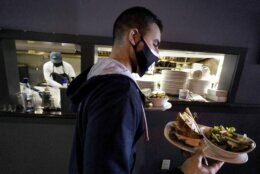 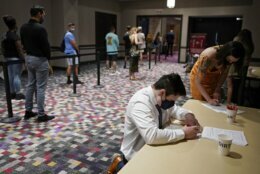 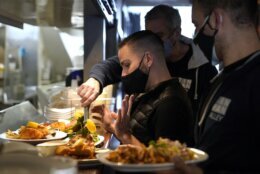 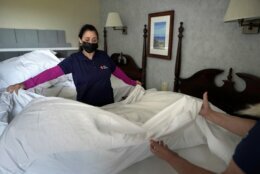 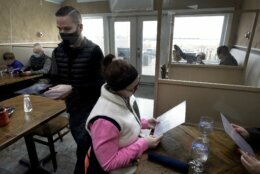 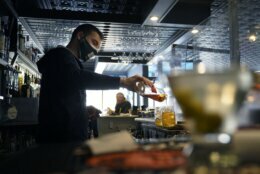 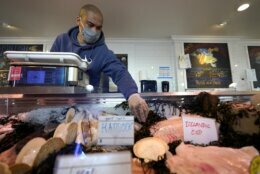 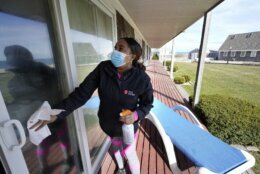 BOSTON (AP) — The owner of seafood restaurants on Cape Cod has eliminated lunch service and delayed the opening of some locations because his summertime influx of foreign workers hasn’t arrived yet.

More than a thousand miles away, a Jamaican couple is fretting about whether the rest of their extended family can join them for the seasonal migration to the popular beach destination south of Boston that’s been a crucial lifeline for them for decades.

As vaccinated Americans start to get comfortable traveling again, popular summer destinations are anticipating a busy season. But hotel, restaurant and retail store owners warn that staffing shortages exacerbated by the coronavirus pandemic could force them to limit occupancy, curtail hours and services or shut down facilities entirely just as they’re starting to bounce back from a grim year.

The problem, they say, is twofold: The annual influx of seasonal foreign workers has stalled in places because of the pandemic. Businesses have also struggled to attract U.S. workers, even as many have redoubled their efforts to hire locally amid high unemployment.

“It’s the ‘Hunger Games’ for these employers, fighting for getting these guest workers into the country while also trying everything they can to recruit domestically,” said Brian Crawford, an executive vice president for the American Hotel and Lodging Association, a Washington, D.C.-based industry group. “It’s really frustrating. They’re trying to regain their footing after this disastrous pandemic but they just can’t catch a break.”

Earlier this month, President Joe Biden let expire a controversial ban on temporary worker visas such as the J-1 program for students and the H-2B program for nonagricultural laborers imposed by former President Donald Trump.

But American embassies and consulates remain closed or severely short-staffed in many countries. The U.S. has also imposed restrictions on travelers from countries including the United Kingdom, Ireland, Brazil and South Africa because of the emergence of new virus variants or rising COVID-19 cases.

Advocates for the J-1 program, which brings in about 300,000 foreign students annually, urged the State Department in a letter Thursday to exempt the applicants from the travel bans and provide other relief so they can start their summer jobs. Ilir Zherka, head of the Alliance for International Exchange, which sent the letter along with more than 500 supporting groups and companies, argued the J-1 program doesn’t just benefit local economies, but also helps strengthen national security by promoting understanding and appreciation of U.S. culture.

Supporters of the H-2B program, meanwhile, have renewed their call to overhaul the program, which is capped at 66,000 visas per fiscal year. The Biden administration, citing the summer demand from employers, said Tuesday it will approve an additional 22,000 H-2B visas, but lawmakers from New England and other regions that rely on the visas for tourism, landscaping, forestry, fish processing and other seasonal trades say that’s still inadequate.

He’s slated to work at a waterfront restaurant in Sturgeon Bay, Wisconsin, this summer, but the U.S. Embassy in Ankara recently announced that it won’t be unable to process temporary work visas in time for the summer season.

Turkey has imposed a partial lockdown as the coronavirus surges there, but Küçükgenç is still holding out hope the embassy might relent if virus cases subside.

“I graduate next year,” he said. “I’m not sure when I’ll have another chance.”

In Jamaica, Freda Powell says she and her husband have secured their H-2B visas and will arrive on Cape Cod, where they’ve worked in retail stores and restaurants for roughly 20 summers now, in early May.

But the 55-year-old worries her siblings and other relatives might not be so lucky. The U.S. Embassy in Kingston has temporarily halted visa processing because of rising COVID-19 cases in her country, she says.

“In Jamaica, you can work, but it’s hand to mouth,” Powell said. “With the money you make in the U.S., you can buy a car, fix the house, send your kids to school and build savings.”

The uncertainty around international hires has forced American businesses to redouble their efforts to hire domestically, or make tough compromises until reinforcements can arrive.

In California’s Sonoma Valley, business leaders in the famous winemaking region are exploring the idea of pooling employees, among other workforce initiatives.

Mark Bodenhamer, head of the Sonoma Valley Chamber of Commerce, said a restaurant that serves breakfast and lunch could possibly share employees with one that does the majority of its business during evening hours.

“Those solutions are complicated and costly,” he said. “But at this point, it’s all hands on deck.”

In North Carolina’s Outer Banks, the tourist season is already in full swing, but staff shortages abound, according to Karen Brown, head of the beach region’s chamber of commerce.

Some restaurants have been forced to shut down once a week or halt curbside service, while in some hotels, managers are helping maids turn over rooms, she said.

“Everyone is pitching in where they can just to keep the wheels on the bus,” Brown said.

Mac Hay, who owns seafood restaurants and markets on Cape Cod, is among the business owners who have their doubts that extra efforts to hire American workers will pay off.

On a given year, he estimates about a third of his 350-person summer workforce ultimately has to come from seasonal visa workers from Mexico, Jamaica and elsewhere when the jobs aren’t filled locally.

Hay argues the foreign workers are the “backbone kitchen staff” — the line cooks, food prep workers and dishwashers — who make it possible for him to hire Americans for jobs they’re seeking, such as waiting tables, bartending and management.

“We simply won’t be able to meet demand without an increased workforce,” he said.

Business owners and experts say there are myriad reasons why U.S. citizens aren’t rushing to respond to the job boom, from COVID-19-related worries to child care issues or simply a decision to collect unemployment benefits, which have been increased and extended through the summer season in most places.

But the need for international workers on Cape Cod — where soaring housing costs have been a major barrier to generating a substantial homegrown workforce — boils down to a simple math problem, Hay said.

Provincetown, a popular gay resort community at the very tip of the cape, has just 2,200 year-round residents, yet restaurants like Hay’s employ about 2,000 workers in high season alone.

“We’re on a dead-end street up here, basically,” he said. “There’s no one else coming.” 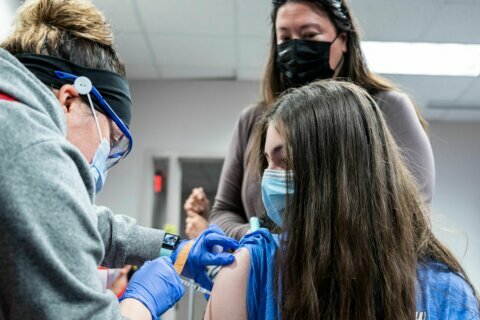 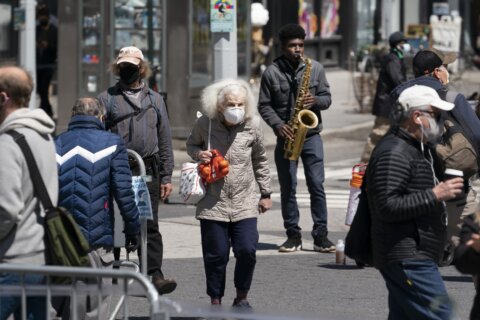 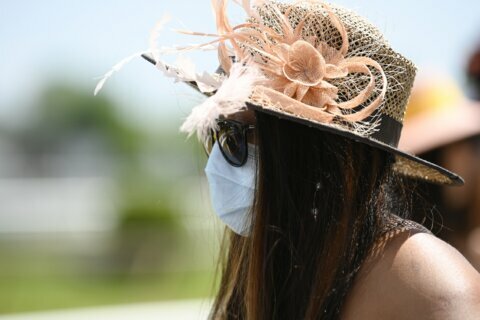