LANSING, Mich. (AP) — Detroit this week turned down 6,200 doses of the newly authorized Johnson & Johnson coronavirus vaccine, favoring shots from Pfizer and Moderna, but said Friday it will accept J&J doses in the state’s next allocation.

Mayor Mike Duggan had said Thursday that residents should get the “best” vaccines — from Moderna and Pfizer — conflicting with guidance from top state and federal health officials who caution against comparing the three vaccines and note all provide strong protection against the worst outcomes.

Duggan had also said the allotment of 29,000 Pfizer and Moderna doses “covered everyone who wanted a vaccination this week.” On Friday, he called J&J vaccines “a key part of our expansion of vaccine centers.”

Dr. Joneigh Khaldun, Michigan’s chief medical executive, said earlier in the week that people who are offered the J&J vaccine should “take it because declining … could be the difference between life and death.” In a statement Friday, she cited differences in when and where each company conducted its studies, with the Moderna and Pfizer research finished before concerning variants began spreading.

In the U.S., the two-dose Pfizer and Moderna shots were 95% protective against symptomatic COVID-19. J&J’s one-dose effectiveness of 85% against severe COVID-19 dropped to 66% when moderate cases were rolled in. The Food and Drug Administration has reported that, just like its predecessors, the J&J shot strongly safeguards against serious illness, hospitalization and death.

“All of the vaccines are safe and effective and I recommend that all vaccines be offered in all communities,” Khaldun said.

“In fact, he is very eager for the Johnson & Johnson vaccine,” Slavitt said of Duggan.

As of Wednesday, 11% of Detroit residents age 16 and older had gotten at least one dose. The statewide rate was 19%.

Detroit this week expanded vaccinations to any resident who is a factory worker, no matter their age or where they work. Non-residents can also get a shot if they work in manufacturing in the city.

J&J’s vaccine is produced using a cell line derived from an aborted fetus, which has prompted moral concerns from Catholic leaders. The chairmen of the United States Conference of Catholic Bishops’ committees on doctrine and abortion issues said the Pfizer or Moderna vaccines are preferable “if one has the ability to choose a vaccine.”

A $4.2 billion COVID-19 relief plan approved by Michigan’s Republican-led Legislature this week includes a provision that would require vaccine recipients to be informed if and in what manner their vaccine was developed with aborted fetal tissue or human embryonic stem cells. Democratic Gov. Gretchen Whitmer could declare the item unenforceable. 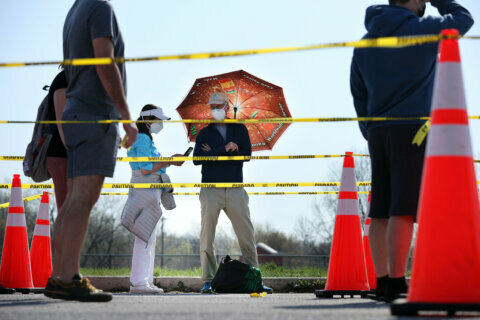