Defense Secretary Lloyd Austin has so far authorized a total of 25 teams of active-duty troops to support COVID-19 vaccination efforts. The move comes in response to a request from the Federal Emergency Management Agency (FEMA).

Pentagon spokesperson John Kirby told reporters on Friday that Austin had authorized 20 additional teams. The 25 teams will bring the total number of active-duty personnel who will be supporting FEMA’s vaccination efforts to over 4,700.

The first five teams were announced last week — the first tranche of 222 personnel are now on the ground at what FEMA calls a “mega-site” at California State University in Los Angeles, where mass vaccine operations start this week.

Ten of the new 222-member teams will support mega-sites, while the other 10 will deploy 139 personnel each to support smaller sites. 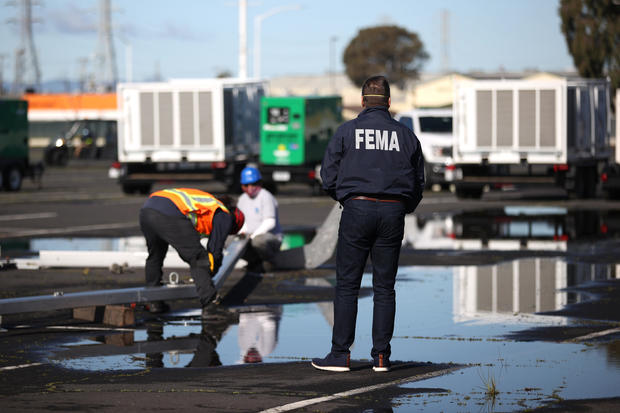 A Federal Emergency Management Agency (FEMA) official looks on as workers set up the new mass vaccination site at the Oakland Coliseum on February 12, 2021 in Oakland, California.

“What we’re trying to do is be ready when we’re needed,” Kirby said. He added that with the announcement, the Department can start to make sure the personnel are properly trained, resourced and that their commands have time to prepare for their departure.

FEMA has requested support for 100 vaccination sites, with deployments likely to exceed the estimated 10,000 active-duty troops initially requested by the federal agency.

Meanwhile, FEMA is seeking bids to contract trained vaccinators to assist with the COVID-19 vaccine rollout. The agency is planning to contract thousands of medical personnel by mid-March, according to a statement issued Friday. Contracted staff will provide vaccine support to a range of medical facilities, including community-based hospitals, state-managed centers and federally run vaccination sites. A FEMA official confirmed to CBS News that a draft statement indicated federal contracts would value about $3 billion total.

FEMA has provided states, tribes, territories and Washington, D.C. with more than $3.22 billion for expenses related to COVID-19 vaccination. The government agency has already deployed nearly 2,000 staff members across the nation to support existing vaccination centers.

According to FEMA, the National Guard Bureau has sent 1,201 vaccinators to 385 vaccination centers in 43 states and territories, with 351 interagency vaccinators have been deployed to Arizona, Nevada, New Jersey, Oklahoma and Texas.

But while personnel are in place, vaccine supply remains short, and cities and states are pleading with the federal government to send more. Los Angeles Mayor Eric Garcetti closed five of the city’s COVID-19 vaccine sites — including Dodger Stadium —on Friday and Saturday because of a lack of vaccine supply.

“We’re vaccinating people faster than new vials are arriving here in Los Angeles,” he said at a Wednesday night press conference. He added, “I’m concerned as your mayor that our vaccine supply is uneven, it’s unpredictable and, too often, inequitable.”

In Maryland, too, demand for vaccine is on track to exceed supply “for the foreseeable future,” the state’s governor, Larry Hogan, announced Thursday.

At a news conference Thursday, Hogan said Maryland isn’t receiving enough supply to vaccinate the two million Marylanders – including senior citizens — who are eligible for doses.

“They can’t schedule an appointment for a vaccine that does not yet exist,” Hogan said. “The basic problem is pretty simple: We need more damn vaccines.”

In Alabama, currently ranking last in the U.S. in per capita vaccinations, all vaccination sites are now booked through April.

President Biden addressed the much-needed boost to vaccine supply while touring the National Institutes of Health labs on Thursday.

“It’s really turned out to be a gigantic logistical issue for us,” Mr. Biden  said, taking aim at the Trump administration. “My predecessor — I’ll be very blunt about it — did not do his job in getting ready for the massive challenge of vaccinating hundreds of millions.”

David Martin contributed to this report. 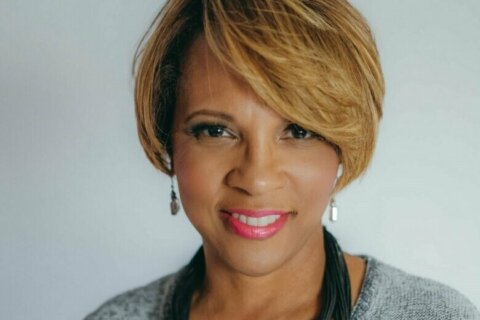 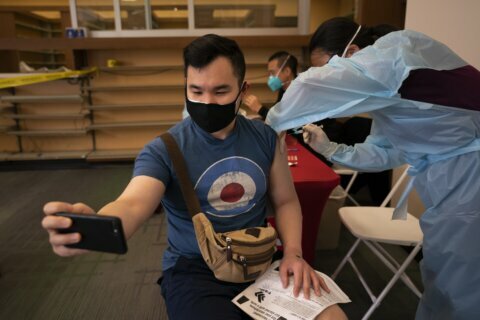