WASHINGTON (AP) — U.S. employers shed jobs last month for the first time since April, cutting 140,000 positions, clear evidence that the economy is faltering as the viral pandemic tightens its grip on consumers and businesses.

At the same time, the unemployment rate stayed at 6.7%, the first time it hasn’t fallen since April.

Friday’s figures from the Labor Department depict a sharply uneven job market, with losses concentrated among restaurants, bars, hotels and entertainment venues, many of them affecting low-income employees, while most other sectors are still adding workers. Still, the nation has nearly 10 million fewer jobs than it did before the pandemic sent it into a deep recession nearly a year ago, having recovered just 56% of the jobs lost in the spring.

The pandemic will likely continue to weaken the economy through winter and perhaps early spring, and further job losses are possible in the coming months. But many economists say that once coronavirus vaccines are more widely distributed, a broader recovery should take hold in the second half of the year. The incoming Biden administration, along with a now fully Democratic-led House and Senate, is also expected to push more rescue aid and spending measures that could accelerate growth.

“Hopefully it is indeed darkest before the dawn,” said Leslie Preston, senior economist at TD Bank. “We’ve got the vaccine and the stimulus, which are imminent, and which we do expect to turn things around.”

For now, the renewed surge in virus cases, as well as cold weather, has caused millions of consumers to avoid eating out, shopping and traveling. Re-imposed business restrictions have shut down numerous restaurants, bars, and other venues. Economists at TD Securities estimate that more than half the states have restricted gatherings to 10 or fewer people, up from about a quarter in September. New York and California, among others, placed strict new limits on restaurants last month.

New viral cases continue to set daily records. And on Thursday, the nation registered more COVID-19 deaths in a single day than ever before, topping 4,000. The virus is surging in several states, with California, the largest state, hit particularly hard. Skyrocketing caseloads there are threatening to force hospitals to ration care.

Last month, restaurants, bars, hotels, casinos, movie theaters and other entertainment venues shed nearly 500,000 jobs, the most since April, when nationwide shutdowns triggered 7.6 million layoffs. While those employers will regain some jobs as the economy recovers, changing consumer habits will likely mean that a portion will be gone for good. Business travel, for example, may not return to pre-pandemic levels.

Most other industries added jobs in December, with manufacturers, construction companies, and higher-paying professional services such as architecture, engineering and accounting hiring more workers. The huge disparities among industries are sure to exacerbate economic inequality, given that most of the job losses are in lower-paid industries, while middle- and higher-paid workers have largely remained employed.

Andrew Walcott had to furlough four employees at his restaurant, Fusion East in Brooklyn, just before Christmas, after New York state stopped allowing indoor dining. He has shifted to takeout and delivery. Yet customers aren’t even allowed into his restaurant to pick up their food; they have to wait for it outside.

In September, his restaurant was allowed to seat diners up to 25% of capacity. With that, along with takeout and delivery and a food truck, his revenue reached 60% of pre-pandemic levels. He brought back half his 15-person staff.

But after last month’s layoffs, only Walcott himself, plus a manager and a head chef, with occasional part-time help, are left.

Under financial pressure, consumers as a whole spent less during the holiday shopping season than in previous years, based on debit and credit card data tracked by JPMorgan Chase. Such spending was 6% lower in December compared with a year ago. That was worse than in October, when card spending was down just 2% from the previous year.

The $900 billion financial aid package that Congress enacted last month should also help propel a recovery, economists say. It will provide a $300-a-week federal jobless benefit on top of an average weekly state benefit of about $320. In addition, millions of Americans stand to receive $600 payments, and the Treasury Department said Thursday that 8 million of those payments were going out this week.

Goldman Sachs has upgraded its forecast for economic growth this year to a robust 6.4% from its previous estimate of 5.9%. Its upgrade was based in part on the expectation that the Biden administration will implement more stimulus.

Friday’s monthly jobs report, the last of Donald Trump’s presidency, shows that the nation has 3 million fewer jobs than it did four years earlier. That makes Trump the first president since Herbert Hoover (1929-1933), early in the Great Depression, to preside over a net loss of jobs.

All the job losses during the Trump administration occurred after the pandemic struck. Before then, the unemployment rate had reached a 50-year low of 3.5%. Still, Trump had pledged to create 25 million jobs in four years.

In Europe, a resurgence of the virus has also led to renewed lockdowns and possibly a sharp economic contraction in the final three months of the year. In the 19 countries that use the euro currency, government programs have helped prevent mass layoffs. Still, the unemployment rate in the eurozone was an elevated 8.3% in November. 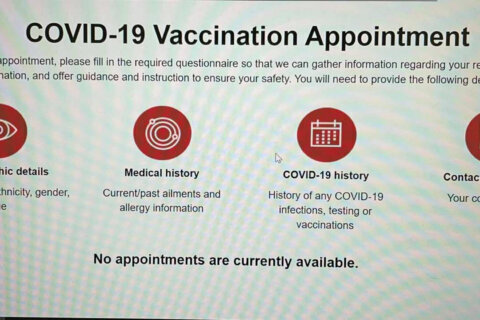 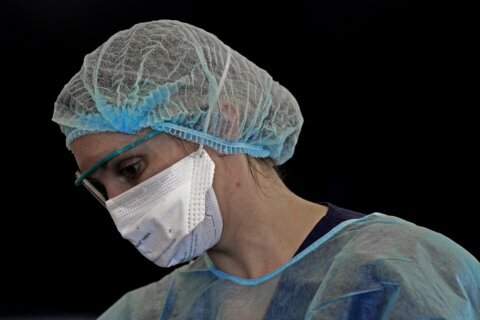 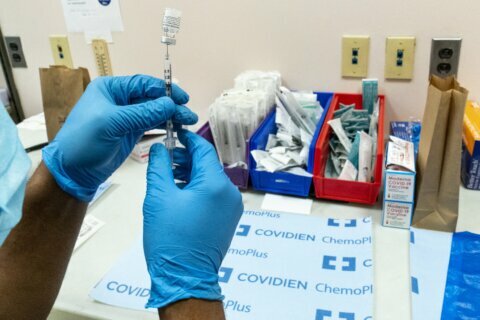