In their own words: Public health officials on front line

Public health officials around the U.S. talk about the challenges they have faced this year as they do their work.
Listen now to WTOP News WTOP.com | Alexa | Google Home | WTOP App | 103.5 FM
(1/4) 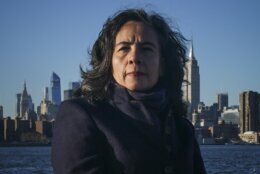 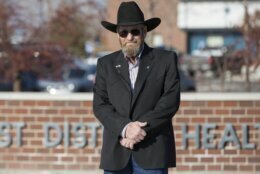 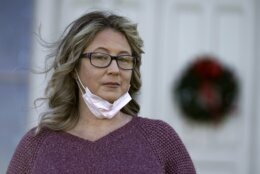 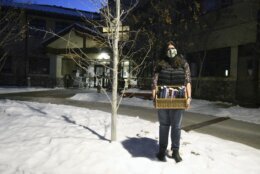 Public health officials work to keep the nation safe and healthy, overseeing everything from water inspections to childhood immunizations.

They typically work behind the scenes, but the coronavirus pandemic has thrust many into the spotlight. Sharp political divisions in the United States have prompted a backlash. Many public health officials face harassment, threats and lawsuits, all while working to battle the COVID-19 onslaught.

For some, the constant pressure and pushback has become too much. An investigation by The Associated Press and KHN found that at least 181 state and local public health leaders in 38 states have resigned, retired or been fired since the beginning of the pandemic, the largest exodus of public health leaders in U.S. history. In addition, there are now efforts to strip their governmental health powers, both in state legislatures and the courts.

The AP and KHN spoke with public health officials around the country about the challenges they have faced this year as they do their work.

Linda Vail, 59, health officer for the Ingham County Health Department in Michigan, said the support from elected officials and the community makes it possible to stay in her job despite death threats.

“I get hate emails. They say, ‘We’re going to take you down like the governor,’ and you know what that means, with the kidnapping threat. But among the most concerning, I received an envelope at my home. Typed. My name and my home address. And I opened it up and inside it is an 8.5-by-11 piece of paper that has a Nazi soldier wearing a Nazi swastika, and a Democratic donkey. It said: ‘It’s not fascism when we do it.’ …

“I could retire any time. I’m going to do the right thing.”

Dr. Oxiris Barbot, 55, left her job as commissioner of the New York City Department of Health and Mental Hygiene after she and Democratic Mayor Bill de Blasio clashed over control of the virus response.

“My concern for public health front-line (workers) is the same as my concern for health care workers, front line. Right? The only difference in my mind is that health care workers are more visible in terms of the degree to which, you know, they’re at a breaking point. But public health workers are at that same breaking point, but they’re just more invisible.”

Kelly Aberasturi, 62, a commissioner in Owyhee County, Idaho, has served on the board of Southwest District Health for 10 years, and believes the dangers of the coronavirus were overhyped by the media to hurt President Donald Trump’s reelection campaign.

“I don’t believe in mandates. I would never push a mandate on anyone. My job as an elected official is: Do what the citizens want. The citizens in my county are at least — at least — 80% would be against mandating masks. …

“You have a whole bunch of citizens out here that do not trust what’s going on right now and are very confused at what’s going on, because none of it makes sense because the information is not consistent. …

“Do I like my doctor? Do I think he does a great job? Absolutely. Do I trust what the medical field puts out there? No.”

Tisha Coleman, 47, the public health administrator in Linn County, Kansas, has been harassed and sued as her health recommendations are ignored.

“It’s frustrating because we are the professionals, as far as what’s health-related, and that’s our job. …

“We’re a small community and I’d say politics has been a big part of this. … Everyone has an opinion, and their opinion is gold. And there’s so much misinformation out there that people just grasp onto the misinformation and run with it. …

“I just want people to understand we are human, too, we have feelings, too. And we are doing the best that we can with the information that we have and trying to protect and keep people safe.”

Karen Koenemann, 49, resigned from her position as public health director for Pitkin County, Colorado, which oversees Aspen, after realizing it was always “Groundhog Day.”

“I think of the pandemic as the ultramarathon that we were required to do at a sprint’s pace. And we walked into that ultramarathon emaciated, we didn’t train well for it, we didn’t have the strength going in. …

“Every day I do the best I can and I am giving so much, so much of myself to this job and this community. And all I get is criticism and it just was like, ‘Why am I doing this?’ Life is too short.”