As coronavirus cases hit unprecedented levels across the nation, local leaders are taking drastic measures to slow the spread of the virus as the holiday season looms. The number of new infections recorded each day in the U.S. has doubled in just three weeks, and Americans are now dying each day at levels not seen since the worst months of the pandemic.

Chicago’s mayor, Lori Lightfoot, on Thursday issued an advisory asking residents to stay home for the next 30 days, beginning Monday. “And while this is tough, and this whole year has been tough, we must tell you you must cancel the normal Thanksgiving plans,” said Lightfoot.

Restrictions are also being considered at the state level. Illinois Governor J.B. Pritzker said Thursday that he may impose a statewide stay-at-home order in the coming days.

In Michigan, Governor Gretchen Whitmer warned that hospitals are running dangerously low on personal protective equipment.  “Our case numbers are skyrocketing,” Whitmer said, adding, “Right now this curve is a straight line, and it is straight up.”

In New York City, residents are bracing as positivity rates rise. The citywide positivity rate hit 2.6% on Thursday, closing in on the 3% threshold that would trigger a shift to remote learning in all public schools.

One parent said fully remote learning would be devastating for her 3-year-old son, who is autistic. “He cannot sit for more than 10 minutes at a time. After that, he’s just frustrated, he’s crying,” she said. “It’s been really difficult.”

In New Jersey, the surge is worse. This week, the state announced its highest daily case total since April. Newark Mayor Ras Baraka has implemented a 9 p.m. weekday curfew for parts of the city for at least the rest of the month.

“If I don’t get elected tomorrow because of what we do in Newark, I don’t care,” Baraka said, adding, “My family lives here. My friends live here. Six police officers have died.” 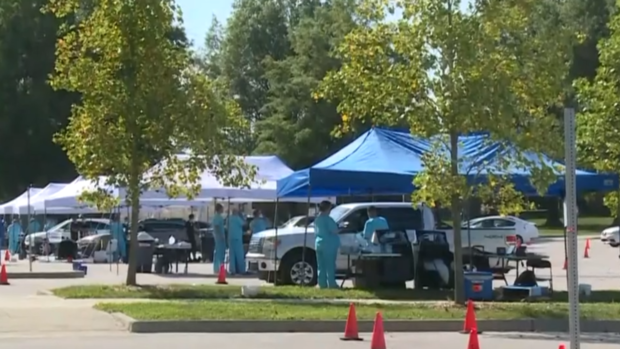 Cars line up at a mobile testing center.

In Kentucky, the state’s Supreme Court on Thursday upheld new public restrictions issued by a Democratic governor in a red state. The restrictions include a requirement that people wear masks in public, which many have opposed.

“I’m done with politics when it comes to this battle,” said Governor Andy Beshear. “This is about saving lives of Kentuckians. Period.”

On the West Coast, bumper-to-bumper lines for COVID-19 testing stretch well into the night at Los Angeles’ Dodger Stadium. California is now on the brink of becoming the second state to reach one million confirmed coronavirus cases after Texas hit the grim milestone earlier this week.

“We could lockdown for four-to-six weeks and if we did that, we could drive the numbers down like they’ve done in Asia, like they did in New Zealand and Australia,” Osterholm said.

But his message isn’t resonating everywhere. What’s described as the nation’s largest indoor water park opened Thursday in Austin, Texas. Meanwhile, the first cruise ship to sail in the Caribbean since March is now docked in Barbados because a passenger tested positive for the virus. Other passengers must remain in their cabins. 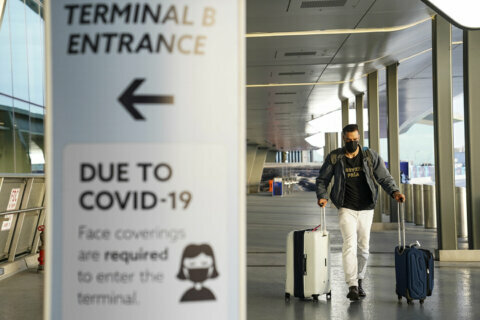 What guidance is CDC giving for holiday travelers? 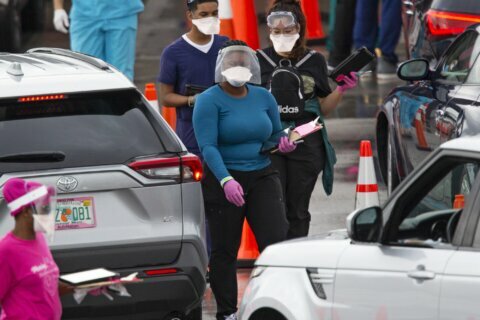 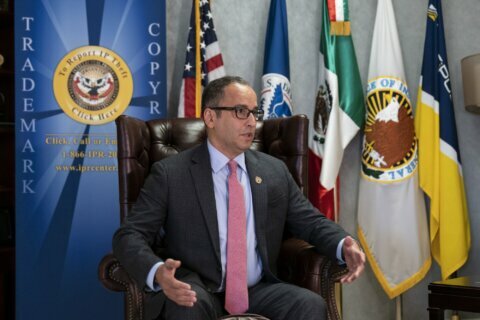