BOSTON (AP) — Once a coronavirus hot spot, Massachusetts was seen as a model for infection control this summer as coronavirus cases and deaths dwindled. Now, experts are warning the state could be headed for a bleak winter as its cases climb once again and confirmed deaths surpass 10,000.

Amid growing calls for action, Republican Gov. Charlie Baker recently tightened restrictions but has resisted taking more drastic measures such as halting indoor dining. The governor insists Massachusetts is better prepared than it was in the spring, but says if the trends continue it will only be a matter of time before the state’s hospitals are once again stressed under a flood of patients.

“We know how close we got to a completely overwhelmed health care system in the spring and we are not willing to go there again,” said Shira Doron, an infectious disease physician and hospital epidemiologist at Tufts Medical Center.

Massachusetts hit 10,015 confirmed coronavirus deaths on Thursday, nearly nine months after the state’s initial case was detected. Confirmed cases have topped 174,000 and the number of cities and towns designated as “high risk” nearly doubled over a two-week period last month.

Nationwide, the pandemic has killed more than 240,000, but the real toll is thought to be much higher, in part because many COVID-19 deaths were probably ascribed to other causes, especially early on, before widespread testing. Massachusetts has the sixth-highest death toll in the U.S. behind New York, Texas, California, New Jersey and Florida.

Experts are particularly concerned about data gathered from testing wastewater in the Boston area that shows a spike in the presence of coronavirus similar to that seen around April and May.

Young people are driving the rise in infections, officials say, unlike in the spring when nursing homes were being ravaged. While younger people are somewhat less likely to get seriously ill or die from the virus, experts say it’s only a question of when it begins spreading again in the older and more vulnerable populations.

“We’re about to go celebrate a holiday where huge portions of the country get on airplanes and get in cars, drive to their family’s house and sit inside all day around a meal,” said Benjamin Linas, an infectious disease specialist at Boston Medical Center. “And if we’re going into that in an already surge type situation, then we really could see this kind of really big growth that we haven’t experienced before because we’re just pouring gas onto a fire,” Linas said.

The virus has been especially ruthless on Massachusetts’ communities of color, with many of the state’s hardest-hit areas those with high numbers of Black and Latino residents. And as virus numbers climb again, some residents of color say they feel they’re being left behind by city and state leaders in the response to the pandemic and economic fallout.

“COVID has hit us. Unemployment has hit us. Racism has hit us,” said Priscilla Flint-Banks, whose 87-year-old mother, Ruby Mae Kinney, died in April at a nursing home in Boston’s historically Black neighborhood of Roxbury. “People keep saying, ‘Black Lives Matter.’ My thing is, if Black lives matter, prove it.”

Flint-Banks, who’s part of a group that’s advocating for things like better testing in Boston’s Black communities, said she’s afraid of what’s to come as people who’ve grown weary of isolation let their guards down.

She knows all too well how quickly the virus can kill. When she contacted her mother’s nursing home in early April, she was told there were no cases, she said. Two weeks later, she got the call that her mother had died.

“I don’t understand why people aren’t taking this serious. But I know a lot of people who have lost friends and family. And something has to give,” Flint-Banks said. “Ten thousand people that were here are no longer here and why? Because our leadership in Washington thought it was a joke and did not take this serious.”

The virus also has been particularly cruel to the state’s elderly, with about 64% of all COVID-19 deaths occurring in long-term care facilities. Nearly 80 people died in an outbreak at a home for aging veterans, and two of its former administrators have been criminally charged for their handling of the outbreak.

The surge in cases has prompted the city of Boston to shift to fully remote learning, prompting outrage among some that schools are being shuttered while things like restaurants and casinos remain open. The governor has urged more schools to return to full in-person instruction, saying there’s growing evidence that schools are not a significant source of spread and that keeping students at home hurts their learning and mental health.

An advocacy group led by doctors has been calling on Baker to roll back the state’s reopening plan by closing bars, imposing prior limits on seating inside restaurants and closing or limiting capacity inside entertainment venues, saying the state could be heading for another shutdown if it doesn’t act soon.

“We can and will stop the spread,” Baker said. “How do I know that? Because we’ve done it before and we can do it again because we know what works.” 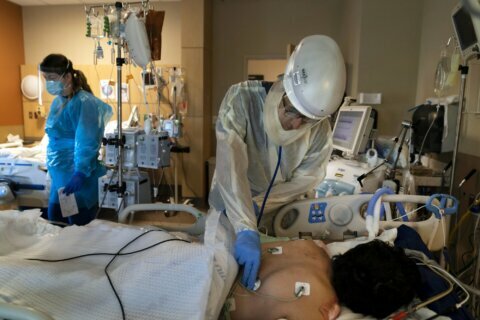 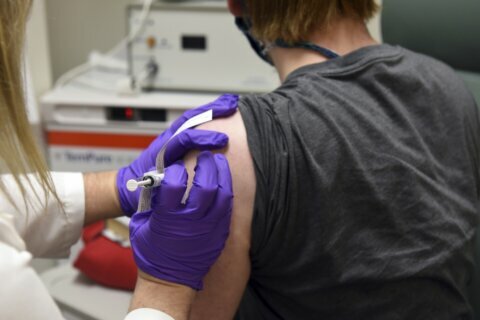 How the Pfizer vaccine will be distributed in the DC area 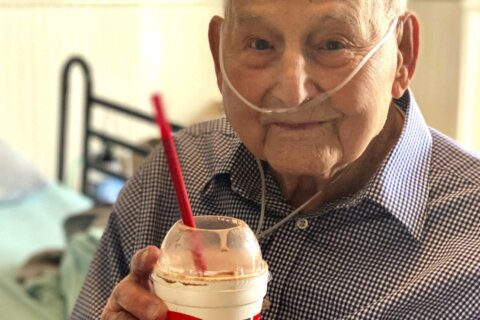