Homeland Security investigators are working with Pfizer, Moderna and dozens of other drug companies racing to complete and distribute the vaccine and treatments for the virus. The goal: to prepare for the scams that are coming, especially after the mess of criminal activity this year with phony personal protective equipment, false cures and extortion schemes.
Listen now to WTOP News WTOP.com | Alexa | Google Home | WTOP App | 103.5 FM

WASHINGTON (AP) — The coronavirus vaccine inching toward approval in the U.S. is desperately anticipated by weary Americans longing for a path back to normal life. But criminals are waiting, too, ready to use that desperation to their advantage, federal investigators say.

Homeland Security investigators are working with Pfizer, Moderna and dozens of other drug companies racing to complete and distribute the vaccine and treatments for the virus. The goal: to prepare for the scams that are coming, especially after the mess of criminal activity this year with phony personal protective equipment, false cures and extortion schemes.

“We’re all very excited about the potential vaccine and treatments,” said Steve Francis, assistant director for global trade investigations with Homeland Security Investigations. “But I also caution against these criminal organizations and individuals that will try to exploit the American public.”

No vaccine has yet been approved by the U.S. Food and Drug Administration. The FDA has approved the first treatment for COVID-19, the antiviral drug remdesivir. With vaccines and treatments both, it has warned about the potential for fraud.

“The FDA is particularly concerned that these deceptive and misleading products might cause Americans to delay or stop appropriate medical treatment, leading to serious and life-threatening harm,” the agency said in a recent statement.

The drug companies are to have safeguards and brand-protection features in place to help avoid fraud, but that may not be available until the second generation of vaccine because everything is operated on such an emergency basis, said Karen Gardner, chief marketing officer at SIPCA North America, a company that works as a bridge between the government, businesses and consumers. She said that makes it more important to educate health care providers on what the real thing looks like.

“When you have anything in high demand and limited supply, there is going to be fraud,” she said. Desperation will drive people around normal channels.

Meanwhile, investigators are learning about how the vaccine will be packaged and getting the message out to field agents, creating a mass database of information from more than 200 companies, so they can be prepared to spot fakes and crack down on dangerous fraud. They are monitoring tens of thousands of false websites and looking for evidence of fake cures sold online.

Earlier this year as cases exploded, hospitals and governments grew short on masks, gloves and other protective gear. Scams grew, too. Tricksters preyed on unwitting citizens to hand over money for goods they’d never receive.

The agency has already analyzed more than 70,900 websites suspected as being involved in some type of COVID-19 fraud. Millions of fake or unapproved personal protective equipment products and antiviral pharmaceuticals were seized. Homeland Security Investigations made more than 1,600 seizures of products worth more than $27 million and made more than 185 arrests.

Home test kits, for example, were only recently made available to the public in the past few weeks. But investigators seized tens of thousands of fake kits in the months before. On the dark web, scammers were selling domain names like “coronaprevention.org,” attractive to counterfeiters. In the U.S. alone, more than 1,000 fake websites a day have been removed during the pandemic.

A vaccine can’t come fast enough, as virus cases have topped 13 million in the U.S. and many cities have started restricting movement again as the country heads into winter. The pandemic has killed more than 1.4 million people worldwide, more than 266,000 of them in the U.S., according to figures compiled by Johns Hopkins University. But Francis and other investigators are worried that desperation will make Americans more susceptible.

If the FDA allows emergency use of a vaccine, there will be limited, rationed supplies before the end of the year.

“We have taken extraordinary precaution in this area,” he said. “It’s such a commodity to us, we’re taking the full steps to make sure that the vaccine’s secure.”

Who is first in line has yet to be decided. But Health and Human Services Secretary Alex Azar said the hope is that enough doses are available by the end of January to vaccinate adults over age 65, who are at the highest risk from the coronavirus, and health care workers. Dr. Anthony Fauci, the U.S. government’s top infectious-diseases expert, said it may take until spring or summer before anyone who is not high risk and wants a shot can get one.

States already are gearing up for what is expected to be the biggest vaccination campaign in U.S. history. First the shots have to arrive where they’re needed, and Pfizer’s must be kept at ultra-cold temperatures — around minus 94 degrees Fahrenheit, or minus 70 degrees Celsius. Moderna’s vaccine also starts off frozen, but the company said it can be thawed and kept in a regular refrigerator for 30 days, easing that concern.

Governments in other countries and the World Health Organization, which aims to buy doses for poor nations, will have to decide separately if and when vaccines should be rolled out broadly.

Meanwhile, Homeland Security investigators and others are trying to send the message now to the public before the vaccines are approved and begin distribution. They say people should only get a vaccine from an approved medical provider. They shouldn’t respond to calls seeking personal information. And they shouldn’t click on social media posts purporting to sell cures.

“If it sounds too good to be true, it is,” Francis said. 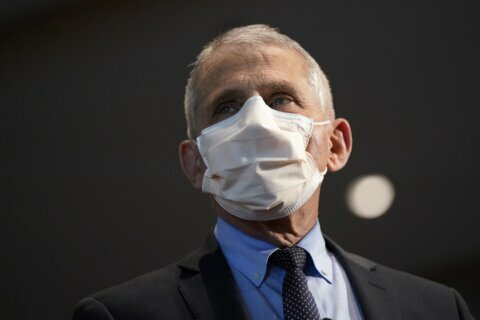 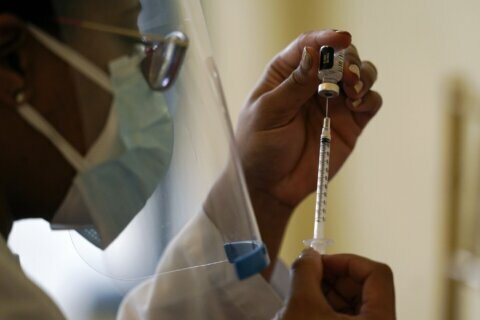 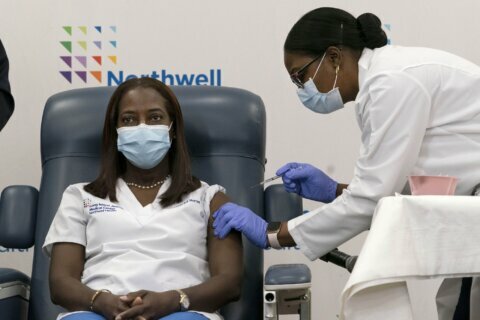