The incoming Biden administration is promising a cohesive national strategy to combat the worsening coronavirus outbreak, something many public health officials and Democratic governors say they welcome after months of mixed messaging under the Trump administration.

Consistency about the need to wear a mask to reduce the virus spread is just a start. Among other things, they say they need help with testing and contact tracing, deploying an eventual vaccine and more money to shore up their budgets, including to help keep schools open.

Biden on Monday announced members of a coronavirus task force and his staff started reaching out to governors. In New Mexico, Democratic Gov. Michelle Lujan Grisham praised Biden for “leading with science and de-politicizing the federal government’s pandemic response.”

Lujan Grisham was an early adopter of aggressive pandemic restrictions that included a mask mandate, self-quarantine orders for travelers and a ban on public gatherings — now capped at five people. Despite that approach, daily statewide infections and deaths have surged steadily to new heights in October and November.

“New Mexico is an example of the fact that even the best state-level policies are insufficient on their own,” she said in a statement. “The entire country, including the people of New Mexico, deserves the full force of the federal government to address the ongoing emergency and it is encouraging to see President-elect Biden preparing to do exactly that.”

Another Democrat, Minnesota Gov. Tim Walz, praised Biden’s embrace of a national strategy to combat the virus. Minnesota’s per-capita new case counts are better than neighboring Wisconsin and the Dakotas, which have some of the country’s highest transmission rates, but have still raised alarm with the state’s health officials. Walz planned to announce new steps Tuesday aimed at younger adults.

“Conscious decisions were made in states to approach this differently, and some states had better outcomes. But here’s the deal: it was only a matter of time before we’re in this with all 50 states, and it’s bleeding over,” he said. “So I have been asking for a long time for a concerted national strategy around this. I think that starts today.”

Biden’s announcement of a virus task force on Monday coincided with tougher actions or statements from a number of governors, including Republicans, as COVID-19 cases soared past 10 million in the U.S. and deaths were approaching 240,000.

In Utah, Republican Gov. Gary Herbert ordered a statewide mask mandate for the first time late Sunday. He also is pausing extracurricular school activities, along with most sports and social gatherings with people outside the household.

Nebraska Gov. Pete Ricketts, also a Republican, required masks Monday in businesses such as salons and massage parlors where customers and employees are in close contact for more than 15 minutes. In Idaho, where 1 of every 223 residents tested positive for the virus over the last week, Republican Gov. Brad Little wrote an opinion piece Monday imploring people to wear masks, though he said he does not have the authority to issue a statewide mandate.

With Trump still not conceding the race, some Republican governors have greeted Biden’s efforts in a more measured way.

In Wyoming, where the number of new daily coronavirus cases has nearly doubled over the past two weeks, Gov. Mark Gordon has so far refused to say who he thinks won the presidential election and said he has not heard from Biden’s team about a coronavirus response. He said his administration will continue working with the White House coronavirus task force and U.S. Centers for Disease Control and Prevention on the issue.

“If and when the Biden team reaches out to our office, we will be receptive to their communication,” Gordon spokesman Michael Pearlman said.

In Oklahoma, where cases also are on the rise, Republican Gov. Kevin Stitt will remain open to working with the federal government on a virus response, said his spokesman, Charlie Hannema. But he cautioned against a heavy hand.

“If they are going to come out and request 5,000 pages of documents or make a lot of requests that pull valuable resources away from managing the response on the ground here in Oklahoma, that may be a different conversation,” Hannema said.

Biden has sought to normalize social distancing and mask wearing to check the spread of the virus, a contrast to Trump who held packed campaign rallies with many supporters unmasked, even after his own battle with the virus. Biden said he is asking governors and local leaders to require mask use in public. Most states have some version of a mandate in place already.

Biden was elected as cases are at an all-time high, with a record average of nearly 109,000 new ones each day over the past week. They’re up over two weeks ago in every state but Alabama and Rhode Island. Hospitalizations are also up, as are COVID-linked deaths, which stand at 939 a day over the past week, according to data from Johns Hopkins University.

While the federal government under Trump set up testing centers in some places and has funded tests, public health experts have said there has not been an adequate national strategy for testing or contact-tracing, which is also carried out largely at the local level. Trump has emphasized vaccine development.

“Part of the problem with the response so far is that there really hasn’t been a testing plan, and a contract tracing plan and any kind of meaningful disease containment plan that all of us understood,” said Dr. Georges Benjamin, executive director of the American Public Health Association. “We’ve been doing this, but it’s been pretty scattershot.”

Early in the pandemic, for instance, Trump told states that they were responsible for buying their own protective gear. With worldwide shortages, governors complained that meant they had to bid against each other to get the equipment they needed.

With cases rising, protective equipment needs are running high again. And health experts say there will be more needs sometime next year to distribute a vaccine.

“We’re very concerned that as we start to scale up to administer a new vaccine, our rate-limiting factor could become the fact that that we’ve got people trained up and ready to go, but we don’t have the protective equipment for them to wear, so they can’t administer vaccines,” said Dr. Marcus Plescia, chief medical officer at the Association of State and Territorial Health Officials.

While he has signed bills to provide $2.6 trillion in help to businesses, laid-off workers and governments, Trump has not reached an agreement with the Democrats who control the House and the Republicans who run the U.S. Senate on another round of aid, and it’s not clear whether a deal will be reached while he remains in office.

New York Gov. Andrew Cuomo has called for as much as $60 billion in federal relief to offset the coronavirus’ hit to the state’s economy. Connecticut Gov. Ned Lamont said it has been difficult for states to plan amid uncertainty in Washington about the aid.

“That herky-jerky model of governing is just disastrous for the states,” Lamont said 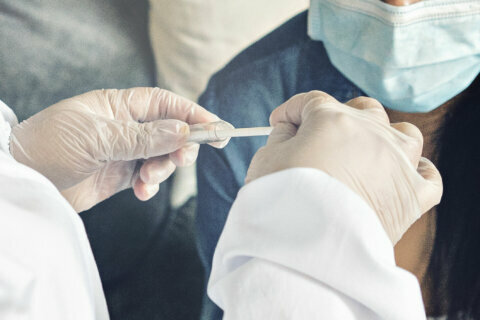 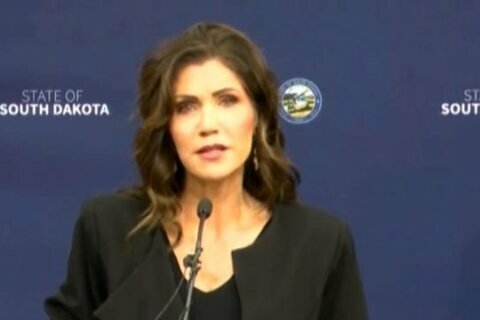