Washington — As concerns continue to grow that more lawmakers could become infected with COVID-19, House Speaker Nancy Pelosi on Sunday said she is happy with the “reliability of the testing” in Congress, even as the Senate’s top Democrat said a more robust program is needed in the upper chamber.

“I’m pleased with the reliability of the testing in the Capitol,” Pelosi said on “Face the Nation.” “I think it’s better than what is at the White House or else the president might not have been exposed on the basis of a false negative that may have put him at risk. We don’t know where he got it, but we do know that there was a negative test for somebody with close proximity to the president.”

Mr. Trump revealed early Friday morning that he and first lady Melania Trump tested positive for COVID-19. They were tested after it was reported that Hope Hicks, one of the president’s closest aides, contracted the illness. On Friday evening, Mr. Trump was admitted to Walter Reed National Military Medical Center, where he has remained.

The president’s medical team said Sunday that Mr. Trump had a high fever Friday morning and experienced the first of two drops in his oxygen saturation levels, after which he was administered supplemental oxygen at the White House for roughly an hour. The second drop occurred Saturday.

Doctors administered dexamethasone, a steroid, to Mr. Trump on Saturday, his doctors said.

Pelosi said she was tested for COVID-19 on Friday and was negative.

The spread of the illness through the White House and the halls of the Capitol has raised concerns about whether a more stringent testing regimen is needed among lawmakers and staff, who often work in close quarters.

“This episode demonstrates that the Senate needs a testing and contact tracing program for senators, staff, and all who work in the Capitol complex,” Senate Minority Leader Chuck Schumer said in a statement on Friday. “We simply cannot allow the administration’s cavalier attitude to adversely affect this branch of government.”

But Pelosi noted that the Senate is a much smaller body than the House, where there are 435 members and thousands of staff.

“My confidence in this, respectful of those views, is with the House attending physician who will determine when it is necessary for us to have testing that helps confidence,” she said. “Their suggestions about that — we have 20,000 employees on Capitol Hill. It’s not just about the members of Congress.”

Mr. Trump’s admittance to Walter Reed raised questions as to whether there has been a transfer of power to Vice President Mike Pence, though national security adviser Robert O’Brien said Sunday that is not on the table.

Second in the line of succession after Pence, Pelosi said she is receiving information on Mr. Trump’s health status not from the White House, but rather “the way everyone else is, in the media.”

“In terms of the succession, that’s an ongoing process,” she said. “Sadly, at this time, it comes to the forefront. But let me just say on this Sunday morning, our prayers are with the president and the first lady and all those who surround him.” 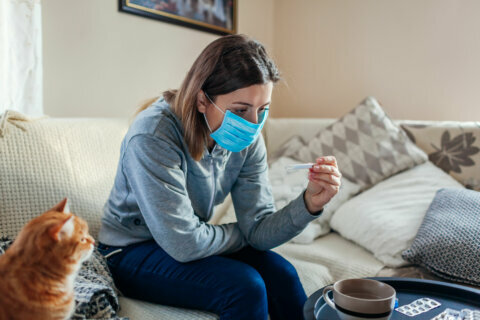 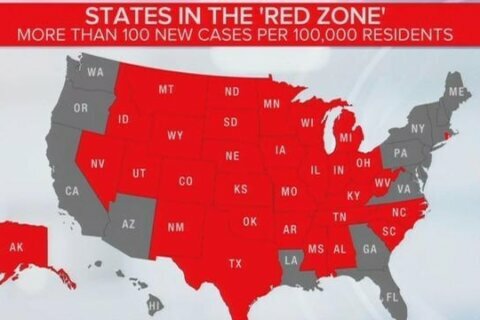