“To be quite frank, today our region is in a really bad place in this pandemic," said the chief infection prevention officer for Ballad Health, which serves southwest Virginia.
Listen now to WTOP News WTOP.com | Alexa | Google Home | WTOP App | 103.5 FM

RICHMOND, Va. (AP) — Southwest Virginia is seeing a sustained, troubling increase in cases of COVID-19 driven partly by small family gatherings, the governor and top health officials said Wednesday, as one area health system issued a stark warning that its resources were being stretched thin.

“To be quite frank, today our region is in a really bad place in this pandemic,” said Jamie Swift, the chief infection prevention officer for Ballad Health, which serves southwest Virginia, as well as adjacent parts of Tennessee, North Carolina and Kentucky.

Gov. Ralph Northam said at a news conference in Richmond that Virginia overall is among just a handful of U.S. states not reporting large increases in COVID-19 cases. But the seven-day testing percent positivity rate in the region’s westernmost localities is about twice the rate of the rest of the state’s 5.1 % and has been increasing for 15 days, Northam said.

“I strongly urge everyone in the southwest — look at these numbers and step up your precautions,” Northam said.

The governor said there were no immediate plans to introduce new regional restrictions to reduce the spread of the virus, but he said such a move was a possibility if the numbers keep trending up.

Northam and Secretary of Health and Human Resources Dr. Daniel Carey said gatherings of extended family members not living in the same household were contributing to the spread. Virginia has so far reported nearly 177,000 cases of COVID-19 and just over 3,600 deaths since the start of the pandemic, according to health department data.

Dr. Karen Shelton, the director of a health department district that includes much of southwest Virginia, wrote in an email that other factors contributing to what she called a “surge” in cases included: outbreaks at churches, inconsistent mask wearing, in-person schooling, social gatherings of friends and coworkers, and relatively fewer people telecommuting due to less broadband access.

Shelton also said a surge in cases in neighboring Tennessee was contributing.

“Tennessee has fewer regulations and has had events, social gatherings, and sports. Friday night football has continued with fans gathering closely in stands without masks,” she wrote.

Swift, Ballad’s infection prevention officer, said at a news conference that it was “past time” for the area to change its behaviors.

The health system said it had seen a 43% increase in the cases across its region over the past week, 88.5% of its ICU beds were full, and it had 181 team members in quarantine or isolation.

“At this rate, we’re only going to be able to care for COVID-19 patients,” said Ballad’s Chief Operating Officer Eric Deaton.

Dane Poe, the administrator of Lee County, located in the furthest southwest tip of Virginia, said the county has been lucky so far to not have more than a few dozen cases requiring hospitalization. The county’s only hospital closed in 2013.

Still, having to be prepared for the additional hospital trips has further strained the six already-strapped volunteer agencies in the county that provide ambulance services, he said.

The county is using some of its funds from the federal coronavirus rescue package to buy six more ambulances, one for each agency, said Poe, who described community members showing a “lackadaisical” attitude toward the virus, including many not wearing masks in public places.

Teresa Owens Tyson, CEO and president of The Health Wagon, a nonprofit that serves the area at mobile free clinics and three stationary sites, said her organization is seeing significant demand for COVID-19 testing and treatment.

Tyson, who is a nurse practitioner, said her “biggest fear” is the virus becoming entrenched in the area, which already has a disproportionate number of people living in poverty and with underlying health conditions like diabetes, heart disease and black lung disease.

“I feel that we’ve probably got one of the most vulnerable (populations) in the nation,” she said. 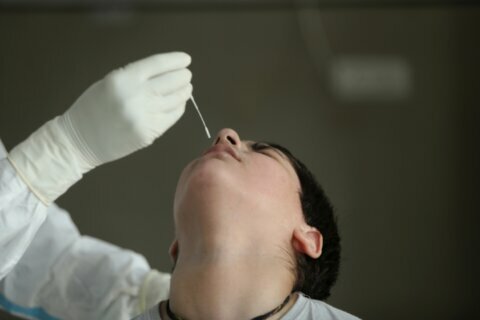 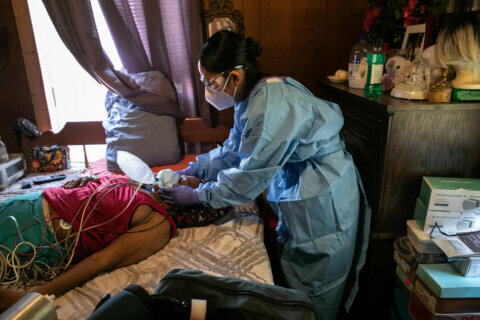 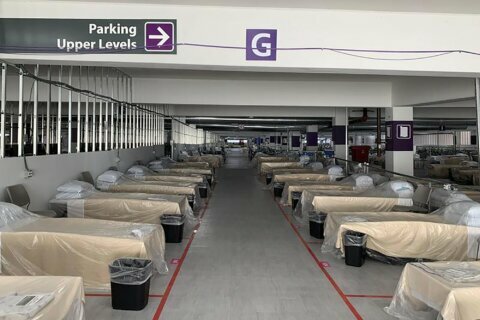