As Europe’s leanest tourist summer season in recent history is starting to draw to a close, COVID-19 has yet to loosen its suffocating grip on the continent.
Listen now to WTOP News WTOP.com | Alexa | Google Home | WTOP App | 103.5 FM
(1/20) 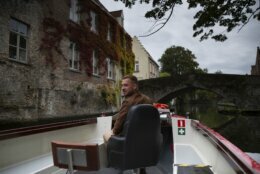 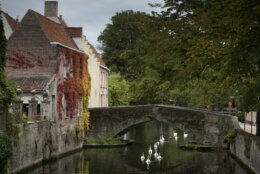 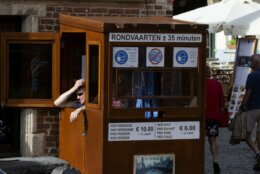 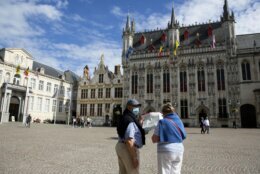 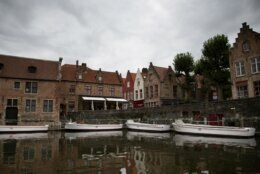 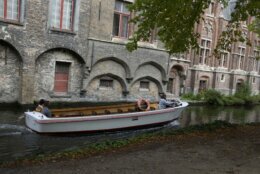 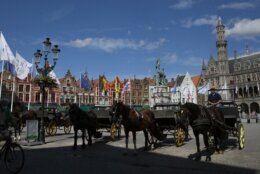 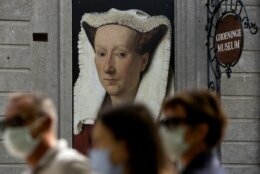 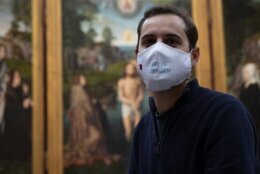 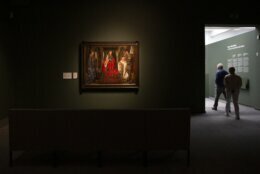 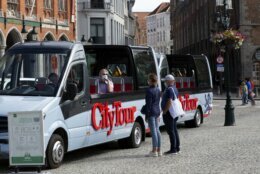 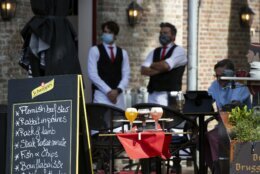 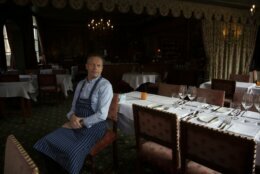 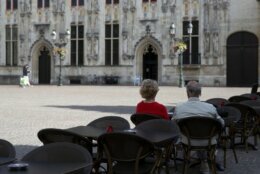 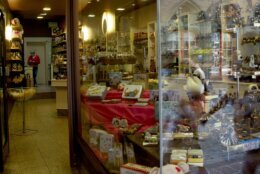 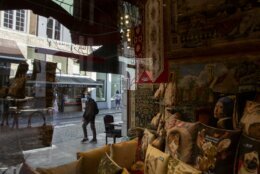 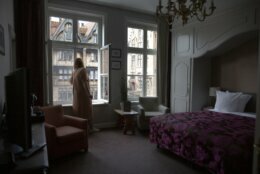 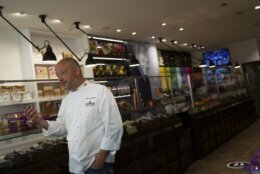 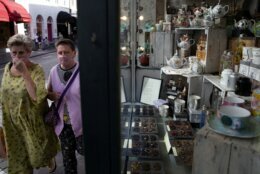 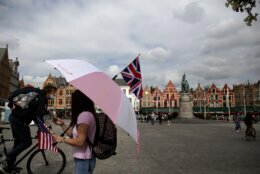 BRUGES, Belgium (AP) — Bruges mayor Dirk De fauw first realized something was desperately wrong with European tourism when on a brisk March morning he crossed the Burg square in front of the Gothic city hall and there was nothing but silence.

“There are always people. Always,” De fauw said. That morning?

“Nothing. Nobody is on that large square” at the heart of one of Europe’s most picturesque cities, he said.

Six months later, as Europe’s leanest tourist summer season in recent history is starting to draw to a close, COVID-19 is yet to loosen its suffocating grip on the continent.

If anything the pandemic might tighten it over the coming months, with losses piling up in the tens of billions of euros across the 27-nation European Union, and the continent’s vaunted government support and social security system under increasing strain to prop up the sector.

The upheaval so far, the bloc’s executive European Commission said, shows that “revenue losses during the first half of 2020 for hotels, restaurants, tour operators, long distance train operators and airlines were roughly 85-90%.” No country has been exempt in an area spanning from Greece’s beaches to the trattorias in Rome and the museums of Paris.

And even now, the European Commission told The Associated Press, “bookings for September and October remain abnormally low,” as dire as 10% of capacity in Bruges. It dents hopes that a brief uptick in business in July would be a harbinger of something more permanent.

Over the summer, though, came fresh spikes in COVID-19 contamination, especially in Spain and France, new restrictive measures and regional color codes that spelled disaster for local tourism when they turn red.

It left the European tourism industry relying on hope more than anything else. That was evident on a late summer’s day in Bruges, when usually throngs of American, Asian and European tourists stroll along the cobblestone streets below the city’s gabled houses, bringing annual visits to over 8 million in the city of 110,000.

“The swans have it all to themselves,” muttered Michiel Michielsens as he slowed his boat behind a bank of swans on a city canal. On a normal day — not like the one when he had 114 customers instead of 1,200 — tourists instead of birds would rule the waters. Now a boat could be seen showing a single couple around instead of its normal load of 40 people.

For tourists who can live with wearing masks for hours, there are some advantages. In Bruges, it extends to the city’s famed museums, where the medieval Flemish Primitives take center stage. Instead of craning over other tourists flashing smartphones, any visitor could now be alone for minutes on end to study in detail one of Jan Van Eyck’s most famous pictures “Our Lady with the Child Jesus, St. George, St. Donaas and canon van der Paele.”

All this is bittersweet to museum officials though. Across Europe, just about all have had to close for months early this year, and the outlook is bleak.

Attendance has now slumped to a quarter of what it was in 2019 at Bruges museums. But during the uptick in July “we had 50%.”

“So it’s declining gradually. Every month we see the numbers declining,” said Jonathan Nowakowski, the business director of Bruges Museums. “I can tell you that we’re looking at losses of 3.4 to 4 million euros this year,” despite expectations being high in a Van Eyck memorial year with special exhibits.

“We had we thought we would have had huge numbers of visitors,” he said.

It all quickly trickles down to hotels, restaurants, shops and the survival of families. For those who own the building it is more manageable than for those who rent a building. With reservations down for the next months, some hotels will just close down, knowing the costs will never match the puny revenue. Others are using the low winter rates in summer.

A great many put staff on temporary unemployment, and they acknowledge government aid has been a help. But they fear that will whittle down soon, despite the 750-billion-euro ($888 billion) recovery fund that EU recently agreed to.

“In the next few months, we will see a lot of places that will go bankrupt. A lot of people will be unemployed,” said Luc Broes, co-owner of the hotel-restaurant Duc de Bourgogne, which overlooks a canal.

Social protection, he said, only goes so far.

Despite the 19th-century novel “Bruges-La-Morte” (“Bruges, the Dead City”) that turned the city into a metaphor of melancholy and decay, there is a steadfast conviction that people can turn this around — that tourism will survive.

A special EU summit is October will examine how to reinvigorate and reform tourism.

Unsure how long the pandemic will last, Bruges has decided to forego any blockbuster exhibits. Instead, it will center on local artists, including a photographer tasked with showing the solitude that COVID-19 has brought to the city.

The question of whether there will be more lockdowns, nationwide restrictions or limits on international travel still haunts everyone. The European Union has seen nearly 141,000 confirmed virus-related deaths in the pandemic, and Europe as a whole, including Britain and Russia, has seen over 212,000, according to a tally by Johns Hopkins University.

Renowned chocolatier Dominique Persoone was lucky to survive on a big local fan base so he could do without the big cruise ship crowds that come and buy his chocolates from his shop by the cathedral.

“The hardest thing is that you don’t know what the future will bring. We don’t know how it’s gonna be in September, October, when the real chocolate season starts. Then it’s Halloween, Santa Claus, Christmas.”

“We thought we were safe and we had a wonderful life. And, now, this is happening,” Persoone said.

Hogan still wants to see Maryland students back in classrooms