Dr. Anthony Fauci, the nation’s leading infectious disease expert, said Wednesday how America behaves this Labor Day weekend will determine how the coronavirus spreads this fall and winter. He urged Americans to act responsibly to avoid the kinds of surges seen after Memorial Day and the Fourth of July.

To make matters worse, a heatwave is expected to bring sweltering temperatures to Southern California over the holiday weekend, prompting lifeguards to remind beachgoers to socially distance. Los Angeles County officials said they are prepared to close beaches if they get too crowded. Further north, Monterey Bay beaches are planning to close during the weekend to help limit the spread of COVID-19, CBS San Francisco reports.

Meanwhile, the question that remains with plenty of people is, when will a vaccine to fight the coronavirus be available?

“By the time we get to the end of this calendar year, that we will feel comfortable that we do have a safe and effective vaccine,” said Faucci, who sounded optimistic as did the director of the Centers for Disease Control.

CBS News has obtained a letter from the CDC to the nation’s governors, asking that they make plans now to distribute “potentially involving hundreds of millions of vaccine doses.” The letter sets a target date of November 1 — two days before the presidential election.

But the exuberance may be tempered somewhat with a warning from Fauci. “I would not be comfortable with a vaccine unless it was shown in a clinical trial clearly to be safe and effective,” he said.

The news comes following the first COVID-19 death linked to the massive motorcycle rally in Sturgis, South Dakota, in August. Nearly 300 COVID cases in 11 states are also traced back to the rally. Now, coronavirus cases are surging out of control in South Dakota, with a sharp rise just in the past two weeks.

That same trend is seen in Iowa as well, where Senator Joni Ernst this week repeated a widely debunked claim that the number of COVID deaths is greatly inflated. On Wednesday, in a statement to CBS News, the senator, who is in a tough reelection fight, walked back those comments, saying “over 180,000 Americans have died because of COVID-19.”

Even states where numbers are declining are seeing a disturbing trend. The University of Georgia announced Wednesday that 821 students and staff tested positive just last week – a nearly 350% increase over the previous week. In Florida, a photo of an overcrowded hallway at a high school in Volusia County has gone viral.

It’s a different problem further south in Miami-Dade, where some students and teachers couldn’t get online after cyber attacks disrupted the district’s remote learning for a third straight day. There is now word that some of the attacks came from outside the U.S.

Next week, schools start in much of the Northeast just after Labor Day, where health officials warn of potential spikes. Especially if scenes like the ones over Memorial Day and the Fourth of July weekend are repeated. 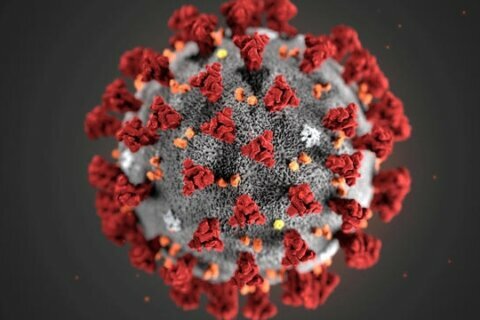