President Trump announced a $750 million deal with Abbott Laboratories for rapid COVID-19 tests at the Republican National Convention Thursday night. Under the agreement, the administration would purchase 150 million of the tests, which take only 15 minutes to deliver results.

The Food and Drug Administration granted Abbott’s test emergency use authorization on Wednesday for patients with suspected COVID-19, making it the first rapid coronavirus test that doesn’t require any special computer equipment. The test is the size of a credit card and is based on the same technology used to test for the flu, strep throat and other infections.

“Results can be read directly from the testing card, a similar design to some pregnancy tests,” the FDA said in a statement announcing its decision. “This simple design is fast and efficient for healthcare providers and patients and does not need the use of an analyzer.”

The test will sell for only $5, according to Abbott, giving it a competitive edge over similar tests that need to be run through a machine.

Abbott’s new test, however, still has limitations. Like most older coronavirus tests, the rapid test still requires a nasal swab by a health worker, and the results can be less accurate than the slower types of tests. The FDA said in a statement announcing the decision that negative results with Abbott’s test may need to be confirmed with a lab test in some cases.

“In general, antigen tests are very specific, but are not as sensitive as molecular tests,” according to the FDA. That means the Abbott tests may be more likely to return false negative results, missing some cases where a person is actually infected. The FDA says in some cases people who test negative may need to be tested again with a molecular lab test to confirm the results.

Despite its limitations, the Trump administration’s agreement with Abbott could increase COVID-19 testing in the United States, a goal of public health experts that the president dismissed only months prior.

During a campaign rally in June, Mr. Trump said, “When you do testing to that extent you’re going to find more people, you’re going to find cases. So I said to my people, ‘Slow the testing down, please.’ They test and they test. We got tests for people who don’t know what’s going on.” The president later doubled down on his comments, contradicting several White House officials who defended his remarks by claiming they were made in jest.

In a statement Thursday, White House Strategic Communications Director Alyssa Farah said, “Under President Trump’s leadership, the U.S. is leading the world in testing. This is a major development that will help our country to remain open, get Americans back to work, and kids back to school. The Trump administration is proud to partner with Abbott labs to make this purchase possible to help the American people.”

The Centers for Disease Control and Prevention revised its COVID-19 testing recommendations earlier this week to indicate that many individuals who have been exposed to the coronavirus but are not showing symptoms may not need to be tested, sparking concern from many medical experts because people who are asymptomatic can still spread the virus to others. Dr. Anthony Fauci, the nation’s top infectious disease expert, said he did not weigh in on the new guidance.

“I am concerned about the interpretation of these recommendations and worried it will give people the incorrect assumption asymptomatic spread is not of great concern. In fact it is,” Fauci said in an interview Wednesday with CNN.

Admiral Brett P. Giroir, of the U.S. Department of Health and Human Services (HHS), said Wednesday that the agency doesn’t expect the new CDC guidance to affect the volume of testing in the U.S. In fact, he said the government anticipates the volume will rise in the next couple of months as more people return to work and school and are regularly tested.

According to the FDA, Abbott’s test could be ideal for such testing. In its statement announcing the authorization, the FDA listed “point-of-care settings,” such as a “doctor’s office, emergency room or some schools” as locations where the rapid test could be utilized.

Abbott intends to ship “tens of millions” of the tests next month, then ramp up to “50 million tests a month at the beginning of October.”

“Given the simple nature of this test,” the FDA wrote, “it is likely that these tests could be made broadly available.”

Fin Gomez contributed to this report. 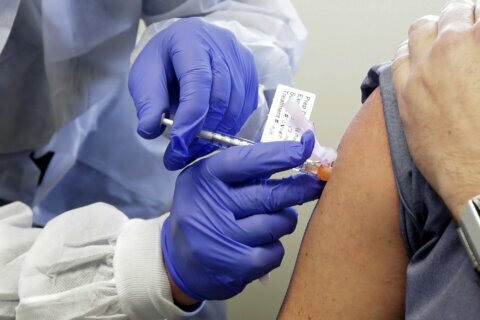 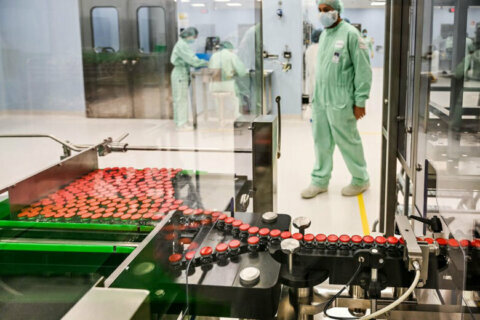