‘Are you doing OK?’: On the ground with NYC contact tracers

New York has what appears to be the biggest contact tracing effort in any U.S. city, with over 3,000 people making calls, knocking on doors and checking in on people's health and sequestration.
Listen now to WTOP News WTOP.com | Alexa | Google Home | WTOP App | 103.5 FM
(1/11) 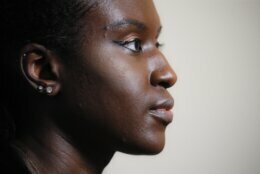 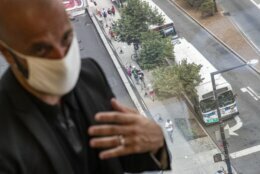 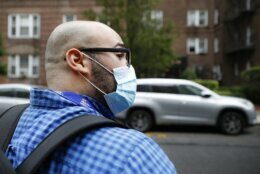 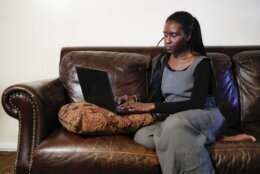 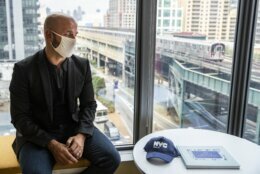 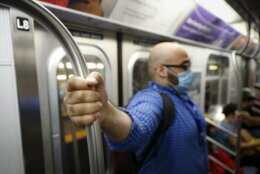 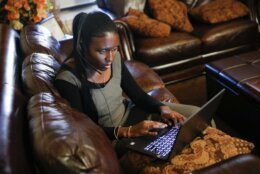 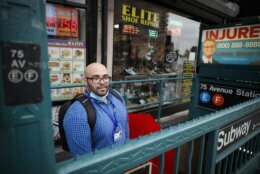 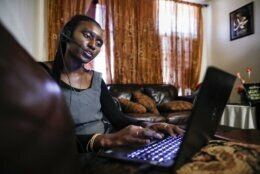 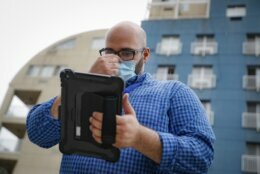 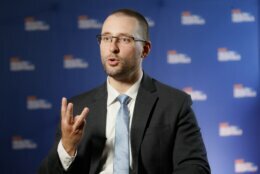 NEW YORK (AP) — Joseph Ortiz headed for the home of a stranger who tested positive for COVID-19, unsure how his unexpected visit would go.

The person hadn’t answered phone calls from New York City’s contact tracing program, a massive effort to keep the coronavirus from spreading by getting newly diagnosed people to identify others they might have infected before those people spread it further.

Ortiz was out to try to bring the person into the fold.

“It’s a mixed bag. You never know what you’re going to get,” Ortiz, 30, said as he approached the person’s Queens apartment building this month. “Sometimes you have people who are really appreciative….They like that we’re out here trying to end the pandemic so everyone can get back to normal.”

“But other times, you might have a client who slams the door.”

Such is the on-the-ground work of what appears to be the biggest contact tracing effort in any U.S. city, with over 3,000 people making calls, knocking on doors and checking in on people’s health and sequestration.

Mayor Bill de Blasio, a Democrat, has credited the effort with “so far, amazing success.” After a knotty June start, the city says it’s now meeting its goal of reaching about 90% of all newly diagnosed people and completing interviews with 75%.

But in the program’s first two months, more than 11,000 infected people — over half of all new cases — didn’t provide any names of others they might have exposed. When people have identified contacts, tracers have finished interviews with 6 in 10 of them, short of the city’s goal. The city has yet to say how quickly it’s connecting with people or what it’s gleaning about potential sources of exposure.

Comparing U.S. state and city contact tracing programs is difficult because they vary widely in what they release, but some public health scholars say the numbers that New York reports are promising. Still, some outside experts suggest New York should get more from the initiative.

“The way you hear the metrics and the progress described, it’s like their job is done after making these contacts. But it’s not mission accomplished, at all,” says Dr. Denis Nash, a City University of New York epidemiology professor. He feels the city is missing opportunities to assess people’s success at isolating themselves and scout exposure patterns to learn “where the holes in the safety net are and assess how big they are.”

“That’s what tells me that what we are doing is working,” Long said.

Contact tracing is a time-honored public health technique, but the pandemic is putting it to a grueling new test around the world. The stakes are particularly clear to the U.S. city that has suffered more COVID-19 deaths than any other but wrestled its outbreak into relative control late this spring.

Making calls from her East Harlem apartment, tracer Maryama Diaw says she strives to “be sensitive and compassionate and actually talk to the person as a human being, and not just read off a script.”

When a woman was crestfallen to hear she’d tested positive, Diaw recalls, she temporarily put aside her planned questions to ask, “Are you doing OK?”

“We talked for a little bit, like person to person,” said Diaw, 25, a graduate student in public health. “That was really rewarding because I actually helped someone through what could be a very difficult day for them, and I know that she left the call with the resources that she needed.”

The U.S. Centers for Disease Control and Prevention’s director has estimated the country will need nearly 100,000 tracers. By the end of July, the total was over 41,000, according to an NPR and Johns Hopkins University survey with data from 45 states, excluding some local government programs.

“We’re not in a good place,” says Lori Tremmel Freema, CEO of the National Association of County and City Health Officials. But “New York City’s a bright spot.”

The city already had a couple of hundred people tracing HIV and other infectious diseases before the pandemic. But COVID-19 took the work to “a scale that is unprecedented,” said deputy health commissioner Dr. Demetre Daskalakis.

New York City appears to have the biggest city-level program. By comparison, 2,600 tracers are covering nearly all of massive Los Angeles County. Chicago says it has over 200 tracers now and expects the number to grow to about 800 by mid-September. Houston said this spring it was hiring 300.

L.A. County’s health department says its program is “going well” as it completes interviews in about half of all new cases and with nearly two-thirds of all contacts — though, as in New York, the percentages are higher when factoring out such circumstances as people without available phone numbers.

New York state, which has 2,000 tracers working outside the city, has interviewed about 90% of newly diagnosed people and nearly 88% of contacts, state official Larry Schwartz said.

Neighboring New Jersey says it interviewed about 7 in 10 newly diagnosed people statewide in the first week of August and got contacts from half of those willing to talk. Connecticut official Josh Geballe said the state has recently been reaching people in 90% of new cases within 48 hours, finishing interviews and getting contacts in half to two-thirds.

Such yardsticks are reasonable but don’t show how tracing is affecting coronavirus transmission, notes Emily Gurley, an epidemiologist at the Johns Hopkins Bloomberg School of Public Health, which offers health officials a free course and an app to gauge their programs’ impact.

Ortiz, an HIV contact tracer before the coronavirus pandemic, sees the impact on days like the one when he knocked on that Queens apartment door.

The infected person professed not to have realized tracers were calling, Ortiz said. Since tracers keep doorway conversations short to preserve privacy and limit exposure, the person pledged to call in for a full interview.

“They already had their phone in their hands by the time I left,” Ortiz said. “It’s definitely a good sign.”

Hogan still wants to see Maryland students back in classrooms