Some Latinos in ICE custody feel particularly vulnerable to COVID

As part of the special “Pandemia: Latinos in Crisis,” CBS News interviewed immigrant detainees who fear the rapid spread of the coronavirus inside ICE detention facilities.

Rosa Escobar said the helplessness she felt during her brother’s hospitalization in May was emotionally crippling. “I wanted to run. I wanted to run to save my little brother.”

More than two months have passed since her brother, Carlos Escobar Mejía, died at the age of 57 while in U.S. Immigration and Customs Enforcement (ICE) custody, and Escobar said her heart continues to ache daily.

“I loved my little brother like I was his mother. That’s how I saw him, like he was my son. For this to have happened, it is a great injustice,” Escobar told CBS News in Spanish during an interview in her Los Angeles home.

Carlos, who fled to the U.S. in 1980 with his family during El Salvador’s civil war, was the first immigrant to die of coronavirus complications while in ICE custody. Later in May, Santiago Baten-Oxlag, 34, a Guatemalan immigrant detained by ICE in Georgia, also died after contracting the virus. Onoval Perez-Montufa, 51, a Mexican immigrant who tested positive for coronavirus in ICE detention, died at a south Florida hospital last week, while in the agency’s custody. 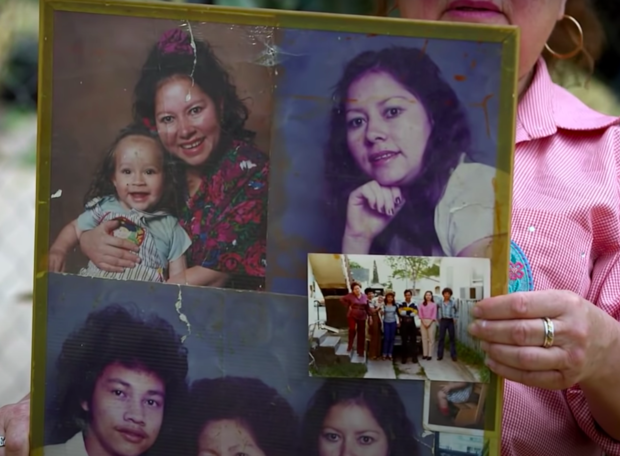 More than 880 employees of private prison companies that administer immigration detention facilities have tested positive, according to congressional testimony earlier this month by executives of the four leading ICE contractors. At least 45 direct ICE employees working at detention centers have also been infected.

ICE has repeatedly maintained it is doing everything it can to protect detainees, staff and contractors who oversee many of the agency’s detention facilities. It has pointed to the fact that its detainee population plummeted from more than 38,000 in the middle of March, to less than 23,000 as of mid July.

However, much of the drop can be attributed to scaled-back immigration enforcement in the interior of the country during the pandemic and fewer transfers from border officials, who are quickly expelling most migrants and asylum-seekers under a public health directive. ICE has also deported more than 37,000 immigrants in the past four months to Latin America alone.

The agency said it released more than 900 detainees it deemed to be at-risk after an internal review that concluded in early May. Since then, it has been considering releases on a “case by case basis.” ICE has also been required to release more than 500 immigrants due to recent court orders.

But advocates believe the agency has not released everyone who should be freed from detention during a pandemic, including approximately 3,500 asylum-seekers who have demonstrated credible fear of being tortured or persecuted if deported. 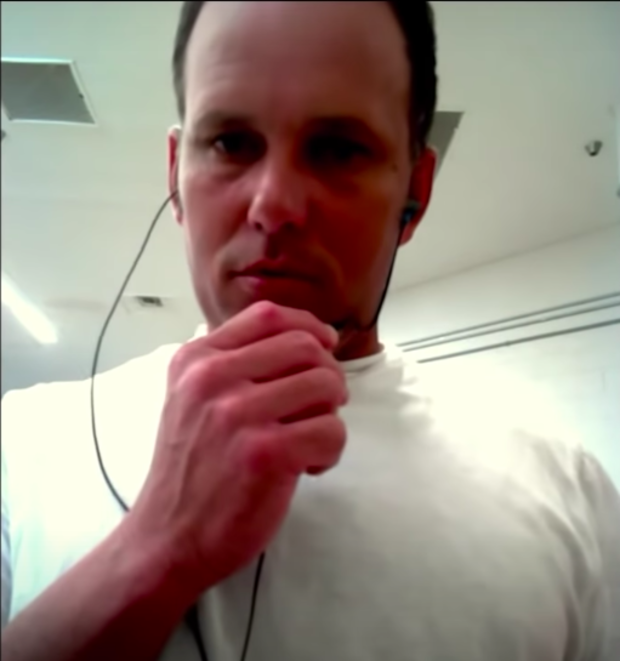 Miguel Rodríguez Medina speaks to CBS news in a video call from an ICE detention facility.

Miguel Rodríguez Medina, a detainee at the Port Isabel detention center in south Texas, said he fled to the U.S. after facing persecution at the hands of the Cuban government. But he never expected to be detained for nearly a year on American soil.

“I came fleeing the threat of being imprisoned over there, so my family would not be concerned. And now I’m in the same situation here,” he told CBS in Spanish.

Like other detainees interviewed by CBS News, Rodriguez Medina said the only way ICE can shield them from the coronavirus is by releasing them.

Legally, ICE detention is a civil matter designed to ensure immigrants show up to court hearings while the government seeks to deport them. The agency has full authority to release its detainees, unlike federal, state and local authorities holding people in criminal custody.

Griselda Melendez, a 54-year-old green card holder born in Mexico, has multiple underlying medical conditions, but has remained in ICE custody throughout the pandemic.

“I’m a person who had cancer. I could catch a disease immediately,” Melendez told CBS News in Spanish during a video call from inside a privately operated detention facility in Jena, Louisiana. “My immune defenses are weak.” 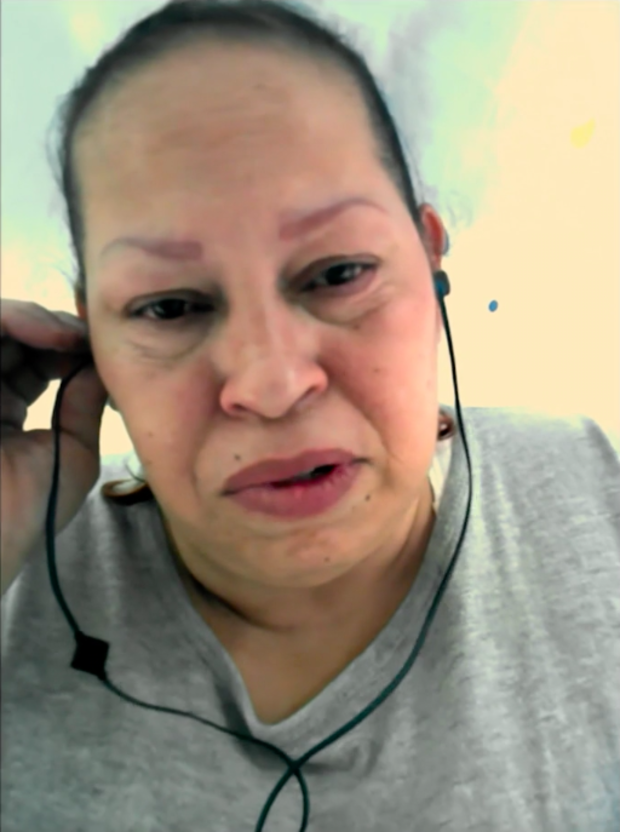 Griselda Melendez speaks to CBS News in a video call from inside a detention facility.

Melendez also has diabetes, high blood pressure, gallbladder inflammation and said she is losing her eyesight. These conditions appear to make her eligible for release under an April order by a federal judge in California. But ICE has denied Melendez parole, citing a criminal conviction of transporting undocumented immigrants. She served a 5-month sentence in federal prison before entering ICE custody in February.

In addition to detaining asylum-seekers, recent border-crossers and undocumented immigrants, ICE holds green card holders like Melendez who already served prison sentences while it seeks to deport them. Under a 1996 Clinton-era law, non-citizens like Melendez are subject to mandatory immigration detention if convicted of any one of a wide-ranging set of crimes, some of which are not violent and are classified as misdemeanors under state law.

Justice Department lawyers have argued in court that detainees subject to mandatory detention “are not eligible for discretionary release,” even if they have the underlying health issues that place them at heightened risk of severe illness or death if they contract the coronavirus.

“It seems to be impossible to get someone who is a mandatory detainee, even if they have one or multiple underlying conditions, out,” Laura Murchie, an attorney with the Southern Poverty Law Center representing Melendez, told CBS News. “These people have served their sentence. Now they are being confined again, which is kind of like a second punishment.”

In an interview with CBS News, Henry Lucero, the executive associate director of ICE who oversees immigration arrests, detention and deportations, defended the agency’s practices. He noted that ICE now has a policy of screening new detainees for the virus, offered expanded testing at some detention facilities and has tested more than 13,000 immigrants in its custody so far.

“We actually went above CDC guidance to really try to mitigate the spread of COVID-19,” Lucero said, adding that ICE consults with public health officials weekly. “Initially, CDC guidance was just to test detainees that were symptomatic or that were potentially exposed to known positive cases. That has since changed, and we’ve changed with it.”

Asked about concerns over immigrants testing positive after being deported, Lucero said some detainees are tested prior to boarding removal flights, as requested by several countries. He said all would-be deportees have their temperature checked. If their temperature is 99 degrees or higher, they’re not allowed to board the flight.

Lucero said rising coronavirus cases inside detention facilities can be largely attributed to a spike in infections among new detainees who were previously in jails, prisons or in the custody of border officials. The statistics of 3,500 detainees testing positive, he added, does not fully reflect the situation his agency has had to contend with. Lucero said that while the current detainee population stands at less than 23,000, about 40,000 immigrants have entered ICE custody since March, and estimated that 80,000 different people have been in the agency’s detention facilities since a national emergency was declared.

“Make no mistake, keeping people safe in our custody is not something we take lightly,” Lucero said. “And under no circumstances should the American public or the families of those in our custody be let to think anything different.”

For her part, Melendez is scared her health will continue deteriorating during the pandemic. She is imploring ICE to afford her “another opportunity.”

“Losing your eyesight is a horrible thing. What else can I ask for? For them to give me the opportunity to get out of here, so I can take care of myself,” she added. “I want to continue living. I have a granddaughter and children who need me.” 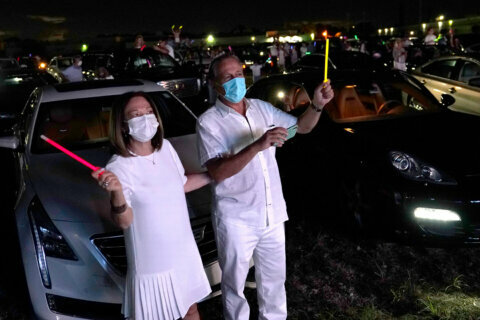 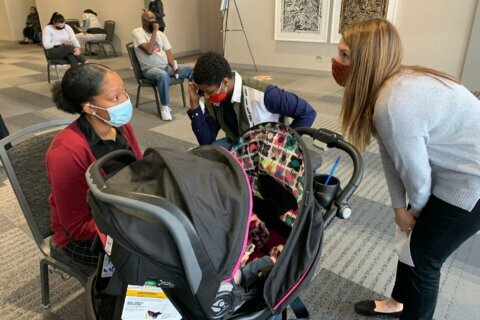