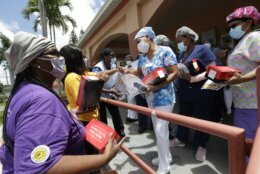 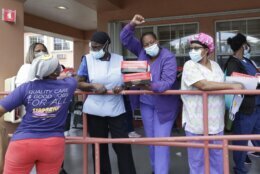 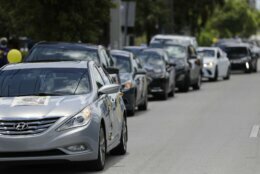 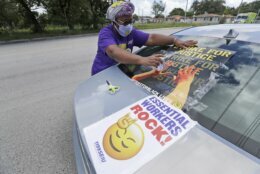 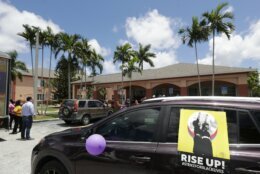 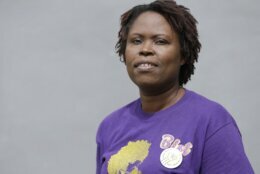 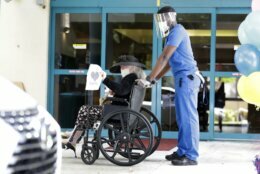 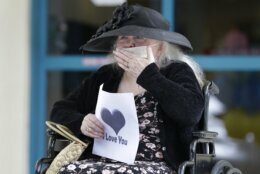 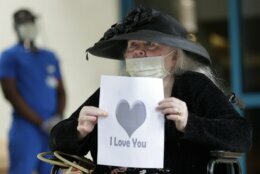 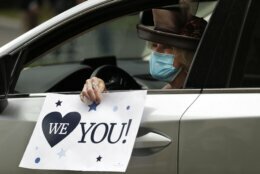 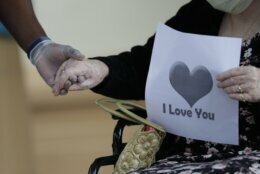 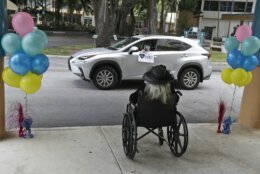 MIAMI (AP) — The coronavirus transformed Florida’s nursing homes into closely guarded fortresses beginning in March, with the state banning family visits, isolating infected residents in separate wings and now requiring staff be tested every two weeks. But the explosion of cases statewide is proving that is not enough.

The numbers are already showing the grim reality, underscoring how mask compliance and restrictions in the outside world impact the state’s most vulnerable. In the past three weeks, cases have gone from about 2,000 to some 4,800 at Florida nursing homes. Roughly 2,550 long-term care residents and staff have died overall, accounting for about 45% of all virus deaths in Florida.

“Where you see COVID hot spots, our anxiety level in our centers automatically goes up. Our vigilance goes through the roof,” said Luke Neumann, a vice president at Palm Garden, which has 14 facilities across Florida.

“That’s how societies are judged in part — by how you care for the weak and aged,” Neumann said.

Florida recorded 173 new coronavirus deaths Thursday, a daily high that pushed its toll from the pandemic to more than 5,500. Deaths inside nursing homes have also been on the rise, averaging about 40 per day in the last week after those numbers had dropped in mid-June to lower than 20 deaths per day.

About 180 out of every 10,000 long-term care facility residents have died so far in Florida, a toll that is still far lower than some northeastern states, which saw deaths surge at the height of the pandemic in March and April. New York had about 400 deaths per 10,000 nursing home residents and New Jersey more than 1,100.

Florida has set up dedicated isolation facilities for nursing home residents who have been discharged from a hospital yet still continue to test positive for the virus, but those nearly 1,400 beds in about 20 facilities spread across the state likely aren’t enough, industry representatives said.

Nursing homes with scant resources may feel pressured to set up isolation wards that they’re not fully equipped to create safely, said Dr. Paul Katz, chair of the Department of Geriatrics at Florida State University.

“The more positive cases you get in nursing homes, the higher the risk of it spreading within the incredibly susceptible population of residents,” Katz said.

Facilities already are strapped with requirements for extra cleaning, protective gear and testing.

Jay Solomon, CEO of Aviva senior home in Sarasota, said $500,000 in stimulus aid his Sarasota facility received from the federal government will run out in a week.

The federal government sent 14 million masks and 13 million gowns to nursing homes, but some Florida providers said they were unusable. Others didn’t receive them at all.

Solomon compared protective gowns sent by the Federal Emergency Management Agency to “garbage bags” and said a shipment of masks were flimsy and had to be tossed.

“No provider should have to decide between, ‘Do we test the staff this week or do we test the residents this week?’” Solomon said.

Florida is paying for COVID-19 tests for all nursing home staff once every two weeks until September and it’s unclear if it will be extended.

Larger facilities say testing of staff and residents — at $75 to $125 per kit — can run them up to $300,000 per month. And testing is of only limited benefit if the turnaround in obtaining results does not improve beyond the current seven to 10 days.

“It’s almost like, ‘What are we accomplishing in that time?’” Solomon said of the lag in getting results. “If that person is not quarantined in that seven to 10 days, are they spreading without realizing it?”

But without test data, experts say it will be nearly impossible to squelch the spread.

“The overwhelming majority of staff members who are testing positive are asymptomatic. It is an insidious virus that is very difficult to detect, absent the testing,” said Jeffrey Freimark, CEO of Miami Jewish Health nursing home.

Meanwhile, facilities are struggling to maintain adequate staffing levels because some workers are out sick and other prospective hires may be leery of working at a nursing home. There’s been a 148% increase in staff cases since June 14, according to state figures.

Anne-Mercie Blot, who has been a certified nursing assistant at Hampton Court nursing home in Miami for 16 years, gets her temperature checked every morning along with the mandated bi-monthly tests. She sometimes works 16-hour shifts and worries about bringing the virus home to her family, as well as bringing it into the nursing home.

“The facilities might be willing to hire more workers, but because of COVID those workers don’t want to come into a facility,” she said.

Palm Gardens even created its own public health announcement, reminding the public in their communities that wearing masks and social distancing can be a matter of life or death.

With restrictions not likely to go away any time soon, facilities say the isolation and loneliness is taking a toll on residents and their families. Miami Jewish Health has connected more than 5,000 video calls and allowed drive-by visits where friends and family emerge through sun roofs to see their loved ones.

Frances Reaves recently visited her friend Margaret Choinacki, who has no living family members. They also FaceTime twice a day. In her youth, the now 87-year-old Choinacki modeled for the covers of romance novels.

“She now realizes how important people are for her,” Reaves said.