NEW ORLEANS (AP) — The COVID-19 pandemic is drastically reducing the number of young whooping cranes to be released this fall to help bring back the world’s rarest cranes. Zoos and other places where the endangered birds are bred have had to cut not only staff size but use of two techniques to boost the birds’ numbers: artificial insemination and hand-rearing — or, rather, costume-rearing — chicks.

Whooping cranes are North America’s tallest birds, 5 feet (1.5 meters) high from their black feet to the little red caps on their heads. They’re white with black tips on wings spanning 7 feet (2.1 meters). They mate for life.

Only about 825 exist. All are descended from 15 that had survived habitat loss and hunters in 1941, breeding in Canada’s largest national park and wintering in Aransas, Texas.

Biologists are trying to establish two more flocks to mitigate disaster should anything happen to the original flock, now 500 strong. There are 75 birds based in Louisiana and 85 in a flock taught to migrate from Wisconsin to Florida by following ultralight aircraft.

In a normal year, breeders in various areas and wildlife agents in Louisiana and Wisconsin would collect some eggs for incubation, knowing the parents will lay a second and even a third clutch. That both increases the number of chicks per year and, in Wisconsin, helps keep wild chicks from hatching during the worst of the bloodsucking black fly season, which has proven dangerous to them.

Some incubated chicks get captive whoopers as surrogate parents, but there aren’t enough for all. To keep the rest from viewing people as their flock, keepers don baggy white “crane costumes” that cover them from head to ankles, and manipulate crane-head hand puppets to teach chicks to forage for insects.

Audubon Nature Institute’s Species Survival Center in New Orleans usually costume-raises a number of chicks. But COVID-19 is expected to cut revenues $21 million — nearly 37% of the year’s planned budget — at the institute, which also includes a zoo, aquarium, insectarium and nature center. That has meant staff cuts — mostly in maintenance — which means keepers are doing some of that work and have less time overall, curator Michelle Hatwood said.

She said costume-rearing is expensive and will be used only if a crane couple turns out to be poor parents. The center’s 21 birds include eight pairs, some unmated birds and a few that would normally be housed next to growing chicks as behavior models.

The birds were moved to Audubon two years ago after the federal breeding center at Patuxent, Maryland, closed down, she said. “Most are brand-new — they’ve never raised a chick.”

No chicks at all are expected at the species’ largest breeding center. All 41 whooping cranes at the International Crane Foundation in Baraboo, Wisconsin, require artificial insemination. One person holds a bird while another collects or injects sperm.

The technique is needed for a variety of reasons — old injuries, arthritis, or because their mates aren’t the best genetic match in a highly inbred species.

The big birds mate standing up, and a male with a bad wing or leg can’t do the job, Hatwood said.

Each center sets its own policy, and Audubon decided the procedure was brief enough to let keepers in masks and eye shields work with the most genetically valuable birds.

A third person is often needed to fend off a bird’s mate during the operation, Hatwood said: “They have very sharp nails and very poky beaks.”

Other breeding centers are at the Calgary Zoo in Alberta, Canada (27 birds), the White Oak Conservation Center in Yulee, Florida (10) and the Dallas Zoo and Smithsonian Conservation Biology Institute in Virginia (9 each), with another 25 birds too old or otherwise unsuited for breeding living at zoos for display only.

The Dallas Zoo’s birds, which arrived at a 2½-acre off-site breeding facility last August, were chosen as both genetically well suited and likely to breed on their own, said Matt James, senior director of animal care. “We’re going to try for the first couple of seasons to do this naturally,” he said.

Wild whooping cranes are hatching chicks, but those don’t get counted as members of the flock until they can fly. And even then, it isn’t easy being free. In Louisiana, 21 chicks hatched from 2016 through 2019. Seven lived to fly. Three have avoided perils such as predators, power lines and people who shoot at birds, and are still alive. 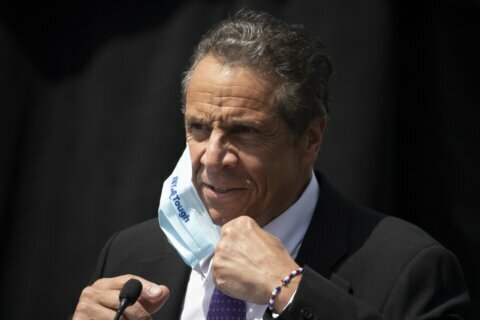 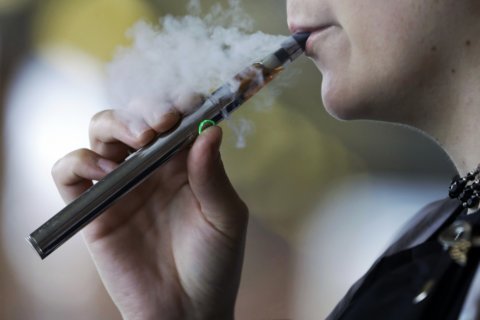 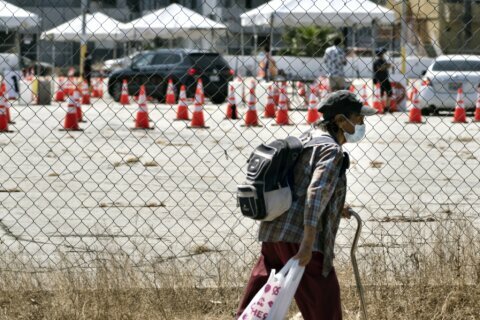