Trump lashes out at scientists whose findings contradict him

WASHINGTON (AP) — “A Trump enemy statement,” he said of one study.

“A political hit job,” he said of another.

As President Donald Trump pushes to reopen the country despite warnings from doctors about the consequences of moving too quickly during the coronavirus crisis, he has been lashing out at scientists whose conclusions he doesn’t like.

Twice this week, Trump has not only dismissed the findings of studies but suggested — without evidence — that their authors were motivated by politics and out to undermine his efforts to roll back coronavirus restrictions.

First it was a study funded in part by his own government’s National Institutes of Health that raised alarms about the use of hydroxychloroquine, finding higher overall mortality in coronavirus patients who took the drug while in Veterans Administration hospitals. Trump and many of his allies had been touting the drug as a miracle cure, and Trump this week revealed that he has been taking it to try to ward off the virus — despite an FDA warning last month that it should only be used in hospital settings or clinical trials because of the risk of serious side effects, including life-threatening heart problems.

The Lancet, one of the world’s oldest and most well respected medical journals, published a new study Friday that echoed those findings.

“If you look at the one survey, the only bad survey, they were giving it to people that were in very bad shape. They were very old, almost dead,” Trump told reporters Tuesday. “It was a Trump enemy statement.”

He offered similar pushback Thursday to a new study from Columbia University’s Mailman School of Public Health. It found that more than 61% of COVID-19 infections and 55% of reported deaths — nearly 36,000 people — could have been been prevented had social distancing measures been put in place one week sooner. Trump has repeatedly defended his administration’s handling of the virus in the face of persistent criticism that he acted too slowly.

Trump has long been skeptical of mainstream science — dismissing human-made climate change as a “hoax,” suggesting that noise from wind turbines causes cancer and claiming that exercise can deplete a body’s finite amount of energy. It’s part of a larger skepticism of expertise and backlash against “elites” that has become increasingly popular among Trump’s conservative base.

But undermining Americans’ trust in the integrity and objectivity of scientists is especially dangerous during a pandemic when the public is relying on its leaders to develop policies based on the best available information, said Larry Gostin, a Georgetown University law professor who is an expert in public health.

“We have every right to expect that our leaders will use the best science to keep us safe and protect us,” Gostin said. “And so the idea that you reject objective scientific information that could inform policies that have life or death consequences is unfathomable.”

The White House rejected that thinking, noting that Trump has followed his administration’s public health officials’ recommendations through much of the crisis.

“Any suggestion that the president does not value scientific data or the important work of scientists is patently false as evidenced by the many data-driven decision he has made to address the COVID-19 pandemic, including cutting off travel early from highly-infected populations, expediting vaccine development, issuing the 15-day and later 30-day guidance to ‘slow the spread,’ and providing governors with a clear, safe road map to opening up America again,” White House spokesman Judd Deere said.

Yet Trump has made clear that, at least when it comes to hydroxychloroquine, he has prioritized anecdotal evidence, including a letter he told reporters he’d received from a doctor in Westchester, a county in New York, claiming success with the drug.

Asked this week what evidence he had that the drug was effective in preventing COVID-19 — contrary to FDA guidance — Trump responded: “Are you ready? Here’s my evidence: I get a lot of positive calls about it.”

“The only negative I’ve heard,” he added, “was the study where they gave it — was it the VA? — with, you know, people that aren’t big Trump fans.”

There is no evidence that the study, funded by grants from the NIH and the University of Virginia, was influenced by anyone’s opinions about Trump. The retrospective analysis was conducted by researchers at several universities and looked at the impact of hydroxychloroquine in patients at veterans’ hospitals across the nation. It found no benefit and more deaths among those given hydroxychloroquine versus standard care alone. That work was posted online for researchers and has not been reviewed by other scientists, but a larger observational study that looked at the outcomes of nearly 100,000 patients in 671 hospitals on six continents published Friday sounded similar alarms.

The Columbia study, in draft form, also hasn’t yet been published or reviewed by other experts. The researchers ran numbers through a mathematical model, making assumptions about how quickly the coronavirus spreads and how people behave in hypothetical circumstances.

Trump’s criticism of the studies also comes as his allies have been eager to counter messaging from public health experts who say Trump is putting lives at risk by pushing states to quickly reopen in an election year. Republican political operatives have been recruiting pro-Trump doctors to go on television to advocate for reviving the U.S. economy as quickly as possible, without waiting to meet federal safety benchmarks.

Gostin said Trump should leave it to his public health agencies to assess emerging data and the value of various studies.

“I think there are real dangers,” he said, “for the president to play scientist and doctor on TV.” 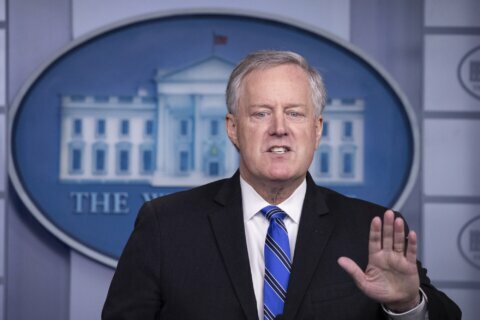 Virus relief bill remains up in air as negotiations resume 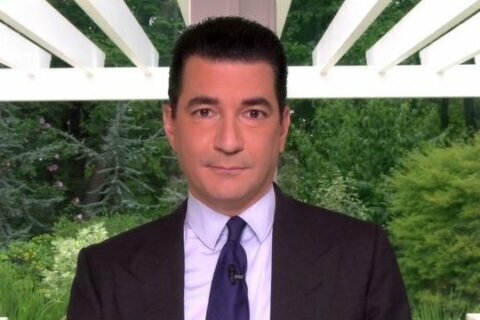 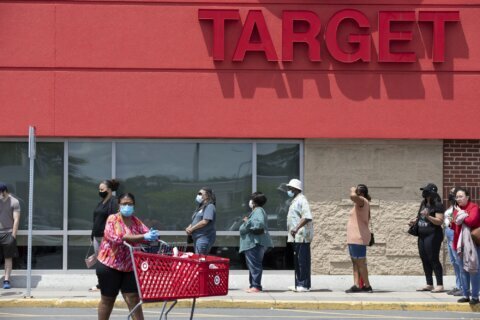