Prince George’s County has had 12,240 confirmed COVID-19 cases, the most of any Maryland county, according to the state Health Department.
Listen now to WTOP News WTOP.com | Alexa | Google Home | WTOP App | 103.5 FM

SILVER SPRING, Md. (AP) — A Maryland jail in a COVID-19 hot spot is detaining more than 100 prisoners who have been authorized or ordered by a court to be released, according to civil rights attorneys who sued over jail conditions during the pandemic.

The Prince George’s County Jail is holding at least 113 prisoners who have been authorized for release by a state court but haven’t been cleared for release by the county’s pretrial services department, plaintiffs’ lawyers said in a court filing Monday.

The county draws a distinction between court-authorized and court-ordered releases. Its lawyers say nobody has been detained in violation of a court order.

However, plaintiffs’ attorneys say four additional prisoners were ordered released by a court but remained detained as of Monday. Another prisoner was ordered released in January but wasn’t released until May 11, the lawyers said.

Prince George’s County, which abuts the nation’s capital, has had 12,240 confirmed COVID-19 cases, the most of any Maryland county, and 424 confirmed deaths as of Tuesday, according to the state Health Department.

On April 21, Civil Rights Corps attorneys filed a federal class action that claims the jail failed to stop an “uncontrolled” coronavirus outbreak or properly care for infected prisoners. The lawsuit says prisoners who tested positive for COVID-19 were isolated in cells with walls covered in feces, mucus and blood.

The county Corrections Department must ensure that its electronic monitoring criteria and other procedures are met before a prisoner can be released, said Jeff Logan, chief of the department’s population management division.

“This has been the practice for decades. The courts are aware of this, as are criminal defense counsel,” Logan wrote in a court filing Tuesday.

Plaintiffs’ attorneys say the county hasn’t identified any law that prevents it from deviating from or altering its policies and freeing prisoners with court-authorized releases.

During a May 11 hearing, U.S. District Judge Paula Xinis said the authorizations seem like “almost conditional releases” and are a “a bit trickier” than court-ordered releases.

“If there is anybody detained in contravention of the court’s order, the department is going to release them,” the judge said, according to a transcript.

Plaintiffs’ lawyers have asked Xinis to order the immediate release of medically vulnerable prisoners and require the jail to properly protect prisoners from COVID-19.

Last Thursday, the county provided plaintiffs’ lawyers with a list of 70 medically vulnerable prisoners. As of Monday, all but two of those individuals remain incarcerated at the jail.

Thirteen of the prisoners authorized for release appear on the county’s list of medically vulnerable detainees, according to their attorneys. However, the plaintiffs’ lawyers said they have no confidence in the accuracy of the county’s list.

County attorneys have asked Xinis to throw out the suit. In a court filing, attorneys for the county said jail officials acted proactively to protect inmates and staff from the virus. Mary Lou McDonough, director of the county’s corrections department, “led the way” among correctional facilities in Maryland to prepare for the COVID-19 pandemic, county officials wrote.

The county said on April 26 that the jail’s average daily population had dropped from 720 to 560 inmates since March 1, with 18 confirmed cases of COVID-19 among the jail population. But the jail only had tested 20 prisoners.

“So that means out of the tests administered, there is a 90 percent positive rate. That is a stunning number,” Xinis said during a May 1 hearing, according to a transcript.

The county said in Monday’s court filing that it only has 5,255 COVID-19 test kits for a population of approximately 900,000.

None of the infected inmates had been hospitalized, and 10 of them had fully recovered and returned to the jail’s general population, the county said last month. 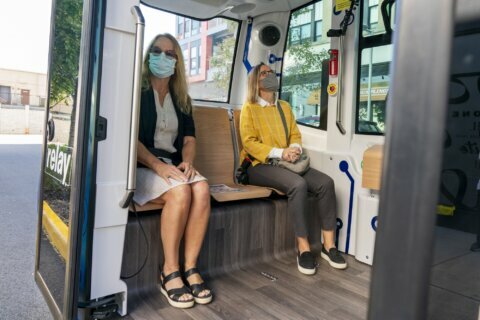 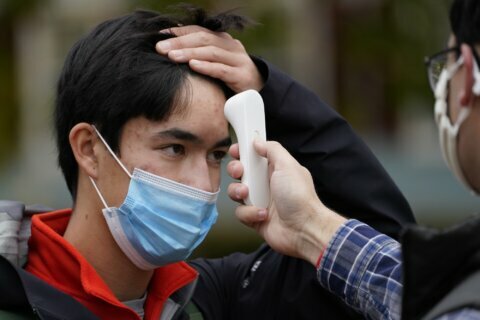