LOS ANGELES (AP) — Los Angeles recorded its first case of coronavirus five weeks before New York City, yet it’s New York that is now the U.S. epicenter of the disease.

Public health officials are keeping a wary eye and warning that LA could end up being as hard hit as New York in coming weeks, in part because a planned increase in testing may uncover a dramatic surge in cases. Testing in Los Angeles County is expected to increase from 500 per day to 5,000 by the end of the week.

“I would love to be able to say with all certainty that’s where we’re not going,” Los Angeles Public Health Director Barbara Ferrer said when asked about New York’s numbers. “We would be foolish not to prepare for a similar scenario here in LA County.”

In both cities, schools have been canceled, many businesses shuttered and employees who can have been ordered to work from home. New York City, with roughly 8.5 million residents, had nearly 45,000 cases and at least 366 deaths as of Friday, according to a tally by Johns Hopkins University. Los Angeles County, which contains its namesake city of 4 million people plus an additional 6 million residents, had nearly 1,500 cases and 26 deaths.

Health experts don’t know why there is such a big difference in the number of cases, but believe several things could be at play, such as urban density, differences in the use of mass transportation and slightly earlier moves by authorities to enact social distancing policies. A difference in the speed and amount of tests could also be factors, as officials warn that many people who get COVID-19 don’t necessarily have symptoms.

The virus is spread in tiny droplets from coughs and sneezes. Most people who get it experience mild or moderate symptoms, such as fever and cough that clear up in two to three weeks. For others, in particular older adults or people with other large health problems, it can cause more severe illness, including pneumonia and death.

While a shortage of tests in California during the early weeks of the crisis is one reason for a much lower number of cases, it doesn’t alone explain the difference. New York has tested about three times as many patients, but it has 10 times as many cases as all of California.

To date, there have been 519 deaths in New York state, more than six times the 85 in California.

“The death rate from COVID-19 in California is doubling every three days, which is lower than the New York death rate of doubling every two days,” said Dr. Jennifer Prah Ruger, a professor at the University of Pennsylvania medical school. “It is hard to know with certainty the exact causal mechanisms at this stage in the epidemic.”

In New York, residents live in large multi-unit buildings, many with small elevators and tight hallways. City sidewalks are choked with walkers and commuters who flow in and out of the city’s robust subway system.

“New York City is a more densely packed community than what we see in California, even in Los Angeles, which is much more spread out,” said Robert Kim-Farley, a professor at the University of California, Los Angeles Fielding School of Public Health. “The mixing, if you will, of population is much greater there.”

Still, Kim-Farley warned that with a simultaneous rise in cases and testing, “we’re going to start seeing just tremendous increases,” in the next two weeks in LA.

Indeed, on Thursday confirmed cases in LA jumped 50%, which health officials attributed to the availability of kits.

“This represents a huge jump, my friends: an increase of more than 50% in a single day of confirmed cases,” said Los Angeles Mayor Eric Garcetti. “Even more disturbingly, we see that if this rate of increase continues (in the county), in six days we will be where New York is today, the same number of cases per capita as they are struggling through.”

New York’s public transportation system carries 8 million passengers a day, about eight times the ridership on Los Angeles public transit. Commuters in Los Angeles are far more likely to travel alone by car on one of the many freeways that crisscross a county 10 times the size of New York City.

Professor James Moore II, director of the transportation engineering department at the University of Southern California, said he stopped riding the light rail to campus as the outbreak started spreading. He bought a parking permit and began to drive, a social distancing luxury not everyone can afford, particularly in New York City where car ownership is scarcer.

“It stands to reason … if you pack small areas and you’re dealing with a disease that is more contagious than the flu but less contagious than the measles, somewhere in there you’re probably going to come away with a lot of cases,” Moore said. “The fact that we rely fairly heavily on automobiles in Southern California and California in general is sort of a lucky break in the crisis for us.”

Another element that could have slowed the spread in California was earlier action to force social distancing.

It will take time to tell whether those measures were effective because of the virus’s two-week incubation period.

“We can hope it was social distancing that has limited the cases in California, but there are just too many factors that play into spread of the virus to be sure,” said Dr. Catherine Troisi, an epidemiologist at University of Texas, Houston.

“If we were to go on lockdown where nobody saw anybody else for 28 days — two times the incubation period — we are pretty sure we can stop the spread of the virus,” she said. “But, that’s not very reasonable, economically or socially.” 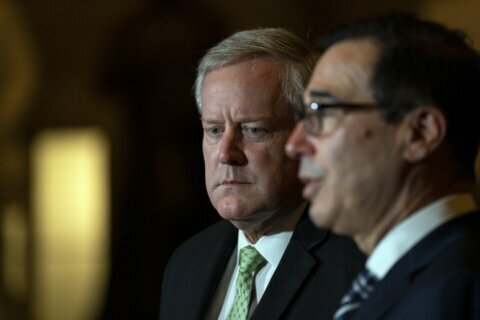