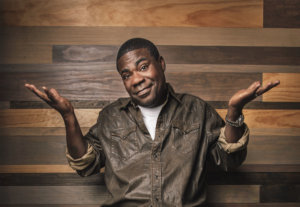 Enter to win your chance to see Tracy Morgan at Live! Casino on Saturday Oct. 20

Born and raised in New York City, Morgan is a stand-up comedian and sketch-comedy player who has worked the national stand-up comedy circuit while appearing on several television programs over the last several years. In January 2000, Tracy Morgan appeared as the main character in a music video for the single “Notorious,” which featured Puff Daddy and Lil’ Kim.

Enter to win now through Oct. 8 for the chance see this performance live with a friend!