Listen this Saturday and Sunday morning during the 8am hour for the WTOP Mystery Newsmaker Contest. We’ll play the voice of someone you’ve heard in the news this week on WTOP.

Be the first caller at 855-885-1035 to correctly identify the mystery newsmaker and win a pair of tickets to see Celia and Fidel at Arena Stage February 28 – April 12. 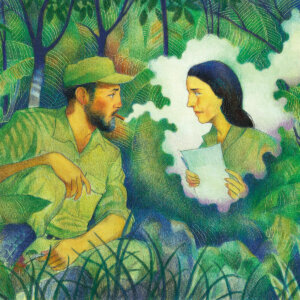 Can one woman change the mind of a man and the fate of a nation? Fidel Castro’s most trusted confidant and political partner, Celia Sánchez, is never far from his side as he grapples with how to move his country forward. It’s 1980 and a failing economy has led 10,000 Cuban citizens to seek asylum at the Peruvian Embassy in Cuba. Castro must decide what kind of a leader he wants to be: merciful or mighty. Imbued with magical realism, Arena Stage’s seventh Power Play imagines a conversation between Cuba’s most influential female revolutionary and its most notorious political leader in a contest between morality and power.