Holidays: 'Enchant' shines with millions of lights in Nats Park | Where to see holiday lights | Send in photos of decorations | How to give greener this season
Home » Consumer News » DoorDash defies U.S. delivery…

DoorDash defied an overall slowdown in U.S. restaurant delivery in the third quarter, saying its orders jumped 27% as it expanded overseas and added new grocery and retail offerings.

The San Francisco-based delivery company reported 439 million orders in the July-September period. That was higher than the 433 million Wall Street forecast, according to analysts polled by FactSet.

DoorDash anticipates the trajectory to continue the rest of this year. The company said it expects gross order volumes — which were up 30% to $13.5 billion in the third quarter — will hit $13.9 billion to $14.2 billion in the fourth quarter. That would also beat Wall Street’s forecast of $13.7 billion.

But its costs also ballooned, widening its net loss to $296 million in the third quarter from a $101 million loss in the same period last year. The loss of 77 cents per share was larger than the 59-cent loss analysts anticipated.

Ravi Inukonda, DoorDash’s vice president of finance, said DoorDash has been an anomaly, with strong growth despite a challenging market.

Overall U.S. restaurant traffic fell 1% during the July-September period as consumers pinched by inflation elected to cook more meals at home, according to The NPD Group, a market research firm. NPD also found that overall restaurant delivery demand fell 12% from the same period last year as diners tried to cut down on delivery fees.

But Inukonda said DoorDash’s profit from U.S. restaurants rose 50% in the third quarter. He said DoorDash lowered delivery fees for many users with its DashPass loyalty program, which offers free deliveries for a $9.99 monthly fee. That helped the company achieve record DashPass membership during the quarter, he said.

“We’re making it more affordable and consumers are ordering more,” he said. “It just goes to show you the resilience of the platform.”

DoorDash won’t say how many DashPass members it has, but says the number is “well above” 10 million.

Inukonda said DoorDash gained market share from competitors like Uber Eats. DoorDash’s market share now stands at 57%, he said, which is 14 percentage points higher than it was at the beginning of the pandemic.

DoorDash also increased non-restaurant orders in the third quarter with the addition of grocery chains like Giant Eagle and Sprouts and retailers like Dick’s Sporting Goods and Tractor Supply.

DoorDash grew its overseas presence with its acquisition of the Finnish delivery service Wolt, which was finalized on June 1. Wolt’s gross order volumes jumped 36% in U.S. dollars during the quarter, and it opened access to 22 countries where DoorDash didn’t previously operate, including Germany, Sweden and Israel.

Inukonda said DoorDash did slash some costs. The company is spending less money recruiting delivery drivers, he said, because investments to efficiency and pay have helped the company retain drivers. Around 2 million people drove for DoorDash during the quarter. 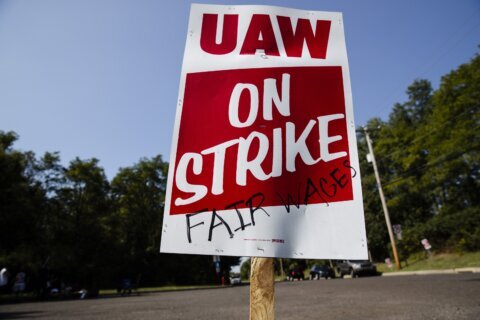