WASHINGTON (AP) — A federal judge has rejected the Justice Department’s bid to block a major U.S. sugar manufacturer from acquiring its rival, clearing the way for the acquisition to proceed.

The ruling, handed down Friday by a federal judge in Wilmington, Delaware, comes months after the Justice Department sued to try to halt the deal between U.S. Sugar and Imperial Sugar Company, one of the largest sugar refiners in the nation. The government had argued that allowing the acquisition to go through would be harmful to consumers and anticompetitive.

U.S. Sugar has argued that the acquisition will increase production and distribution of refined sugar and provide a more secure supply.

The ruling was a blow for the Justice Department as it pushes forward with aggressive enforcement of federal antitrust laws that officials say aim to ensure a fair and competitive market. The Justice Department could appeal the decision and said it was reviewing the judge’s ruling.

“We are disappointed in the court’s decision not to block this merger, which would combine the world’s largest sugar cane refiner with one of its primary competitors in the Southeastern United States and increase reliance on foreign imports,” Assistant Attorney General Jonathan Kanter said. “Further consolidation in the market for this important kitchen staple will have real-world consequences for millions of Americans.”

U.S. Sugar said in a statement that it was “pleased that today’s court ruling will allow our acquisition of Imperial Sugar to proceed as planned, enabling us to increase our sugar production, enhance the local Georgia economy and benefit our employees and customers.”

The Justice Department has said U.S. Sugar, which operates a large refinery in Florida, sells all of its sugar through a marketing cooperative known as the United Sugars Corporation. Imperial Sugar operates a refinery in Savannah, Georgia, and a sugar transfer and liquidation facility in Ludlow, Kentucky.

The companies announced the acquisition in March, saying that it would return Imperial Sugar to all-American ownership. Imperial Sugar is a subsidiary of Louis Dreyfus Company, which is headquartered in the Netherlands. The Justice Department says Imperial Sugar’s revenues were over $700 million in 2020. 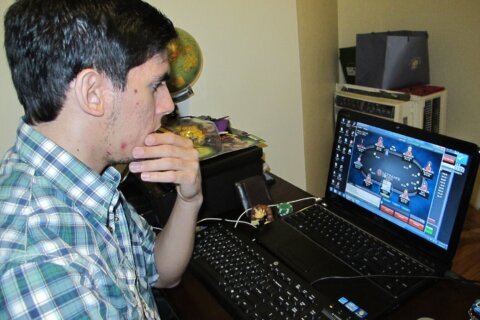 Execs: US internet casino gambling is poised for expansion