Report: Smoking bans no longer a threat to casino revenue

ATLANTIC CITY, N.J. (AP) — For decades, it was accepted wisdom in the casino industry that eliminating smoking would automatically lead to revenue declines and customer losses.

But a new report examining how the coronavirus pandemic has changed gamblers’ habits says that may no longer be the case.

The report issued Friday by Las Vegas-based C3 Gaming come as several states, including New Jersey, Rhode Island and Pennsylvania, are considering banning smoking in casinos. The research firm says its report was done independently and was not financed by any outside party.

It notes that the pandemic changed several key aspects of the casino experience, including the elimination of daily housekeeping in many places, closing of buffets and an end to room service — all of which customers have gotten used to. It suggests smoking will be the next such change to be accepted.

“The pandemic altered consumer expectations and consumer behavior in virtually every industry, including retail, entertainment, lodging, dining and casino gaming. One of those changes (is) in attitudes towards smoking in casinos,” the report’s three authors wrote.

“Data from multiple jurisdictions clearly indicates that banning smoking no longer causes a dramatic drop in gaming revenue,” it read. “In fact, non-smoking properties appear to be performing better than their counterparts that continue to allow smoking.”

The report looks at casinos’ performance in numerous states since the coronavirus pandemic hit in early 2020, and finds that “those casinos that implemented smoking prohibitions did not experience any drop in revenues or lost market share to nearby casinos that continued to offer smoking environments.”

The authors also interviewed tribal casino executives, who said profitability was starting to increase due to lower maintenance costs, adding that 157 tribes were able to end smoking in their casinos “without economic cost.”

The authors also predicted that smokers will not abandon Atlantic City casinos in droves if New Jersey bans smoking there, noting that due to smoking bans in Connecticut and New York, and a smoke-free policy at Rivers casino Philadelphia, gamblers from New York, New Jersey and eastern Pennsylvania would have only four options that offered smoking.

The report is the latest in a back-and-forth over whether there is evidence that smoking can be eliminated without harming casinos’ bottom line. It also takes aim at a report commissioned in February by New Jersey’s casinos predicting massive revenue and job losses if a smoking ban were implemented.

The stakes are high, particularly in New Jersey, where the main casino workers’ union is threatening a strike in July if new contracts providing big raises are not reached before then.

Gamblers in the northeastern U.S. interviewed by The Associated Press expressed strong support for smoke-free casinos.

“Smokers will say that they aren’t going to go gamble any more if they ban smoking,” said Linda Quinn of Montvale, New Jersey. “They said this when they made restaurants and bars non-smoking and it didn’t affect them at all. I honestly believe it will not have an affect, and smokers say that because they don’t want the law changed.”

Erik Lovequist of Billerica, Massachussetts quit smoking 14 years ago and has not visited Rhode Island’s Twin River casino “in a very long time due to the entire casino, including much of the non-smoking area, smelling like an ashtray. I’m enjoying having the entirely smoke-free Encore casino a half-hour away.”

John Bucek of Chester, New York, visits Atlantic City six times a year and quickly grew to like the absence of smoking in casinos there during the first year and a half of the pandemic.

“Now that it is back, it is terrible,” he said. “I never realized how bad it was. A lot of times it drives us out of there.”

Some gamblers who smoke, however, said they would seek out casinos that continued to allow them to do so.

The report notes revenue declines that followed the end of smoking in Delaware, Colorado, Illinois, Deadwood, South Dakota, and New Orleans. But it also noted there were other economic factors that may have influenced revenue, including the opening of new competition nearby. And it said those revenue declines “tended to recover in subsequent years.”

The report found that gamblers in several markets did not flock to smoking casinos when others in the region prohibited smoking, citing examples from Pennsylvania, Indiana and elsewhere.

But they also found that casinos that offer smoking do not perform better than those that allow it. It showed that the Parx Casino in Philadelphia; Empire City in Yonkers, New York; Foxwoods and Mohegan Sun in Connecticut, and Resorts World in the Queens section of New York have slot machine win-per-day performance that is greater than those in Atlantic City over the past 12 months.

Las Vegas, the nation’s largest gambling market, remains a bastion of casino smoking; only one resort, Park MGM, bans smoking completely. New Jersey allows smoking on up to 25% of the casino floor.

The Rivers Casino in Philadelphia has been smoke-free since August 2021, when general manager Justin Moore decided it was easier operationally to remain that way rather than changing policy to comply with frequently changing pandemic mandates from the city.

In April, the casino adopted a policy allowing its smoking customers to use a restaurant patio to smoke, avoiding the need to go through metal detectors two additional times in leaving and re-entering the casino.

The financial results have been mixed, with some good months and some where revenue fell short of projections, Moore said, adding that inflation, labor shortages and new competition nearby make it difficult to attribute revenue performance to any one factor.

The casino decided to remain smoke free even after it could have resumed smoking, in part, out of the experience of operating during the pandemic.

“It was hard to tell people, ‘We’re keeping you safe,’ and then allow people to blow particles into the air,” he said. 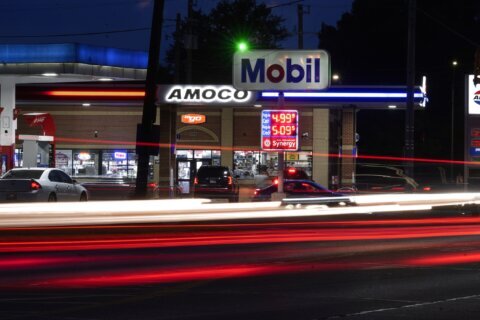 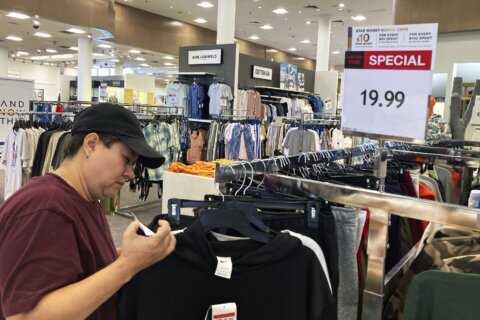 Retailers scale back hiring as worry about a slowdown grows 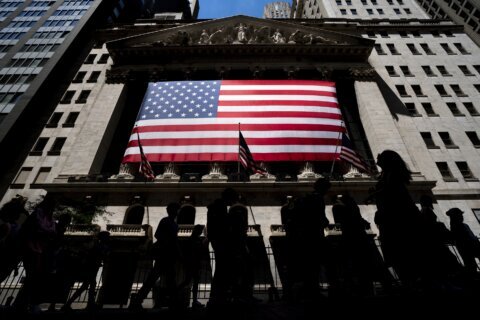