Greyhound racing nearing its end in the US after long slide 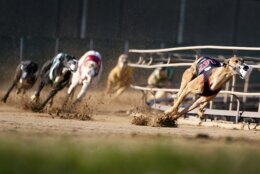 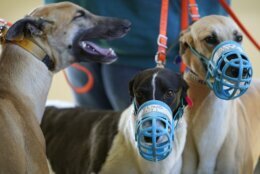 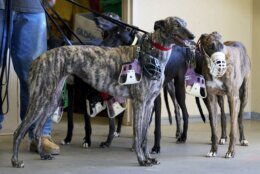 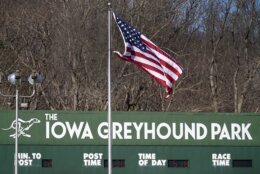 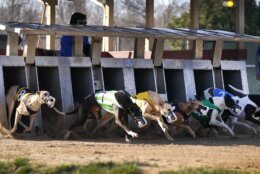 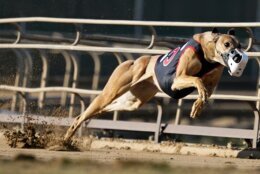 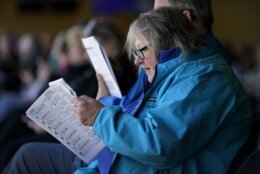 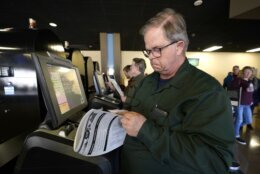 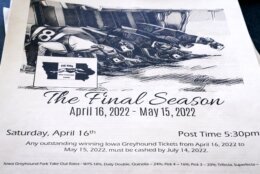 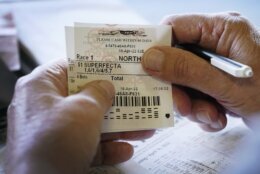 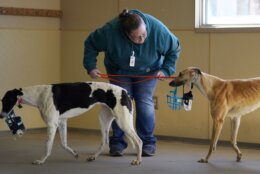 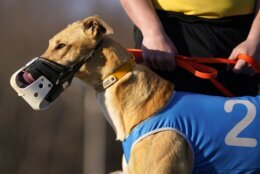 DUBUQUE, Iowa (AP) — Vera Rasnake laughed as she led a trio of barking, jostling dogs into the Iowa Greyhound Park, but her smile faded when she acknowledged that after 41 years of being around the sleek animals, her sport was teetering on extinction.

After the end of a truncated season in Dubuque in May, the track here will close. By the end of the year there will only be two tracks left in the country.

“It’s very hard for me to see this,” Rasnake said.

It’s been a long slide for greyhound racing, which reached its peak in the 1980s when there were more than 50 tracks across 19 states. Since then, increased concerns about how the dogs are treated along with an explosion of gambling options have nearly killed a sport that gained widespread appeal about a century ago.

A racing association found that betting on greyhounds plunged from $3.5 billion in 1991 to about $500 million in 2014. Since then, many more tracks have closed.

In some states like the dog-racing mecca of Florida in 2021, it was voter initiatives that ended the sport at the state’s dozen tracks. In others like Iowa, state officials allowed casinos to end subsidies that had kept greyhound racing alive as interest declined.

“Do I think the industry is dying? Yes,” said Gwyneth Anne Thayer, who has written a history of greyhound racing. But “it’s happening way faster than I thought it would.”

The Dubuque track closure and the end of racing in West Memphis, Arkansas, this December will leave racing only in West Virginia, where tracks in Wheeling and near Charleston operate with subsidies from casino revenue.

For some animal welfare groups, the industry’s collapse is the culmination of decades of work to publicize allegations of greyhound mistreatment. The group GREY2K was formed in 2001 and Carey Theil, the organization’s executive director, said he feels a sense of accomplishment now that the sport’s end seems within reach.

“This has become one of the signature animal welfare debates of our time,” Theil said.

GREY2K, the Humane Society and other groups have long argued that greyhound racing was cruel, including its longtime practice of killing dogs that weren’t deemed top racers, using drugs to enhance their performance, confining them for long periods and subjecting animals to the risk of injury on the racetrack.

Industry supporters note there now is a huge demand to adopt retired racers and deny that the other problems are widespread. They also contend that some don’t understand the love greyhounds have for running.

On opening day at the Iowa Greyhound Park in Dubuque, spectators packed into a spacious room that overlooked the track, sipping beers and mixed drinks as they pored over racing statistics before placing bets at kiosks or with attendants. They expressed disappointment that the track would close, lamenting the loss of an entertainment option in Dubuque, a city of about 60,000 known for its stately brick buildings and church steeples built on hills overlooking the Mississippi River.

Peggy Janiszewski and her friend Robin Hannan have for years been driving about three hours from the Chicago area to Dubuque to watch the racing. They typically bet only a few dollars on each race but are more interested in watching the dogs than counting their winnings.

Bruce Krueger said he has been making the 170-mile (274-kilometer) drive from Milwaukee to Dubuque. He doesn’t believe the dogs are mistreated.

“I know some trainers, and they treat them like kings and queens,” Krueger said.

General Manager Brian Carpenter was 16 when he started working at the track in its second year and has remained 36 seasons until this, its final year.

He recalls the excitement when the track opened in 1985, a time when Iowa was mired in farm bankruptcies and much of Dubuque was struggling. Back then, thousands of people would attend the races, with buses of gamblers arriving every weekend from Chicago and Milwaukee.

“It was an exciting time and the track offered good jobs,” he said.

Opening day this year drew at least 1,000 people but smaller crowds are typical, especially on weeknights.

The Dubuque track was helped along by city and state funding, and after Iowa and other states began allowing casinos, the Dubuque operation was expanded to include its own casino.

Thayer’s book, “Going to the Dogs — Greyhound Racing, Animal Activism, and American Popular Culture,” describes a sport with a colorful and often tumultuous history. From its beginning in the 1920s following development of the mechanical lure — typically a stuffed bone or stuffed animal that swiftly clatters around the track ahead of the dogs to attract them — the industry was continually pushing to allow for legalized betting state-by-state and to attract attention, with help from Hollywood celebrities, athletes and beauty pageant competitors.

At times, the sport drew more spectators than its more prominent rival horse racing. While considered seedy by some, it was mainstream entertainment for decades, Thayer said.

“People don’t realize how normalized it was in American culture for a long time,” she said.

Greyhound racing also is held in other countries, including Australia, Great Britain, Ireland, Mexico and Vietnam, but it is facing some of the same problems apparent in the U.S.

Although greyhound racing in the U.S. will be confined only to West Virginia, that state seems intent on retaining the sport, said Steve Sarras, president of the West Virginia Kennel Owners Association. The state’s two tracks run races five-days a week year-round.

Sarras said West Virginia legislators made repeated visits to his kennel and others to inspect conditions, and ultimately were confident the dogs are well treated.

“When you see it firsthand, you cannot fake how happy a dog is,” he said.

‘I wish I had a magic wand’: In Buffalo, wounds are deep 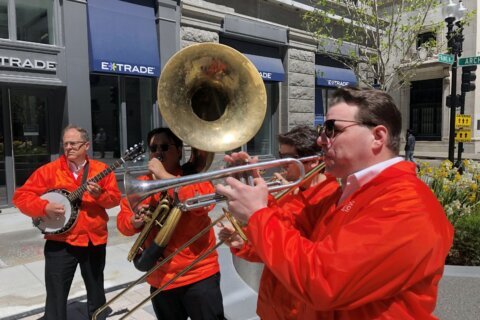