The Envision AESC plant at Bowling Green in south-central Kentucky will produce battery cells and modules to power the next generation of electric vehicles, the Democratic governor said.

The gigafactory’s products will be made for multiple auto manufacturers globally.

“With today’s announcement, we solidify that the commonwealth of Kentucky is the undisputed electric battery production capital of the United States of America,” Beshear said as he gathered with other state leaders to celebrate the new project.

The Envision AESC announcement comes months after Bowling Green was among several Kentucky cities hard hit by tornadoes last December. Parts of Bowling Green were devastated by the storm.

Envision AESC Group CEO Shoichi Matsumoto said the Kentucky investment is part of the company’s next phase of battery strategy to power electric vehicles in the U.S.

“This major investment builds on our commitment to the U.S. market, supports growth of the electrification supply chain and secures high value jobs for future generations in the region,” he said.

“This commitment takes us one step further toward our ambition to make high-performance, longer-range batteries for a diverse range of automotive manufacturers worldwide to support the EV transition,” he added.

Plans for the Kentucky plant follow the company’s announcements last year to build gigafactories in France and the United Kingdom. Envision AESC has 4,000 employees and 10 production plants in Japan, the U.S., the United Kingdom, China and France.

Automakers are trying to outdo each other with electric vehicle announcements and proclamations that they plan to sell nothing but zero emissions vehicles in the next decade or so. At present, there are 38 fully electric models now on sale in the U.S., with more than 120 expected by 2025.

Automakers sold nearly 4.6 million electric vehicles worldwide last year. LMC Automotive, an industry consulting firm, expects that to rise to nearly 7 million this year and to more than 15 million by 2025. Still, that will be only about 15% of global vehicle sales.

In Kentucky, the Envision AESC project follows last year’s announcement that Ford and its battery partner will build twin battery plants outside Glendale in central Kentucky. That mega-project will create 5,000 jobs to produce batteries for the automaker’s next generation of electric vehicles.

“So once again a company that is redefining the automobile industry is betting their future on Kentucky and our workforce,” Beshear said Wednesday of the Envision AESC project.

The Democratic governor thanked the state’s Republican-dominated legislature for its role in luring the new company. Republican Kentucky House Speaker David Osborne said the new plant announcement shows “great things can happen when we all pull in the same direction.” Soon after the plant celebration, Republican lawmakers started overriding the governor’s many vetoes.

The state’s new partnership provides the company up to $116.8 million from state incentive programs and up to $5 million in grant-in-aid for skills training, the governor’s office said.

Envision AESC picked a fast-growing college town with its plans to build the approximately 3 million-square-foot factory at the Kentucky Transpark in Bowling Green.

“The scale of this project is like nothing our community has ever seen before,” Bowling Green Mayor Todd Alcott said. 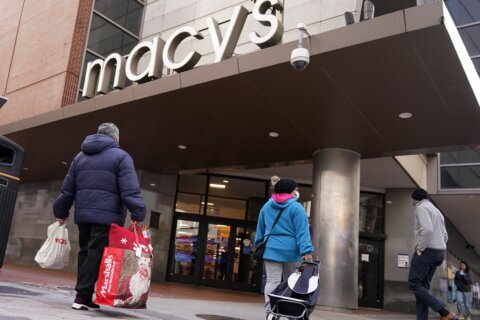