US unemployment sinks to 3.9% as many more people find jobs

WASHINGTON (AP) — The nation’s unemployment rate fell in December to a healthy 3.9% — a pandemic low — even as employers added a modest 199,000 jobs, evidence that they are struggling to fill jobs with many Americans reluctant to return to the workforce.

The drop in the jobless rate, from 4.2% in November, indicated that many more people found work last month. Indeed, despite the slight hiring gain reported by businesses, 651,000 more workers said they were employed in December compared with November.

Still, the data reported Friday by the Labor Department reflected the state of the job market in early December — before the spike in COVID-19 infections began to disrupt the economy. Economists have cautioned that job growth may slow in January and possibly February because of omicron cases, which have forced millions of newly infected workers to stay home and quarantine. The economy is still about 3.6 million jobs short of its pre-pandemic level.

For now, steady hiring is being driven by strong consumer demand that has remained resilient despite chronic supply shortages. Consumer spending and business purchases of equipment are likely propelling the economy to a robust annual growth rate of roughly 7% in the final three months of 2021. Americans’ confidence in the economy rose slightly in December, according to the Conference Board, suggesting that spending was probably healthy for much of last month.

Wages also rose sharply in December, with average hourly pay jumping 4.7% compared with a year ago. That pay increase is a sign that companies are competing fiercely to fill their open jobs. A record-high wave of quitting, as many workers seek better jobs, is helping fuel pay raises.

Low unemployment and rapid wage gains, though, could further heighten inflation as companies raise prices to cover rising labor costs. Price increases have already surged to a four-decade high, prompting a sharp pivot by the Federal Reserve, from keeping rates low to support hiring to moving toward raising interest rates to combat inflation. Most economists expect the Fed to raise its benchmark short-term rate, now pegged near zero, in March and to do so two or three additional times this year.

“Companies are paying up for workers,” said Neil Dutta, an economist at Renaissance Macro Research. “This is consistent with inflation well above 2%, which keeps the pressure on the Fed to raise interest rates.”

Among those benefiting from the intense competition for workers is Patrick Freeman, a custodian at a furniture factory in Hickory, North Carolina. In late November, Freeman, 57, was given a permanent job after having spent two years as a temp. Freeman got the good news at a time when many of his colleagues have found other jobs elsewhere, leaving the company short-staffed.

“They’ve scattered,” he said, referring to his fellow employees. “They’re really short in a lot of areas. I’m sticking around.”

Having come on board permanently, Freeman enjoyed a pay jump from $12 to $16 an hour. After a 60-day probation period, he will also receive health, dental, and vision benefits. And he’s eligible for the company’s employee stock ownership program.

Becky Frankiewicz, president of the staffing giant ManpowerGroup North America, said that many of Manpower’s clients are shifting employees from temporary to permanent status, because with workers scarce, they want to “lock people up.”

Frankiewicz said Manpower has calculated that because of omicron, absenteeism is running at three times its peak in 2021. Yet there has been “no slowdown in demand” for workers, she said.

More broadly through the economy, though, job growth will likely take a big hit this month from the omicron variant, which has sickened millions of Americans, forced airlines to cancel thousands of flights, reduced traffic at restaurants and bars, and caused some major school systems to close, potentially keeping some parents at home with children and unable to work.

That could make it even harder for companies to remain fully staffed and could slow the economy, too. Michael Pearce, an economist at Capital Economics, notes that millions of workers will likely be quarantining at home next week. For those who aren’t paid — about one-fifth of the U.S. workforce lacks sick leave — their jobs won’t be counted by the government. That would lower the employment gain reported by businesses for January.

Omicron has forced so many workers to call in sick, it’s disrupting businesses ranging from ski resorts to airlines to hospitals. Alaska Airlines said it’s cutting 10% of its flights in January because of an “unprecedented” number of employees calling in sick.

The wave of infections is also likely weighing on jobs at restaurants and bars. The number of Americans willing to eat at restaurants started to slip in late December, according to the reservations website OpenTable. Restaurant traffic was nearly at pre-pandemic levels for much of November but had fallen nearly 25% below those levels by Dec. 30, based on a weekly average of OpenTable data.

But because omicron is less virulent than previous COVID-19 variants and few states or localities have moved to limit business operations, economists say they believe its economic impact will be short-lived.

Omicron might have had some impact on December’s data, with the 199,000 added jobs having fallen well short of what economists had expected. A category that includes restaurants, bars, hotels and casinos gained just 53,000 positions, down from the several hundred thousand a month that were added earlier this year.

Even with December’s modest gain, 2021 was one of the best years for American workers in decades, though one that followed 2020, the job market’s worst year since records began in 1939, a consequence of the pandemic recession. Companies posted a record number of open jobs last year and offered sharply higher pay to try to find and keep workers.

Many companies are looking past the omicron wave and still adding workers. Angie Podolak, director of human capital at Beneficial State Bank based in Oakland, California, said the company, which employs about 195 people, is enjoying strong growth in auto lending and is seeking to fill 12 jobs.

Though some of its front-line workers have called in sick, Podolak said the bank hasn’t had to reduce hours or lose business because of omicron. Nor has it had to slow its recruiting efforts. Beneficial already conducts job interviews by video.

“It’s really just been business as usual for us,” Podolak said. “I’m knocking on wood and crossing my fingers right now. But we haven’t seen a significant impact on our recruiting.”

The aftermath of the pandemic has made the government’s survey of company payrolls more volatile, with one month’s data often followed by a sharply different trend a month or two later. On Friday, for example, November’s job gain of 210,000 was revised up to 249,000, and October’s gain, originally reported at 531,000, was upgraded to a strong 648,000.

December’s report also reflects a divergence in two surveys that the government conducts each month. The unemployment rate is calculated from a survey of households. For last month, this survey found that 651,000 more people reported that they were employed. A separate survey of employers, called the payroll survey, reported just 199,000 added jobs.

Though the results of the two surveys typically match up over the long run, they can differ sharply in any one month. 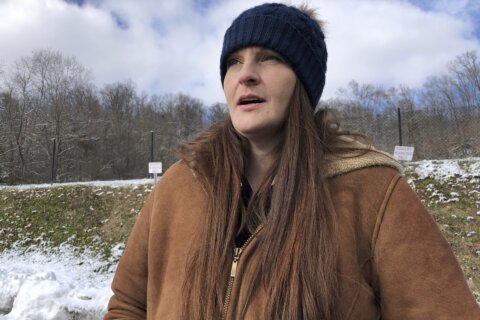 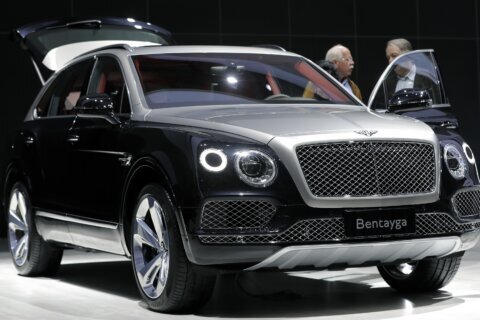