NEW YORK (AP) — A huge shift is underway within the stock market, one that might roil your 401(k) in the short term, but one that many professional investors also see leading to longer-lasting gains.

A surge of optimism that the pandemic is on the way out has convinced investors to revamp their playbooks for where to put money. Most stocks across the market are rising, with the biggest gains coming from companies that would benefit most from a healthier economy, such as airlines and banks, after they got pounded lower for much of the pandemic.

But all the hope at the same time is forcing a climb in bond yields, which in turn is sending a group of tech stocks back to earth after they carried the market for much of the pandemic. When bonds pay more in interest, investors are less willing to pay as high prices for stocks seen as the most expensive or to wait as long for their big growth forecasts to come to fruition.

Because of the way stock indexes are calculated, any weakness for the biggest stocks can mask strength that’s sweeping across the rest of the market. It’s why the S&P 500 is up less than 6% so far this year: Energy stocks have soared more than 38% and financial stocks have stormed about 17% higher, but tech stocks, which account for more than one-quarter of the index’s market value, rose less than 2%.

All that churning underneath the surface may sound inside baseball, but it has a big impact when 401(k) accounts are tied more than ever to the performance of the S&P 500 and other indexes. More than half the dollars in U.S. stock funds are directly mimicking indexes, according to Morningstar.

In other words, your 401(k) could fall even if the economy — and the majority of stocks in the market — are rising. It’s the mirror-image of what happened early in the pandemic, when the S&P 500 powered higher even though the economy was falling into a terrifying pit. And professional investors say this rotation among sectors still has room to run.

“It brings me back to business school, where we learned about how all the indices are different,” said Lamar Villere, a portfolio manager at Villere & Co. in New Orleans. “It seems so boring and academic, but there is not one monolithic thing called the stock market. It’s these hugely different areas of the market that are moving differently.”

Investors have already felt the moves in recent weeks, when expectations for coming inflation and economic growth suddenly hit an upswing as COVID-19 vaccines rolled out and Congress neared its $1.9 trillion economic rescue.

The Nasdaq composite tumbled more than 10% from February 12 through March 5, with its many tech stock holdings hurt by the sudden rise in yields. The S&P 500 also fell over that span, down 2.4%, but more than half the stocks within the index were rising during that time.

Marathon Oil and other energy producers led the way, with several up more than 20%. Cruise-ship operators were also steaming much higher. If the economy does roar back soon, as nearly everyone on Wall Street is anticipating, profits should jump much more for those types of companies than for big tech stocks, which had actually benefited from the stay-at-home economy.

That’s why if the S&P 500 falls because of drops for a just a few heavyweight companies, Wall Street should take it in stride. Many analysts and professional investors expect the improving economy to boost profits for companies enough to more than make up for any stumbles caused by rising rates in the near term, and they expect the S&P 500 to climb higher over the next year.

Since their recent tumble, tech stocks have come back as worries about inflation have been tamped down a bit. The revival for tech stocks helped the S&P 500 return to a record on Monday. And even if the shine never fully returns to tech stocks, many are continuing to produce huge profits that support their stocks, such as Apple and its nearly $29 billion in net income last quarter.

But many professional investors nevertheless expect the rotation out of tech stocks and into other beaten-down areas of the market to continue for a while longer. Tech and high-growth stocks continue to look much more expensive than the rest of the market, and higher interest rates make that gap look more glaring. That could keep the pressure on the S&P 500 and index funds that track it.

High-growth stocks had been largely pulling away from their more cheaply valued rivals, called value stocks, for much of the past 15 years, said David Joy, chief market strategist at Ameriprise. Over the long term, a reversal could last just as long.

Of course, within such long-term trends, the market can swing back and forth in momentum several times. For this most recent move into value stocks and out of high-growth tech stocks, Joy said he thinks there’s likely months left to go.

“If I had to guess, it’s halfway to maybe two-thirds done,” he said, “but it’s still the place to be.” 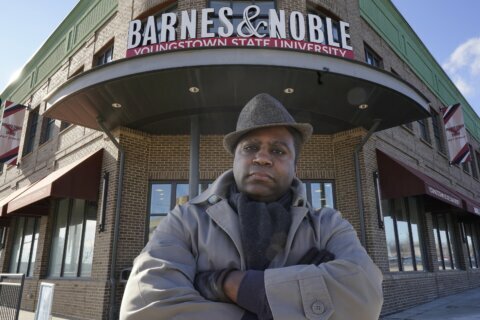 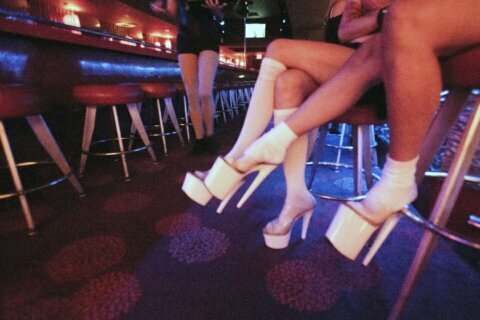