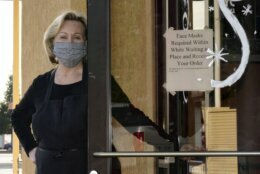 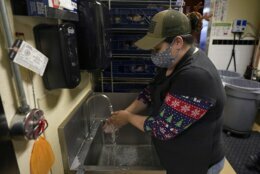 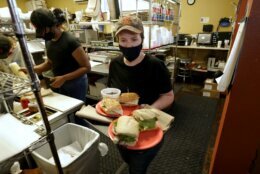 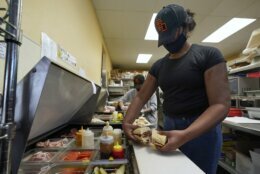 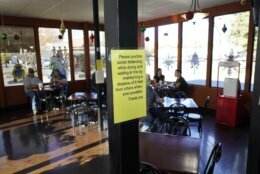 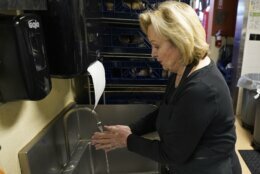 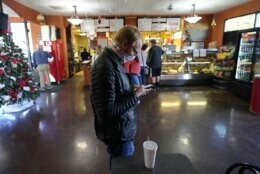 REDDING, Calif. (AP) — Brenda Luntey is openly violating California’s order to close her restaurant to indoor dining. But she wants her customers and critics to know she isn’t typically a rule-breaker. It’s a matter of survival.

“This is my first episode of civil disobedience in my entire life. My whole family is in law enforcement. I’m a follow-the-rules kind of person,” said Luntey, owner of San Francisco Deli, a popular sandwich shop in Redding, more than 200 miles (320 kilometers) north of the restaurant’s namesake city.

It’s in northern Shasta County, one of several rural California counties that appeared to dodge the virus in the spring but are now seeing some of the most alarming spikes in COVID-19 infections statewide. In an effort to avoid overwhelming hospitals, Gov. Gavin Newsom announced a strict new shutdown order that has taken effect in southern and central California and will likely soon affect Shasta County.

But outside California’s big cities, especially in conservative areas, the backlash against tough new restrictions is growing, and some sheriffs say they won’t enforce health orders.

Luntey is not a virus skeptic. She washes her hands so much they’re raw. But she shrugs off the idea of a stay-at-home order that shutters businesses. She watched other restaurants collapse, and she and her husband, both in their 70s, cannot afford that.

“I want people to understand we are not thumbing our nose at the government,” Luntey said. “I’m trying to keep my business alive.”

California has had some of the most aggressive coronavirus measures in the country. It was the first state to impose a stay-at-home order in March that shut businesses and schools for months, and now most of the state is under a nighttime curfew and a majority of restaurants were ordered to close indoor dining.

In California, the nation’s most populous state, confirmed infections have surged past 1.3 million. The state health department on Sunday announced more than 30,000 new coronavirus cases — the most ever in a single day. Each day brings dire new records in hospitalizations and deaths, which have neared a total of 20,000.

But many are still reluctant “to accept that this is a real and dangerous virus,” said Chuck Smith, spokesman for the COVID-19 response center in Sutter and Yuba counties. “A lot of transmission is caused by people not taking the precautions that are being recommended.”

Sutter County, about 100 miles (160 kilometers) northeast of San Francisco, logged one of the state’s highest rates of positive tests last week at 20.2%, and neighboring Yuba County ranked close behind at 17%.

They share one hospital, Adventist Rideout Memorial, which is overwhelmed with COVID-19 patients. It has no intensive care beds available, and staff were treating 50 COVID-19 patients after having none just a month ago, spokeswoman Monica Arrowsmith told the CBS-13 television station last week.

The strict new shutdown order in California took effect starting Sunday in Southern California, much of the San Francisco Bay Area and a vast swath of the Central Valley. The new measures, which include a stay-at-home order and widespread business closures, are triggered in any region that crosses an ICU capacity threshold of 85%. The rest of the state is on the brink of the same restrictions.

“If we don’t act now, we will continue to see our death rate climb,” Newsom said.

Tough in tone, his orders lack enforcement, which is frustrating for health officials issuing local guidance — often to no avail.

In a pre-Thanksgiving Facebook post, Shasta County Sheriff Eric Magrini asked people to be responsible but said he “will not be enforcing the compliance of any health or emergency orders related to curfews, stay at home orders, Thanksgiving or other social gatherings” or mask mandates. Several sheriffs in other areas have made similar statements.

In Sutter County, “we’re not running around arresting people, so it’s all about personal responsibility,” said Smith of the COVID-19 response center. “But can you tell me a law enforcement agency anywhere in California that is enforcing this?”

Some officials in the San Francisco Area are handing out tickets and fines.

Many in rural California were lulled into a false sense of security early in the pandemic when the virus seemed to hit mostly cities. Counties with low virus rates last spring objected to a one-size-fits-all shutdown.

“We had a lot of people who could not understand why in the world we would be doing that. We had very few cases, and not a lot of spread,” said Kerri Schuette, spokeswoman for the the Shasta County Health and Human Services Agency.

Shasta now has more than 5,000 cases and at least 50 deaths. Illustrating how fast the virus multiplies, the agency noted that it took 206 days to hit the first 1,000 infections, from March 8 to Sept. 30, while the second thousand took 28 days. The third thousand came in 16 days. The fourth thousand took seven days.

Schuette says people are taking it more seriously now, but officials nationwide are bracing for higher numbers after Thanksgiving gatherings and worrying about Christmas. Most of the transmission in hard-hit counties is due to socializing with family or friends, officials say.

Tensions over virus restrictions are encapsulated at Luntey’s deli, where a sign on the door tells customers to wear masks but whether they do is up to them.

“My take on that is, it’s your choice,” said Luntey, adding that her staffers wear masks and she’s reduced seating by half, to a dozen well-spaced tables.

The deli, in a strip mall, has no place to put substantial outdoor seating. Earlier in the year, she tried to survive on takeout, but it wasn’t enough to pay the bills or wages for 15 employees.

She’s not concerned about getting penalized because authorities have taken a “quiet, backseat” approach to enforcement. And her regulars praise her for staying open.

“We all need to eat,” said longtime customer Tracy Foster-Olstad who stopped to talk with Luntey after lunch. She said she doesn’t agree with “the way things are being governed” and wants to support struggling local businesses.

“The ripple effect of COVID is horrible,” Foster-Olstad said. “To me, this is an essential place.” 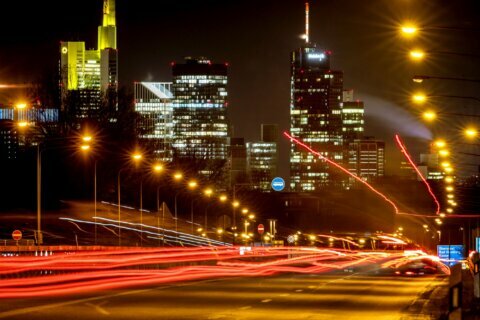 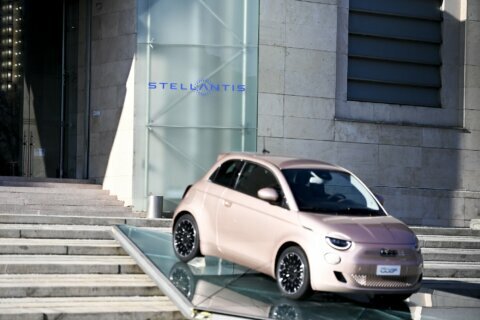