DENVER (AP) — It wasn’t that long ago that the NFL nixed Tony Romo’s fantasy football convention at a Nevada casino because of the league’s strict policy against having anything to do with sports betting.

Now, the NFL is betting big on the once taboo industry, loosening its gambling policies just as the finishing touches were being made at Allegiant Stadium, the Raiders’ spiffy new home within earshot of the neon-soaked Las Vegas Strip.

When the league voted in May to allow teams to sign sponsorship deals with gambling entities, the first team to place its bets was the Denver Broncos.

The Broncos capitalized on a confluence of events: Colorado’s new sports gambling law that was approved by voters and the league’s lifting of its ban on sportsbook advertising.

During a pandemic when new sponsorship opportunities were nearly non-existent, the Broncos signed a trio of gambling sponsors: one with FanDuel Group that includes stadium signage; another with BetMGM that features a sports betting lounge at Empower Field and a sports betting app; and one with Betfred USA Sports, which launched a full sportsbook at Saratoga Casino Black Hawk, about 45 minutes away in the mountains.

(Fans won’t actually be able to place wagers at the stadium betting lounges like they would at a sportsbook but will have to place their bets through an app, and the stadium signage won’t be showing up on broadcasts.)

“I think what you’ll find with us carving those first tracks through the field you’ll see other teams follow pretty quickly as states come on” board with sports gambling, Freeman said.

Freeman said the trio of deals with three very different gambling outfits is a result of the Broncos “bringing order to what was sort of a chaotic environment.”

“Because in the clutter just taking any deal you can get, probably no one actually gets true value out of it. So, I think we got a very favorable response from all of the partners and they were thrilled that we were going to limit these and then work hard to craft space for all of them so we could deliver a real value for them,” Freeman said.

No, the new gambling partnerships won’t make up for revenue lost during the coronavirus crisis, which has forced many teams, including Denver’s, to open the season without fans but with crowd noise pumped in instead.

“It’s great that we were able to get these deals done. It’s material revenue for the organization,” Freeman said. “The reality is I think you know the other revenue (dips) we’re going to see this year will dwarf what probably we were able to do in this category.”

Another no is this one: the Broncos won’t benefit from any bets from their fans.

“No, we are not able to sort of participate in the actual betting volumes or revenue generated,” Freeman said. “No, this is a very classic sponsorship structure where they are paying a fee for assets that we will use to leverage their brands. So, no, there’s no share of any of the actual betting activity coming back to the team.”

Just six years after nixing Romo’s fantasy football camp in Las Vegas, the NFL is all in on gambling in 2020.

“The approach to the licensed sports betting has evolved as the league and teams entertain new fan engagement opportunities through commercial partnerships,” league spokesman Brian McCarthy told The Associated Press.

“What has not changed, however, is our relentless protection of the integrity of the game,” McCarthy added. “These new partnerships have no impact on the play on the field. We have continued to study the rapidly changing landscape and felt comfortable with clubs executing partnerships such as these.”

Even with integrity measures in place, the league and gambling interests are linked like never before.

“We’re all on a path to we don’t know exactly where but I’m as curious as anybody,” said NBC longtime play-by-play man Al Michaels. “I don’t know what the end game is here, I don’t know that anybody does. But I do think that it’s pretty fascinating that yesterday DraftKing announced that Michael Jordan is going to be part of their operation and on the board and the stock went up about 10%.

“It’s a fascinating dynamic that’s developing right now and I wish I could predict what’s going to happen here but clearly everybody feels that they want a piece of the pie, of the gambling pie,” Michaels said.

“People are interested in putting down a couple of shekels during the game or even inside the game, not just the end result and how many points will be scored and all of that. But this is a mystery. It’s a mystery right now. I don’t know where it goes. I do know the leagues are very excited to be a party to what could be a gigantic industry.”

Michaels’ broadcast partner, Cris Collinsworth, is the majority owner of Pro Football Focus, a subscription-based analytics service founded in England in 2007 that studies and grades every player on every play in every game.

“It’s kind of interesting. With PFF I have a lot of people who are from Europe that work here … they laugh at us with all of this because it’s been such a part of their culture for so long that you could bet on anything,” Collinsworth said. “And when they see the gnashing of teeth and everything that we’re going through in this transition period, they just find it very, very entertaining.

“And for the rest of the world I guess this is just status quo, but it is very different for us.” 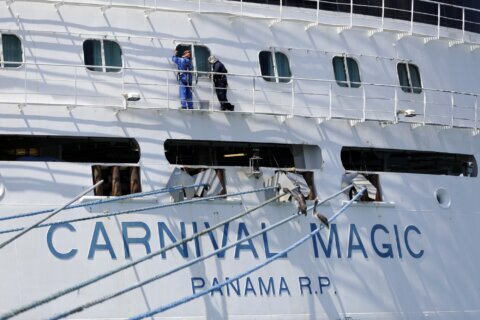 Carnival cancels most 2020 US cruises as CDC extends ban 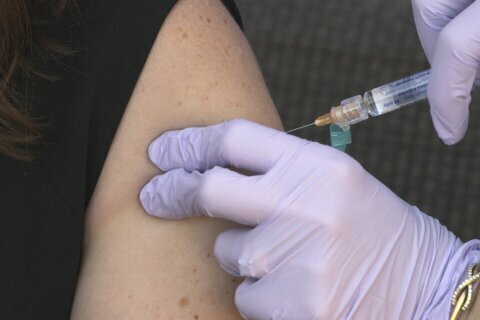 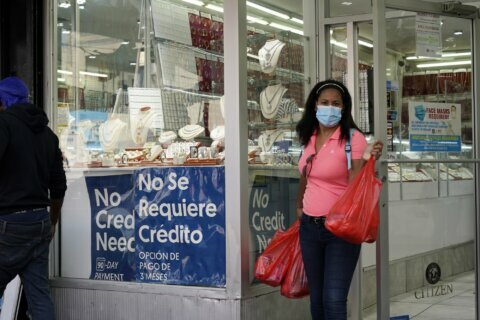