SACRAMENTO, Calif. (AP) — With the hope of preventing another virus surge, California Gov. Gavin Newsom announced a new process Friday for reopening businesses that’s more gradual than the first attempt that eventually led him to close many businesses soon after they reopened.

“Simple, also slow,” is how the Democratic governor described the new rules, which take effect Monday.

The four-tiered, color-coded system ranks counties based on the number of virus cases and infection rates. Businesses can add more customers or open more services as their county moves into lower tiers.

For example, counties in the most restrictive tier — purple — can only allow restaurant dining outside. But in lower red, orange and yellow tiers, they can serve people in indoor dining rooms at reduced capacity.

When the new system takes effect, 38 of the state’s 58 counties, including Los Angeles and nearly every other large county, will begin at purple. Only three rural counties will begin in the yellow phase, the least restrictive.

There is no stage established for the return of live event audiences at professional sports and theater and concert venues.

“We don’t put a green (tier) because we don’t believe that there’s a green light that says go back to the way things were or back to a pre-pandemic mindset,” Newsom said.

The new system established a benchmark for all counties to allow all types of retail, including indoor shopping malls and hair salons that operate indoors. Counties also can keep stricter rules in place than the state allows — and that’s what Los Angeles County officials may do.

LA is the largest county, with 10 million residents, and has had a disproportionately high percentage of the state’s virus cases and deaths. In a tweet, its health department said it was keeping its health order in place that shuttered indoor malls and salons until it had more time to review the state system.

California imposed the nation’s first statewide shutdown order on March 19. When cases plateaued in May Newsom started to reopen the state and by mid-June virtually all businesses were operating. But cases started rising and in early July Newsom forced bars, indoor restaurants, gyms, nail salons and many other businesses to close or drastically limit their operations. Religious services could only be held outdoors.

California has the most confirmed virus cases in the nation, with nearly 700,000, and the third-most deaths — 12,690. But since the closures last month, the average number of daily cases has been falling along with the infection rate and hospitalizations, which peaked at 7,170 on July 21 and have since dropped to about 4,200.

The improving numbers prompted Newsom’s action and several epidemiologists praised the new approach as having more nuance than the black-and-white system used before that dictated what counties could do based on whether they were on a state watch list. They also said it’s smart to make counties stay within a tier for at least three weeks, giving officials time to see the consequences of reopening.

“To avoid a big outbreak this fall I think these kinds of prudent moves are truly essential,” said Dr. George Rutherford, a professor of epidemiology at the University of California, San Francisco.

Dr. Robert Kim-Farley, a professor of epidemiology at the UCLA Fielding School of Public Health, compared the new approach to a large tanker ship taking a long time to turn in the water. “As we either dial forward or dial back the control measures … it takes two or three weeks for us to really see the effects of that action,” he said.

Counties will move through the system based on their rate of coronavirus cases and the percentage of positive tests. Previously, the state used several other metrics, like hospitalizations and testing capacity, to determine whether counties could reopen. Those metrics will still be used to help determine whether the state needs to take a step back.

Counties must be within a tier for three weeks and hit the metrics of the next lowest tier for two weeks before they can move. The state will now report virus statistics, such as case numbers, on a weekly basis.

“We’re going to be more stubborn this time and have a mandatory wait time between moves,” Newsom said.

Business groups weren’t cheering the new guidelines. The California Restaurant Association said the fact that restaurants won’t be able to serve more than 50% of their total capacity in any tier will force already suffering businesses to close for good.

“Restaurants cannot sustain themselves or their employees when they operate with strict capacity limits, which means the state should long ago have crafted a comprehensive aid package to help these small businesses hibernate,” said Jot Condie, chief executive officer of the association.

The guidelines came with an acknowledgement from Newsom that a return to normal isn’t on the table until a vaccine is available or the virus is otherwise drastically curbed. The least restrictive tier — yellow — only allows churches, restaurants, gyms and movie theaters to open at 50% capacity.

To reach that tier, counties must have less than one new coronavirus case per 100,000 people each day and less than 2% of tests come back positive.

San Diego, the state’s second-most populous county beyond Los Angeles, is in the red tier, which means it can open restaurants, gyms, movie theaters, churches and other indoor businesses with reduced capacity. It has among the lowest virus numbers of any major county in the state.

Dr. Wilma Wooten, the county’s public health officer, said it will reopen Monday in accordance with the new guidelines, though she left open the possibility of more restrictions if problems surface. She said county officials were still studying the new rules.

While most of the state is using distance learning for schools, San Diego has granted dozens of waivers allowing individual schools to offer classroom learning.

Nathan Fletcher, a Democratic county supervisor, said he’s worried that the state still is moving too quickly. He suggested the reopening allowed in the red tier — which includes restaurants, churches and movie theaters — could jeopardize the county’s efforts with schools.

“I believe our focus now should be on a narrow section of low-risk entities and doing everything we can to support our schools,” he tweeted.

Edmunds picks the top convertibles for 2021 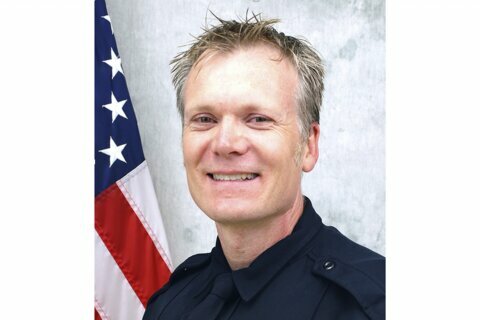