HOUSTON (AP) — The U.S. government has detained children at several major hotel chains — more than previously known — during the coronavirus pandemic instead of transferring them to government-funded shelters, according to new data released Friday.

Since March, the Trump administration has used hotels to hold at least 660 children, most unaccompanied by a parent, before expelling them to their countries of origin. The administration said it cannot allow children to stay in the U.S. due to the coronavirus pandemic, though opponents of U.S. immigration policy contend that the pandemic is being used as a pretext to deny access to asylum or other protections in federal law.

The hotels don’t provide the same schooling, legal services, and counseling as shelters, and allegations of mistreatment have already emerged. A Haitian family said contractors at one border hotel told them to feed ice to their 1-year-old daughter in case their temperatures were checked as a screening for COVID-19. Immigration authorities denied the use of ice to circumvent screening measures.

Three Hampton Inn & Suites hotels in Phoenix and two Texas cities, El Paso and McAllen, comprise the majority of the stays up to the end of July, according to the data published Friday in federal court filings. After the Associated Press first reported the three Hampton Inns were detention sites, Hilton said it expected all of its properties “to reject business that would use a hotel in this way.” Hilton owns the Hampton Inn brand, though the three properties are franchises.

But other Hilton hotels have also been used to detain children since March, the data shows. So have properties at Marriott International Inc. and Choice Hotels International Inc., which was previously unknown.

All of those brands are owned by Hilton, which spokesman Nigel Glennie on Friday noted had “no current information” that children were being detained at its properties. Hilton has reached out to immigration authorities to reiterate its opposition to its rooms being used to detain children, Glennie said.

The Courtyard by Marriott hotel near the El Paso airport was used to detain 55 children. According to the data, many of the children were held there in July, though it’s unclear whether those bookings increased after the Hampton Inn near the same airport vowed to reject child detention.

A TownePlace Suites in Alexandria, Louisiana, was used for 17 children. Alexandria is a major hub for deportation flights operated by U.S. Immigration and Customs Enforcement. Another 13 children total were detained at four other Marriott properties in San Antonio and McAllen, Texas.

Marriott spokeswoman Connie Kim said Friday that the company last month issued a policy “making it clear that properties should decline any requests to use our hotels as detention facilities.”

“If the government is making reservations through a third party, it becomes more challenging for hotels to identify the type of business that is being booked,” Kim said, adding that the company was reviewing the specific bookings revealed in the data.

A Comfort Suites hotel in Alexandria was used 12 times. Choice Hotels, which owns the Comfort Suites brand, said it also opposed its rooms being used for detention and was investigating.

All told, at least 25 hotels and motels have been used since March to detain children, according to the data. The majority were used to hold fewer than 10 children.

U.S. Immigration and Customs Enforcement declined to comment on the data Friday, citing pending litigation, which includes a lawsuit filed by the American Civil Liberties Union challenging hotel detention. The contractor MVM, Inc., which has a multimillion-dollar contract to transport and detain children in hotels, has refused to comment.

The Justice Department has fought oversight of hotel detention in court, arguing the hotels fall outside a long-running court settlement known as the Flores agreement that governs the treatment of immigrant children in U.S. custody. The U.S. government provides data on where it detains children as part of the settlement.

Melissa Adamson, an attorney with the National Center for Youth Law, said there were “incredible inconsistencies” in the latest data, with children listed in one set of documents not appearing in the other. Advocates said they have long worried children are being detained and deported from the United States in secret to countries where they fled danger. 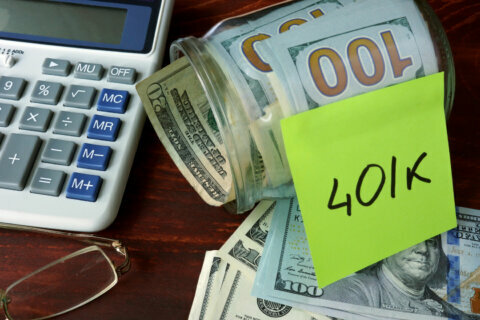