Gettelfinger called the company’s allegations a “malicious and utterly baseless attack” designed to cause as much harm as possible to the union.

GM made the accusations Monday in a federal court filing asking a judge to reconsider the dismissal of a lawsuit against rival Fiat Chrysler. The nation’s largest automaker claims that FCA bribed union officials so they would give GM over $1 billion in higher labor costs during contract negotiations, with the ultimate goal of forcing GM into a merger with Fiat Chrysler.

The accusation is the first against Gettelfinger in connection with a wide-ranging UAW bribery and embezzlement scandal that so far has snared 10 union officials on federal charges. Some spent thousands in union money for golf, lodging and fancy meals. Gettelfinger’s name has not come up in the federal probe of union corruption.

Gettelfinger, who was union president after Fiat took over Chrysler in 2009, helped to make sure Holiefield and Williams kept their union leadership posts “in order to preserve and progress the conspiracy to harm GM,” the documents said. GM alleged that accounts “apparently exist” in Gettelfinger’s name, and the name of an unidentified relative in Panama and Switzerland.

GM lawyers said in court documents that third party investigators recently found evidence of the accounts and said the information wasn’t available when the case was filed in 2019 or before it was dismissed in July by U.S. District Court Judge Paul Borman.

Holiefield is deceased and Ashton, a former GM board member, awaits sentencing. Williams has not been charged in the criminal investigation, although his home was raided by federal agents.

In his letter, Gettelfinger wrote that GM knew the allegations against him would bring major media attention.

“The harm GM has brought to my name will never be erased in some people’s eyes,” Gettelfinger wrote. “I’m sure that won’t bother top GM management or their battery of attorneys or they would have been thorough in their so-called ‘investigation’ before publicly smearing me and my family.”

GM said Tuesday that it stands by its court filing.

The union said it wasn’t aware of any allegations about foreign bank accounts and Fiat Chrysler called GM’s lawsuit meritless.

In throwing out GM’s lawsuit, Borman wrote that GM’s alleged injuries were not caused by FCA violating federal racketeering laws, that GM had not stated a claim that can be granted, and that the people harmed by the bribery scheme were Fiat Chrysler workers.

GM said in its new motion that Borman should alter or amend his order allowing GM to amend its complaint to present the new allegations. 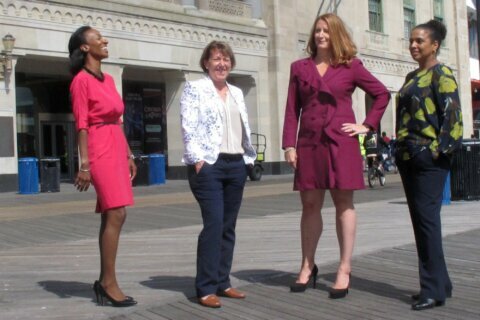