MIAMI (AP) — El Salvador’s government signed a $450,000 contract to hire a well-connected Washington lobbyist — only to immediately back away from the deal — as President Nayib Bukele, a strong Trump ally, has come under criticism that his popular polices mask an authoritarian streak, The Associated Press has learned.

Robert Stryk’s Sonoran Policy Group registered as a foreign agent with the U.S. government on Thursday after signing a contract with Bukele’s national intelligence chief, according to a copy of the contract provided by the Department of Justice.

But hours later, in response to a request for comment by the AP, Bukele’s office said the president had never approved the contract, which is dated Aug. 15, and had it annulled. Despite multiple requests, his office and two aides wouldn’t say when it was cancelled or what led to the abrupt reversal, but insisted that no money had been disbursed.

“El Salvador’s government has 194 portfolios and each director has discretion to direct funds for A and B situations, contracts, services or needs,” his office said in a statement. “But this type of contract the president has to approve, or not approve, directly.”

Stryk on Friday wouldn’t comment on the contract’s status after El Salvador insisted it had been cancelled. Under the terms of the contract, either party can terminate the relationship, without cause, giving 30 days notice, but will be potentially responsible for any payments until it is effectively terminated.

“The signing of this contract on behalf of the people of El Salvador continues my commitment to assist all nations in rooting out corruption, organized crime and terrorism so as to promote the sacred values of capitalism, which is the eternal flame that truly lights the world!,” Stryk said in a statement.

It’s not clear why Bukele’s government was seeking influence in Washington. The five-page consulting agreement signed by Peter Dumas, El Salvador’s director of national intelligence, only says Stryk’s firm will charge $75,000 a month for up to six months of government and media relations work. It also says Sonoran will provide “economic development advice” and outreach to trade organizations for the Bukele government.

The 39-year-old Bukele took office in 2019 as an independent vowing to rescue El Salvador from the deep divisions left by uncontrolled gang violence and systemic corruption in both right and left-wing governments that followed the end of a bloody civil war in 1992.

Polls show that an overwhelming majority of Salvadorans approve of his strong-handed approach. But human rights activists and some business leaders complain he has trampled on the country’s constitution, most famously in February, when he sent heavily armed troops to surround the congress to pressure lawmakers into approving a loan to fund the fight against gangs. His strict lockdown to slow the spread of the coronavirus has also proven controversial.

He’s nonetheless drawn close to President Donald Trump, expressing support for his hard-line immigration policies by signing a bilateral agreement that would allow the U.S. to send asylum seekers from other countries to El Salvador. The policy had not been implemented before the pandemic.

As part of Thursday’s filing, Sonoran said it had hired Mario Duarte, the former head of Guatemala’s intelligence service, to assist its work on behalf of El Salvador.

Stryk, a winemaker and former Republican aide who unsuccessfully ran for mayor of Yountville, California, has soared to the top of the highly competitive influence industry in Trump’s Washington.

A former unpaid Trump campaign adviser on the West Coast, his firm had no reported lobbying activity from 2013 to 2016 but has billed upward of $17.3 million to foreign clients since the start of 2017, according to data from the non-partisan Center for Responsive Politics.

Stryk prides himself on being an outsider and disputes claims he has some special in with the White House.

Many of his past clients have bruised reputations in Washington or are under U.S. sanctions, such as the governments of Somalia and the Democratic Republic of Congo. Currently he represents Isabel dos Santos, Africa’s richest woman, who is fighting allegations that she accumulated vast wealth through state loans brokered by her father, Angola’s former president.

In January he registered as a foreign agent to open doors for Venezuela’s socialist government, which Trump and Bukele both fiercely oppose. But the law firm that had hired him as a consultant later terminated the $12.5 million contract with a close ally of President Nicolás Maduro amid an outcry from Florida Republicans, who accused them of shilling for a “dictator.”

The last time El Salvador hired a U.S. lobbyist was in 2017, when its embassy in Washington paid law firm Dentons U.S. a total of $125,000 for five months of work aimed at strengthening bilateral relations. 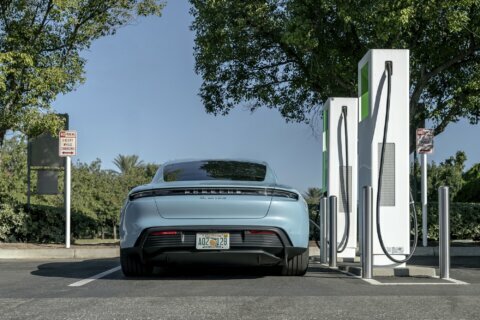