NEW YORK (AP) — Best Buy Co. reported that online sales more than tripled in the fiscal second quarter, as shoppers bought computers, tablets and large appliances to help them cook, work and learn from home during the pandemic.

Same-store sales rose 5.8% during the quarter when its stores were only open by appointment for the first six weeks of the period. A year ago, Best Buy saw a 1.6% increase. Still, Best Buy’s sales were still not as explosive as the sales performance at its big box rivals like Target, Walmart, Home Depot, and Lowe’s, all of which stayed open during the lock-down of the U.S. Home Depot reported last week a 23.4% increase in sales at stores opened at least a year globally, helped by a frenzied pace of do-it-yourself projects.

Best Buy said that sales growth across the business was tracking 20% during the first three weeks of the current quarter compared to a year ago, but warned it could see a slowdown amid so much uncertainty. Shares fell on the news.

“We are still operating in a dynamic environment, and much uncertainty remains around future outbreaks, government stimulus efforts and the economic impact of sustained high unemployment levels and ongoing shutdowns that vary by industry,” Best Buy CEO Corie Barry told analysts during the call.

She and other executives also noted that Best Buy is still having a hard time keeping up with surging demand for certain products, which is also constraining sales growth.

Barry said the federal stimulus money buoyed — at the very least — confidence if not discrete purchases during the fiscal first quarter and that continued through the second quarter. But she said it’s hard to figure how much people are buying out of necessity.

“A lack of stimulus may only underscore the heightened levels of unemployment and lack of confidence,” Barry said. “It’s hard to say how long the overhang of the last stimulus hangs on until hopefully the new stimulus is agreed upon. Everyone is watching and waiting.”

When the U.S. went into lock-down in mid-March, Best Buy closed its stores to shoppers and pivoted most of its outlets to curbside pick. The next month, it allowed shoppers to shop at 200 of its stores by appointment only. In mid-June, it began to allow customers to freely shop without an appointment at more than 800 U.S. stores and then expanded that number. As of late June, about half of its 51,000 workers had returned to work. Now, that figure is about two-thirds, the company said.

Earnings, adjusted for amortization costs, came to $1.71 per share.

The results beat Wall Street expectations. The average estimate of 10 analysts surveyed by Zacks Investment Research was for earnings of $1.09 per share.

Best Buy said it’s testing a ship-from-store hub model at 250 store locations to help handle significant volume for the pre-holiday season and year-round. All of its stores will still ship out online orders, the company said.

Elements of this story was generated by Automated Insights (http://automatedinsights.com/ap) using data from Zacks Investment Research. Access a Zacks stock report on BBY at https://www.zacks.com/ap/BBY 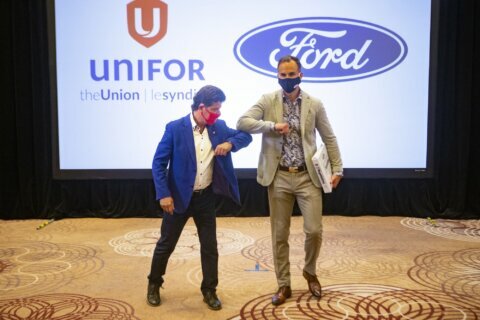 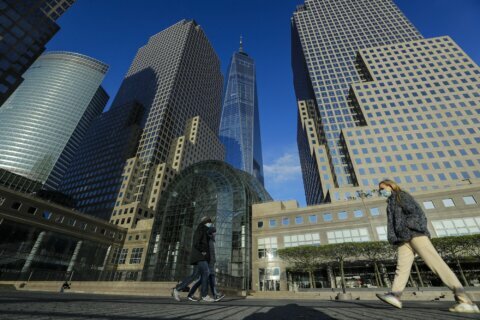