DENVER (AP) — Ski resorts across the West that were shut down amid coronavirus fears are grappling with an economic…
Listen now to WTOP News WTOP.com | Alexa | Google Home | WTOP App | 103.5 FM

DENVER (AP) — Ski resorts across the West that were shut down amid coronavirus fears are grappling with an economic “body blow” at a time when they normally would be welcoming hordes of spring break revelers.

March is usually one of the busiest months for Colorado resorts, which tallied a record 13.8 million skier visits last winter and typically contribute between $5 billion and $6 billion annually to the economy. But on Tuesday, the chair lifts at Vail swayed silently in the breeze, and the resort’s typically bustling base village was all but empty.

“Today it’s desolate. It’s a ghost town,” said Colin Tabb, a Vail resident and snowboarder. “Usually we are fighting lift lines and we are doing our thing still, but it’s a complete ghost town.”

Melanie Mills, president and CEO of Colorado Ski Country USA, an industry group that represents 23 ski areas across the state, said the March 14 decision to close the resorts came on one of the season’s busiest arrival days for visitors.

“We had several weeks left to go, in some cases more than a couple of months to go. So this was a body blow,” Mills said.

Mills said many resorts generate 25% to 30% of their revenue from March through the end of the season, and the economic damage from the coronavirus is yet to be seen.

Vail Resorts and rival Alterra Mountain Company have closed 49 of North America’s most well-known resorts, including Vail, Breckenridge and Steamboat. The move was an abrupt change of course after most of the country’s resorts vowed to stay open during the crisis while taking measures to prevent the spread of the virus.

“This decision provides a pause for the entire ecosystem of our mountain resort communities,” Vail Resorts CEO Rob Katz said in announcing the closures. “It gives everyone the time to assess the situation.”

Colorado Gov. Jared Polis issued an order the same day suspending operations at ski resorts for one week. He has since extended the order through April 6.

“For those of us who treasure living our lives outdoors, sacrificing our fun is the easier part. But for those who depend on employment in our Colorado high country, the uncertainty of how long they will be out of a job is terrifying,” he said.

Tony Counts, a manager at the Snow Bowl restaurant and bowling alley in Steamboat Springs, about 90 miles north of Vail, said his business took a hit when the nearby resort closed, and it had to lay off most of its 20-25 employees after Polis barred dine-in options.

“We were really humming along well. … And then this virus thing hit and it’s been a tough reality right in the face. There’s nothing you can do,” he said.

Snow Bowl has since opened a drive-thru to give away meals to the community.

“It’s a matter of just sucking it up and doing what we have to do until this is done,” Counts said.

Several counties in Colorado that are home to some of the country’s most popular ski resorts have been particularly hard-hit by the virus, and state health officials have warned that hospitals in many small mountain communities don’t have the resources to treat patients with the disease.

“Obviously, you do have lots of visitors coming in from a whole variety of places to a resort town,” Mills said. “These are small communities, but you can get large numbers of folks in one place at one time.”

In neighboring Utah, the county where the ski resort town of Park City is located has a per capita infection rate similar to New York City and parts of Italy, Summit County Health Director Rich Bullough said. Authorities expect local hospitals to reach capacity. On Wednesday they issued the state’s first shelter-in-place order in hopes of keeping the health system from becoming overwhelmed. 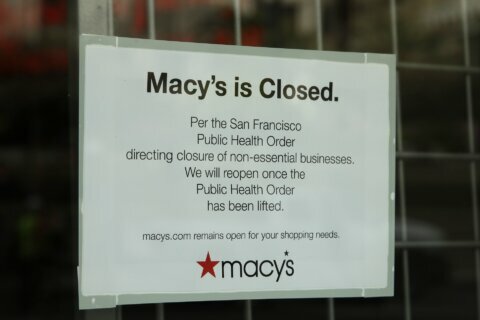