SPRINGFIELD, Ill. (AP) — A federal bribery charge against an Illinois state legislator has led to questions about whether lawmakers should be allowed to lobby other units of government.

The federal bribery charge last month against former Rep. Luis Arroyo laid bare the potential ethics tangle. Most states allow lawmakers to lobby outside state government, and Illinois isn’t even the least restrictive. Eighteen states, including California, have no restrictions on such lobbying.

Arroyo, a Chicago Democrat, is accused of attempting to bribe a senator to support his plan to legalize slot-like “sweepstakes” gambling machines. At the time, Arroyo was registered as a Chicago lobbyist, representing a company that operates the games before the City Council.

Such an arrangement can pit loyalties against each other, said David Melton, interim executive director of Reform for Illinois.

Democratic Gov. J.B. Pritzker promised a “comprehensive” ethics-reform review, including a potential ban on legislators lobbying and called the circumstances generated by Arroyo’s dual roles are “challenging and problematic.” No one answered a phone call placed Friday to the office of Arroyo’s attorney.

House Republicans have already produced a package of legislation, including a ban on lobbying by active legislators and a revamp of annually required statements of economic interest. Those forms’ broadly worded questions aimed at unearthing an officeholder’s financial situation and potential conflicts currently allow for answers of “None” or “N/A.”

Several members of the Illinois House and Senate are registered to lobby in Chicago — including Senate President John Cullerton, although reports filed by the Chicago Democrat show no lobbying activity since 2016. The reports are easily accessible online.

Illinois is not alone in allowing lawmakers to lobby. In Maryland, for example, it’s not unusual for a sitting legislator to be a registered lobbyist before Congress or in nearby Virginia. Lobbying lawmakers who face a potential conflict must disclose it in writing and may seek advice from the Legislature’s ethics counsel, said Delegate Kathleen Dumais, co-chairwoman of the Maryland Joint Committee on Legislative Ethics. She said a legislator who lobbies on Capitol Hill and faces a later vote on the same issue in the Statehouse should request permission to be excused from the vote.

One problem facing policymakers is definition. Chicago defines a lobbyist as anyone who represents someone else “to influence any legislative or administrative action.”

For Democratic Sen. Elgie Sims, a Chicago attorney, it means representing his law firm’s clients who have contracts with the Chicago Police Department, the Chicago Park District, and the Chicago Transit Authority.

For Rep. Jaime Andrade, it means using his expertise in building permits and zoning-amendment language honed during two decades as a Chicago City Council aide and legislative assistant before joining the Legislature in 2014.

“I’m a paper-pusher,” said the Democrat who first registered as a lobbyist while seeking income during the 2015-17 state budget crisis which halted lawmakers’ pay. “I know what the holdup is, and I know what the process is. People are overwhelmed by the process and the time it takes.”

Some ethics advocates suggest prohibiting legislators from earning any outside income. Others counter that would discourage talented people from seeking office. The base legislative salary is $69,464.

Rep. Michael Zalewski, a Riverside Democrat, last registered as a Chicago lobbyist in 2015 when he worked for a law firm that required more active intervention with city officials on clients’ behalf. His new law firm represents dozens of gambling interests, and this year he relinquished his involvement in legislation to legalize sports betting after facing criticism, even though he had sought an opinion from the House ethics officer, who had approved his participation.

“There will be a conversation in the very near future about what lobbying entails at the state and local level and the times when, as an attorney or as a member of another profession, you’re required to register because you’re meeting with a government official,” Zalewski said. “It’s all getting harder and harder to navigate.” 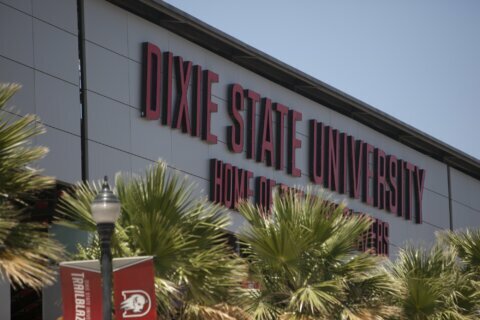