McDonald’s says it’s setting itself up for future growth by investing now in advances like voice recognition ordering technology. But for some investors, the short-term financial pain is hard to swallow.

McDonald’s net income dropped 2% to $1.6 billion in the third quarter as it rapidly remodeled stores and expanded delivery. Quarterly earnings at the Chicago company were flat at $2.11 per share. Wall Street was looking for per-share earnings of $2.21, according to analysts polled by FactSet.

Last month, McDonald’s acquired a Silicon Valley voice recognition startup called Apprente, with an eye toward using it to take orders at drive-thru windows. The company plans to build a Silicon Valley tech lab around that acquisition. Earlier this year it spent $300 million to buy Dynamic Yield, an Israeli startup that helps it provide customized recommendations at drivethru windows based on things like weather, restaurant traffic and customer order patterns.

Still, analysts on a conference call noted that McDonald’s U.S. restaurant traffic was down in the third quarter, an issue that has plagued the company for more than a year. They noted that some competitors, like Chipotle Mexican Grill, are seeing traffic growth without big tech investments.

“Our intent is to set ourselves up for sustainable long-term growth,” Chief Financial Officer Kevin Ozan said. “Those who aren’t at some point will be behind and will need to catch up.”

McDonald’s said global sales rose 5.9% at restaurants open at least 13 months. That was better than the 5.4% increase analysts were expecting, according to FactSet. In the U.S., comparable sales were up 4.8%, below investors’ expectations.

Easterbrook said delivery — which is now available at 60% of McDonald’s 38,308 restaurants globally — is a growing contributor to revenue, with customers spending twice what they would spend if they ate in the restaurant. McDonalds’ says delivery will be a $4 billion business this year, up from $1 billion three years ago. The company partnered with DoorDash in the quarter to make deliveries in the U.S. It also has a partnership with UberEats.

Easterbrook said the company is trying to quickly learn what kinds of customers order the burger so it can market and stock it correctly. 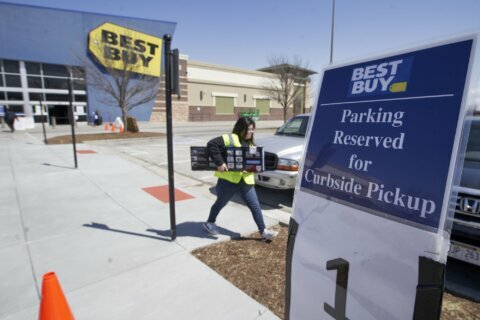 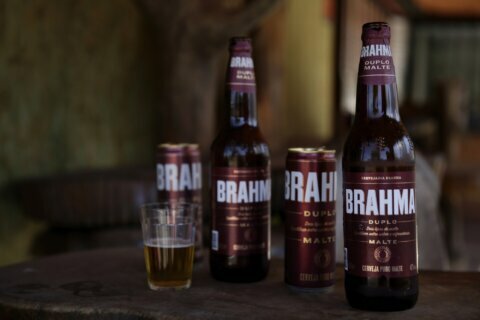 Campaign brewing to get Hindu god Brahma off popular beer