DETROIT (AP) — The Latest on the United Auto Workers strike against General Motors (all times local):

Contract talks aimed at ending a strike by 49,000 auto workers against General Motors have extended into late Monday afternoon.

Earlier he said both sides had agreed on about 2% of the contract language, leaving 98% left to negotiate.

Talks broke off during the weekend but resumed at 10 a.m. EDT Monday.

Workers went on strike just after midnight, bringing more than 50 GM factories and parts warehouses in the U.S. to a standstill.

President Donald Trump says he hopes the union strike against General Motors is a “quick one” and that both sides work things out.

Trump is telling reporters that he doesn’t want the car company to build plants outside the U.S. and says he has a great relationship with auto workers.

More than 49,000 members of the United Auto Workers went on strike Monday against the car giant due to a dispute over a new four-year contract, bringing more than 50 factories and parts warehouses to a standstill.

It’s the union’s first walkout against the No. 1 U.S. automaker in over a decade.

Michigan Gov. Gretchen Whitmer is supporting autoworkers who are striking against General Motors.

Spokeswoman Tiffany Brown says Whitmer is closely monitoring the strike and supports working peoples’ rights to negotiate together for better wages, benefits, working conditions and more time to spend with their families.

More than 49,000 unionized GM workers walked off their jobs just after midnight Monday.

Whitmer says she is hopeful that the UAW and GM can negotiate and ratify a new contract quickly, because getting autoworkers back on the job as quickly as possible is important to Michigan’s economy.

A top United Auto Workers official is telling General Motors that if the company had made its latest offer earlier, the union may not have gone on strike.

The letter from UAW Vice President Terry Dittes (DIT-ez) to GM’s chief bargainer says the company waited to make the offer until two hours before the contract expired Friday night. He says it would have been possible to reach an agreement and avoid a strike if the company moved sooner.

More than 49,000 GM workers walked off their jobs just after midnight Monday.

Dittes writes that they still have to resolve differences over wages, pay increases for new hires, health care, job security and other issues.

More than 49,000 members of the United Auto Workers walked off General Motors factory floors or set up picket lines early Monday as contract talks with the company deteriorated into a strike.

Workers shut down 33 manufacturing plants in nine states across the U.S., as well as 22 parts distribution warehouses.

It wasn’t clear how long the walkout would last, with the union saying GM has budged little in months of talks while GM said it made substantial offers including higher wages and factory investments.

It’s the first national strike by the union since a two-day walkout in 2007 that had little impact on the company.

Contract talks were scheduled to resume at 10 a.m. EDT on Monday. 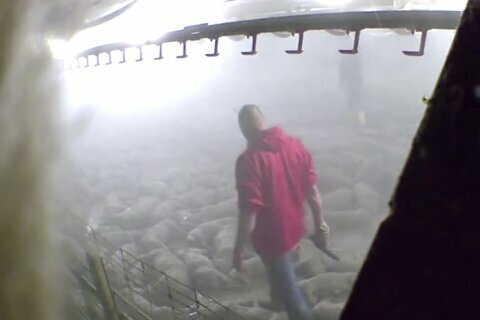 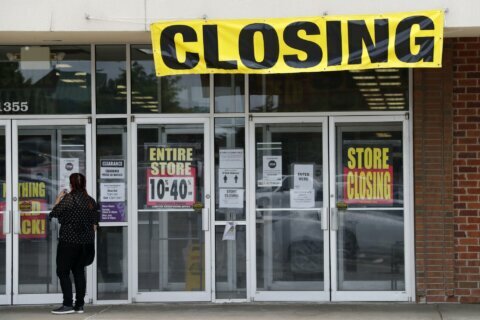