The beleaguered San Francisco-based chain also reported comparable sales declines at its three top brands, including at Old Navy, once a bright spot.

The downbeat performance announced Thursday comes six months after the retailer said it was creating two independent publicly traded companies — low-priced Old Navy and a yet-to-be named company that will hold the iconic Gap brand and Banana Republic, as well as the lesser known names Athleta, Intermix and Hill City.

Gap Inc. has said the spin-off will enable each of the two companies to focus on flexibility and pare down costs.

“We are operating in a challenging environment, but I remain confident in the strength of our brands and our plans for the future as we work to launch two independent, public companies,” said Art Peck, the company’s president and chief executive officer.

Like many mall-based clothing chains, Gap is struggling to turn itself around as shoppers go online or to discounters like T.J. Maxx for their clothing. But Gap, which defined casual dressing in the 1990s, has also long struggled with its own deep-rooted problems — its offerings have failed stand out from that of its rivals.

The chain has been promising investors that a turnaround is in the making. Instead, it keeps having to discount its merchandise to get customers into its stores. Now, it’s turning to new ways to grab customers. Earlier this month, its Banana Republic division, following other clothing competitors, announced it was launching an online subscription service.

But the latest results show Gap has a long way to go.

“Gap is a company in retreat,” said Neil Saunders, managing director at GlobalData Retail. “Its profits and sales are in decline and it doesn’t seem to have many credible plans to reverse that position.”

The results surpassed Wall Street expectations. The average estimate of 10 analysts surveyed by Zacks Investment Research was for adjusted earnings of 52 cents per share. That compares with $297 million, or 76 cents per share, in the year-ago period.

Gap affirmed its full-year earnings in the range of $2.05 to $2.15 per share. Gap says it still expects comparable sales to be down low-single digits for the current fiscal year.

Gap shares have decreased 31% since the beginning of the year, while the Standard & Poor’s 500 index has risen 17%.

Elements of this story were generated by Automated Insights (http://automatedinsights.com/ap) using data from Zacks Investment Research. Access a Zacks stock report on GPS at https://www.zacks.com/ap/GPS 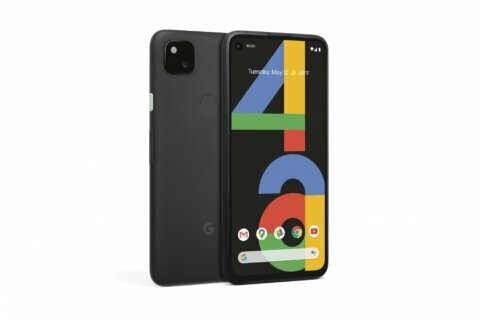 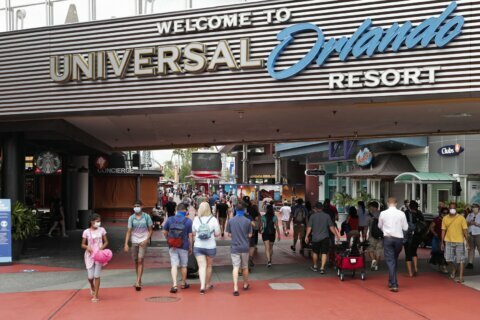 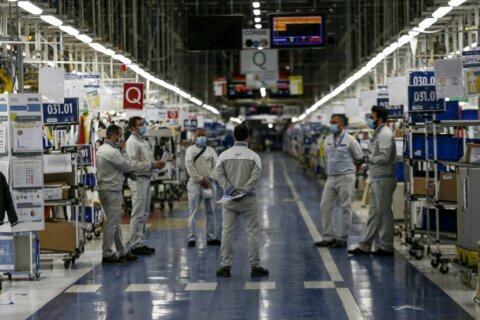