Edmunds: 7 used car tech features that might surprise you

Automakers have introduced a flurry of new automotive safety and convenience technology features the past few years. Close-to-new vehicles with these features are now increasingly showing up on dealership lots as used vehicles. The upshot: You don’t have to buy a new car to get modern convenience and safety features.

Picking a used model coming off a two- or three-year lease, in particular, is an ideal opportunity. Edmunds has identified seven desirable technology and safety features to look for. We’ve also provided example vehicles that have that particular feature.

Adaptive cruise control makes driving on the highway easier by automatically maintaining a safe distance between you and the vehicle in front. This feature debuted on high-end luxury cars roughly two decades ago, and it has now trickled down to less expensive vehicles. Adaptive cruise control is typically an option on slightly used cars, and you can find it on affordable vehicles such as the 2016 Honda Civic and 2016 Mazda 3.

Apple CarPlay and Android Auto are two systems that allow you to easily control some smartphone apps through your vehicle’s infotainment display. Doing so can add functions such as navigation and streaming audio to a vehicle that might not otherwise have them. These systems help reduce driver distraction as well. Manufacturers began offering these two systems in the 2016 model year. However, Apple CarPlay and Android Auto can be added to certain older models, including the 2014 Kia Soul and 2015 Hyundai Sonata.

There are few things more distracting at night than a car behind you with overly bright headlights. Auto-dimming mirrors alleviate this problem by darkening the surface of the mirror to eliminate the intensity and glare of the light. This feature is standard on many lightly used luxury cars, including the Mercedes-Benz GLC SUV and Lexus IS 300 sedan. It’s also widely available on high-trim versions of standard vehicles.

An automated parking system takes the stress out of parking by computer-controlling most of the process. Not all systems are created equal, however, and they don’t always offer both perpendicular and parallel parking. Some automate acceleration and braking, while others keep those functions under the driver’s control. These systems are relatively new, but you can find them on slightly older luxury vehicles such as the BMW i3 or Jaguar XJ and wallet-friendly cars such as the Volkswagen Golf and Ford Escape.

A blind-spot monitor (BSM) uses sensors to identify any vehicle that might be outside your peripheral vision. A light on the outside mirror or inside the car illuminates whenever a vehicle is in your blind spot. The system also sounds an alert if you activate your turn signal when a vehicle is in your blind spot. BSM debuted on luxury and expensive versions of non-luxury vehicles in the late 2000s. Starting with the 2016 model year, you’ll typically find BSM available on top trim levels of non-luxury cars, or as part of a safety package on luxury vehicles.

Automakers are increasingly swapping out traditional halogen headlights for high-intensity discharge (HID, or xenon) and LED headlights. These new headlights started to appear on high-end cars in the early 1990s, giving them an association with luxury that continues to this day. Besides giving a car an upscale appearance, these headlights typically provide better road illumination. By 2016, a lot of non-luxury vehicles started to offer HID and LED lights. The 2016 Toyota Corolla and Toyota RAV4 are examples of affordable cars with standard LED lighting.

Ventilated seats cool down passengers by either blowing cold air on their backsides or sucking in hot air and dispersing it elsewhere. A few years ago it was unusual to find this feature in non-luxury cars. High-trim versions of Hyundai and Kia models were the exception — a ventilated driver’s seat was optional on the compact Kia Forte, for instance. Seat ventilation is now much more widely available, though this feature is typically reserved for the most expensive trim levels.

EDMUNDS SAYS: If you want most of the safety and tech features offered on a new car but also want to save some money, a lightly used vehicle might be the way to go. In particular, vehicles coming off-lease cost a fraction of new models but have many of the same features.

This story was provided to The Associated Press by the automotive website Edmunds. Cameron Rogers is a reviews editor at Edmunds. Twitter: @_crogers.

— Edmunds: Used Car Tech That Might Surprise You: https://edmu.in/2Klr6jv 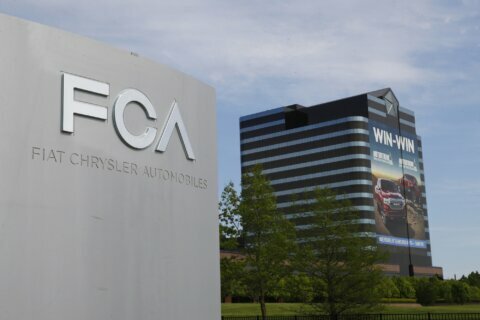 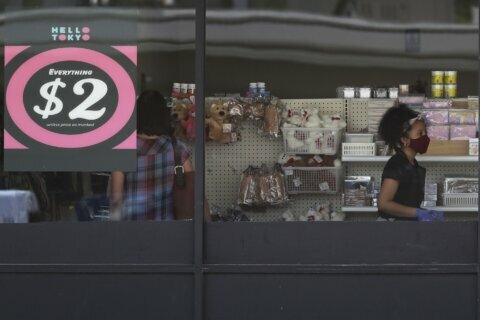 US retail sales rise for 3rd month but slowdown expected 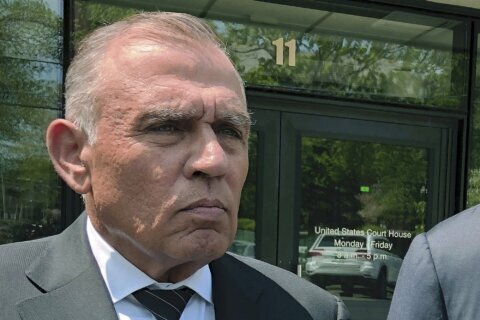