AARP chief: How living to 100 changes our ideas about aging

Jo Ann Jenkins is the CEO of AARP, the world’s largest nonprofit, nonpartisan membership organization. AARP is focused on helping…

Jo Ann Jenkins is the CEO of AARP, the world’s largest nonprofit, nonpartisan membership organization. AARP is focused on helping people “improve their quality of life” as they age; it has more than 38 million members.

Jenkins joined AARP in 2010 and became CEO in 2014. Previously she was chief operating officer at the Library of Congress, one of her many roles in public service. She is the author of “Disrupt Aging: A Bold New Path to Living Your Best Life at Every Age,” a book about changing society’s views on aging. She is the first woman to be named CEO of AARP on a permanent basis.

Answers are edited for length and clarity.

Q: AARP focuses on people over 50, what a massive slice of the population.

Q: And that money, what are they spending it on?

A: They usually are spending it on the same kind of things as millennials: home, entertainment and health care. I would put those three things at the top of their list.

Q: Something you talk about in your book is challenging outdated beliefs about retirement and aging. What do you see as some of the most common misconceptions?

So if you look at the 100 year lifespan, how do we start changing that perception of aging? How do we think about life if in fact 50% of us may soon be living to be 100? How do we rethink adolescence? How do we rethink work? Do we really have to stay in one place for 30 years like our parents did? Or are we going to have three and four totally different careers over the course of a lifetime?

So the book is about shattering those outdated beliefs and stereotypes — even the idea that everybody wants to retire at 62.

So all those misperceptions of what people want when they retire or what they want to do in their older life I think is being totally torn apart by the idea that people are going to live longer, healthier — and hopefully in better financial shape — than they had in the past.

Q: Speaking of financial shape, retirement savings — or the lack of — is a huge concern. What do you see as a priority to help ensure that everyone doesn’t spend their old age in poverty?

A: Well that’s exactly why we hope that people are saving their own money, that hopefully they have a pension or 401(k) at their place of work and that they’re not solely dependent on Social Security because we think you have to have all three of those.

Also, when Social Security was put in place, people were retiring earlier and living shorter lives. It’s all the more reason we need to address these issues of Social Security solvency and also adequacy so that it’s here for not just our generation but generations to come.

A: I’ve always worked in jobs that are focused on giving back and helping others, whether it’s in government service or in the private sector. And AARP had asked me if I would come to head up their charitable arm, which focuses on low income and vulnerable individuals. After two years I was asked to come to AARP the parent to be the chief operating officer and then 18 months later to be the CEO.

So when I came to AARP, my intention was to be running the foundation for a long, long time. But you know I’m here in the CEO position and I love the work that AARP is doing. And I tell the staff all the time that I get excited to come to work every day knowing the impact we can have. Not many people get to work in a job that they love and so I find myself fortunate to be in this position.

My message is really how do we start looking at aging in a positive way? For many of us it’s our own perception of aging that is the bigger problem than societal reflection of it.

I know for me, I’m living at 61 very different than my parents lived when they were 61. And we are all still in the workplace and we’re all being very productive and I think that what’s important is that this age cohort is living very differently and contributing to society and is not just being a burden in terms of their cost, but they really are the backbone of the economic activity in the U.S. 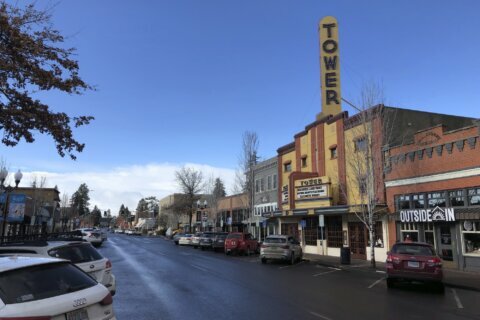 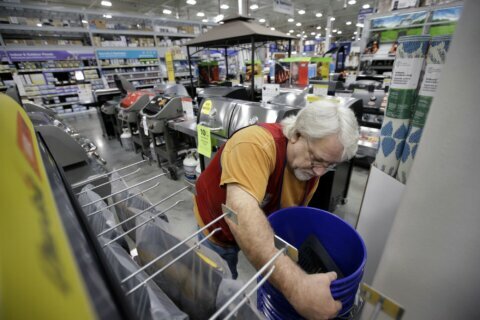